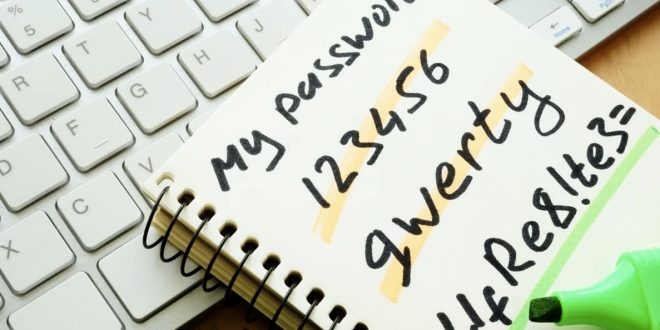 The Most popular passwords in 2022 are as absurd as ever

The cybersecurity specialists at NordPass have discovered the passwords that will be used the most frequently in 2022. According to their analysis, “password” was the most frequently used password in the UK this year, appearing in over 4.9 million different places. The most widely used password in the US was “guest,” which was followed by “123456”, “password,” “12345,” and “a1b2c3.”

The incredibly creative “123456” followed by “guest,” last year’s winner, came in at number 2 in the UK. The UK list included numerous references to soccer (football to Americans) as well as a ton of passwords that are simple to remember and write quickly, such “qwerty.”

Passwords like “Daniel,” “Thomas,” “Jordan,” “Michael,” “Marina,” and “Jessica” proved to be popular in the English-speaking globe. People’s names were another recurring motif.

By sorting through 3 terabytes of data on cybersecurity incidents with the aid of independent researchers with expertise in this area, Nordpass arrived at their conclusions. After segmenting the data into a variety of verticals, they were able to conduct a statistical analysis based on factors such as location and gender.

The lesson of the story is obvious: a lot of individuals use weak passwords, which puts them at greater risk of cybersecurity attacks. Choose a lengthy, distinctive password with a wide variety of characters if you want your data to remain secure. It’s not a good idea to use the same password across various accounts.

If you find it difficult to remember a variety of complex passwords, you might want to consider utilizing a password manager, which will securely store all of your log-in information in a virtual safe.

The full list of the top 20 passwords in use this year in the UK is as follows:

Tags slider The Most

As long-time IT enthusiasts, gamers and gadget fanatics, Mark and I have been working in the industry for a long time and we both have a vast experience in dealing with smartphones, tablets, PC and console hardware and everything tech-related. My list of industry insiders is long-enough to allow me to get insights into what's going on in the technology field and provide my readers with interesting and timely updates. I focus on brief, to-the-point reporting, keeping the "bla bla" to a minimum and making sure my readers get easy access to important information and updates. I mainly specialize in Android-based mobile devices, leaving iOS and Apple devices in Mark's capable hands.
Previous In just a few months, Asahi Linux for Apple Silicon has advanced significantly
Next Shadow introduces a cloud storage platform Dark Drive

TechCrunch has verified and confirmed that VerSe Innovation, the $5 billion Indian startup that created …