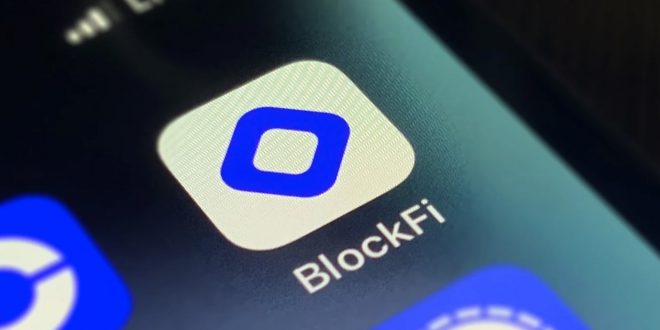 The crypto lending marketplace BlockFi has had a busy year, and today was no exception as the business released an announcement that it had voluntarily filed for Chapter 11 bankruptcy in the United States Bankruptcy Court for the District of New Jersey.

The cryptocurrency network tweeted on November 10 that it has halted all activity, including withdrawals, and on Monday it said that “activity continues to be paused at this moment.”

For the benefit of all of its clients and other stakeholders, the bankruptcy was started in order to “stabilize its operations and give the company the opportunity to finalize a comprehensive restructuring deal.”

BlockFi claims to have cash on hand of $256.9 million, which it will utilize to “provide sufficient liquidity to support some operations during the reorganization process.” However, according to court records, BlockFi owes a list of creditors unsecured claims totaling up to $729 million. FTX, which has the second-largest unsecured claim against BlockFi with $275 million, was one of its debtors.

The business stated that its primary focus will be on collecting all debts owing to BlockFi and counterparties like FTX.

According to a tweet from Zac Prince, the CEO of BlockFi, FTX signed a contract with the option to purchase BlockFi for up to $240 million in July. Since then, things have become worse as FTX folded and declared bankruptcy under Chapter 11, weeks before BlockFi. The company anticipates that FTX recoveries may be delayed as a result.

According to a court document, the company claimed that it has a total of over 100,000 creditors spread throughout a sizable range of $1 billion to $10 billion in liabilities and assets.

A number of businesses with a focus on cryptocurrencies, including Voyager and Celsius, have recently announced bankruptcy.

BlockFi completed a $350 million Series D investment round in March 2021, valuing the business at $3 billion at the time. The round was co-led by Bain Capital Ventures, partners of DST Global, Pomp Investments, and Tiger Global, with support from a number of additional businesses.

According to a press release in February, BlockFi was accused by the U.S. Securities and Exchange Commission (SEC) of violating the Investment Company Act of 1940’s registration requirements and failing to register its retail crypto lending product earlier this year.

BlockFi consented to settle the allegations by paying a $50 million fine to the SEC as well as an additional $50 million in fines to 32 U.S. states to resolve related allegations. The SEC is owed $30 million by BlockFi, according to a document made on Monday.

As long-time IT enthusiasts, gamers and gadget fanatics, Mark and I have been working in the industry for a long time and we both have a vast experience in dealing with smartphones, tablets, PC and console hardware and everything tech-related. My list of industry insiders is long-enough to allow me to get insights into what's going on in the technology field and provide my readers with interesting and timely updates. I focus on brief, to-the-point reporting, keeping the "bla bla" to a minimum and making sure my readers get easy access to important information and updates. I mainly specialize in Android-based mobile devices, leaving iOS and Apple devices in Mark's capable hands.
Previous How Does Your Digital Footprint Change After Death?
Next For their tiny medication delivery robots, Bionaut Labs receives $43.2 million