Home / News / Internet / This explains why the cost of streaming Netflix, Disney Plus, and HBO Max keeps rising 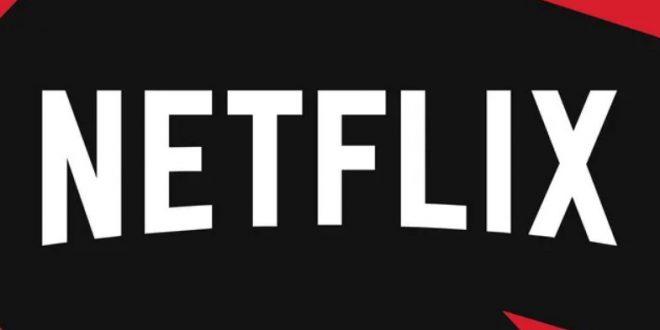 A lose-lose dilemma exists. Others lose money by distributing it on their own networks, while some streamers lose money by paying to have material on their platforms. The outcome? price increases
The cost of streaming services just keeps rising. This year, pricing increases were announced by Netflix, Hulu, Disney Plus, ESPN Plus, and Apple TV Plus. As a result, we now have to pay more to watch shows like Andor or Stranger Things, which are truly relevant.

The fact is that this pattern won’t go away anytime soon. If streaming services want to meet the expectations of investors, they must either increase their rates or turn to advertising. They’ll just have to take the chance of losing customers along the way who don’t want to pay these exorbitant costs.

A normal Netflix subscription back in 2011 only cost $7.99 per month, which was $1 more expensive than the ad-supported package Netflix introduced last week. In 2013, the business launched its $11.99 per month 4K premium subscription, and things only got more costly from there. Over the following few years, Netflix increased all of its plans’ prices by $1 or $2.

The most expensive Netflix subscription increased from $11.99 to $13.99 in 2017, while the regular plan increased from $9.99 to $10.99. The company at the time ascribed the increase to the inclusion of fresh, exclusive features and content. Netflix continued to raise its prices in 2019, bringing the premium price to $15.99, the standard plan to $13.99, and increasing the basic option for the first time to $8.99. However, this was certainly not the end of Netflix’s price rises. Netflix increased the cost of its standard and premium plans by $2 in 2020 before raising them once more earlier this year.

We paid $19.99 for a premium plan, $15.49 for the standard plan, or $9.99 for a basic subscription to get to where we are now. However, Netflix is not the only provider. Earlier services like Disney Plus and Apple TV Plus (both of which debuted in 2019) all increased their pricing this year, and Hulu raised the cost of its ad-supported subscription for the first time last year.

As the streaming market continues to develop and more consumers have committed to their preferred streaming services, streaming providers aren’t profiting as much from acquiring new members as they once did. A streaming service was used by 85% of US households as of December 2021, according to data analytics company Kantar. With only a 2% year-over-year growth, there is little possibility for expansion.

According to Eric Schmitt, a research director and analyst at Gartner, streaming TV is currently in its adolescence. “The land grab’s early stages are coming to an end. We’re approaching a stage where the service providers must convince their investors that their operations are feasible.

Additionally, platforms like Netflix don’t profit from selling content licensing to other platforms. Exclusive to its service, Netflix’s original programming costs money to acquire the rights to use other studios’ works on its platform. That’s why the service acted after reporting in April that it had lost subscribers for the first time in more than ten years, and after suffering further losses totaling millions in the months that followed. Since then, the company has launched an ad-supported tier and plans to crack down on password sharing next year in an effort to diversify its revenue stream and drive away current subscribers. Additionally, it set a $17 billion ceiling on content spending for the years through 2023 and possibly the following few.

Apple TV Plus is in a similar bind as Netflix since it only makes money by luring members rather than by distributing the content it spends money producing. Apple increased rates for all of its services, including Apple TV Plus, last month. The company cited “an increase in license fees” as the reason. Even though the business hasn’t yet used advertising to offset any of these costs, it’s almost certain that it will.
Schmitt asserts that “I think ad-supported is an inevitable state for practically every service,” noting that some users will put up with commercials in exchange for a discounted membership rate. There have been a few reports about Apple TV Plus possibly including advertisements. According to a new story from DigiDay, Apple has been in discussions with media companies to add advertisements to the service. Bloomberg claims that it is also developing an advertising network around its agreement to stream Major League Soccer matches.

However, even if a streaming service is able to make some extra money by licensing content to other platforms, this creates a new issue that drives up prices. Take Disney as an example, which heavily relies on its own content to saturate the libraries of Disney Plus and Hulu.

Disney suffered a $1 billion loss earlier this year in order to terminate an undisclosed license agreement early and get the material on its own platform. Disney didn’t say what content was in issue, but some believe it had to do with the firm repurchasing Marvel shows Netflix developed in the middle of the 2010s, like Jessica Jones and Daredevil, which are currently available on Disney Plus. Disney is forced to raise prices in order to make up for this loss because it can neither create nor maintain lucrative deals like these.

And that’s precisely what Disney did; starting in December, the cost of Disney Plus will increase from $7.99 to $10.99 per month, while the ad-supported Hulu plan has already gone from $6.99 to $7.99 per month, with the ad-free version rising from $12.99 to $14.99 per month. Even ESPN Plus saw a price increase in July, which helps to explain why 40% of customers have chosen to purchase Disney’s bundle, which offers all three services at a discounted rate.
According to Schmitt, “the expense of producing and distributing the material is reflected in the price of streaming services.” And according to me, the market is finally catching up to the underlying physics of those expenses.
The majority of Paramount’s revenue still comes from the licensing of its content to other providers.

Disney Plus increased its US subscriber base by 9 million over the past several months, but it still lost $1.5 billion in direct-to-consumer revenue because of “increased programming and production costs” and a dearth of movies that were available for streaming immediately. Disney has also decided to use the ad-supported strategy and will launch the new $7.99 per month tier on December 8th in an effort to further reduce its losses.

While many businesses are raising prices because they simply cannot afford not to, it appears that some others are simply jumping on the bandwagon because everyone else is. Naveen Chopra, the chief financial officer of Paramount, essentially acknowledged this on an earnings call earlier this month. According to a number of competing services, “I think it’s fair to conclude that pricing is rising higher across the market,” Chopra said. “We believe that means there is room to raise the price.” The fact that Paramount Plus hasn’t raised its pricing in the US yet is likely due, at least in part, to the fact that it continues to profit from the licensing of a huge quantity of its material to other services.

The majority of the Star Trek franchise and an iCarly reboot are exclusively available on the platform, but much of Paramount’s content is available elsewhere, including South Park on HBO Max and the huge hit Yellowstone on NBC Peacock. While this might bring in money immediately, it doesn’t help the streamer develop a compelling collection like Netflix. Though it does appear that Paramount is making an effort to get out of the situation it has found itself in because it increased subscriber numbers by adding only Halo and Yellowstone spinoff 1883. In addition, the service will release the 1923 prequel to Yellowstone in December.
Additionally, I would include HBO Max, but the megamerger between Discovery and its parent firm has caused a dumpster fire that deserves its own post. Warner Bros. Discovery CEO David Zaslav, as The Verge’s managing editor Alex Cranz notes, is focused on “making as much money as cheaply as possible,” which entails deleting a lot of content and profiting from films that are first screened in theaters before being added to the service, doing away with the straight-to-streaming model. Although Zaslav hasn’t yet mentioned a subscription price increase, he did say that if the current ad market doesn’t improve, it “is going to be hard” to meet the company’s $12 billion earnings forecast.

The way streaming services are currently set up, everyone loses. I agreed to pay a base price for services like Netflix, only to be hit with recurring price increases and dubious value additions from shoddy original programming and cheesy rivalry television shows. Many of these businesses always had the intention of luring customers in with a low entry price and then ratcheting things up (Disney was especially upfront about it), but as prices rise, I anticipate that many customers will feel the same way I do and be prepared to say enough is enough. I’ll discontinue my Disney Plus or Funimation subscription when the time comes (because even that has increased).

As long-time IT enthusiasts, gamers and gadget fanatics, Mark and I have been working in the industry for a long time and we both have a vast experience in dealing with smartphones, tablets, PC and console hardware and everything tech-related. My list of industry insiders is long-enough to allow me to get insights into what's going on in the technology field and provide my readers with interesting and timely updates. I focus on brief, to-the-point reporting, keeping the "bla bla" to a minimum and making sure my readers get easy access to important information and updates. I mainly specialize in Android-based mobile devices, leaving iOS and Apple devices in Mark's capable hands.
Previous Youth “Gaming Addiction” Defeated by Strict Restrictions, According to China Report
Next Stewart Butterfield, the CEO of Slack, will reportedly retire in January