Home / News / Internet / According to new research, app downloads were unchanged in the fourth quarter 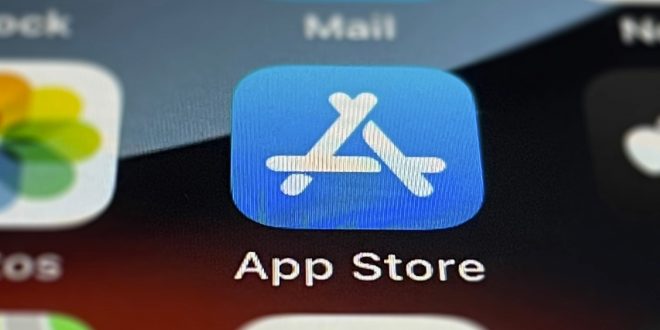 According to new research, app downloads were unchanged in the fourth quarter

According to a recent annual report released by data.ai, consumer spending on apps decreased 2% to $167 billion last year, signaling the first-ever slowdown in the global app economy. Downloads were also up 11% year over year, giving the impression that app adoption was still happening and was being particularly fueled by emerging markets. However, a more thorough examination of the fourth quarter shows that download growth has recently slowed during a season that is typically favorable for the app ecosystem. These new numbers are all the more surprising because the holiday season typically brings new phones and more free time for consumers to try new apps and games.

Mobile app adoption across the App Store and Google Play Store leveled off in Q4 2022, declining just 0.1% year over year to reach 35.5 billion new installs in the quarter, according to app intelligence company Sensor Tower.

The analysis is based on a per-user basis, so additional app downloads by the same user on various devices are not added to the total. Additionally, in order to show only new download growth, it does not count app re-installs. However, they are merely projections.

Even though the fourth-quarter trends weren’t enough to lower the overall year-over-year download growth metrics, it appears to be another sign of a stagnating app economy. This economy is undoubtedly still settling after the outsized growth experienced during Covid and is still influenced by general macroeconomic forces, which also have a significant impact on the amount of money spent on app marketing.

Another argument that could be made is that the years of expensive commissions on in-app purchases and app sales across the international app stores have now started to have an effect on the innovation happening in the broader app ecosystem. Companies will find it more challenging to weather a storm like a weak economy if they must share up to 30% of their revenues just to distribute their apps and games to a mobile audience. Additionally, when other markets have less stringent regulations, business owners might be less motivated to develop specifically for mobile. Consider the advancements in crypto and Web3, which were unable to fully transition to mobile due to app store policies and the platforms’ need to make money from in-app purchases. It’s not surprising to see a decline in downloads and spending when there’s so much pressure on app innovation.

This pattern is not just visible in the metrics related to the declining spending and stagnant app install rates.

The failure of the ecosystem is also evident in Apple’s top app for 2022, which was chosen by editorial staff. BeReal, a Gen Z social networking app, was named the “App of the Year” by the Cupertino company as a way to highlight the opportunity in developing for mobile. Although it may have become popular among young people, this app’s daily active users have fallen far behind its download numbers, and it currently has no business model because it doesn’t make money. Instead of app stores’ capacity to offer a platform where new ideas can easily monetize, VC funding is what keeps it alive. And as a result of an app marketplace that persuaded users for years that mobile software should be free, its developers are having trouble coming up with the kind of subscription or in-app purchases they can persuade their young users to pay for.

Then there are the apps that are competing with one another for the top spots on Sensor Tower’s list of the most downloaded apps in Q4 2022, including those from tech behemoths like Meta and ByteDance. There haven’t been many newcomers to this list in years, and the fourth quarter is no exception. 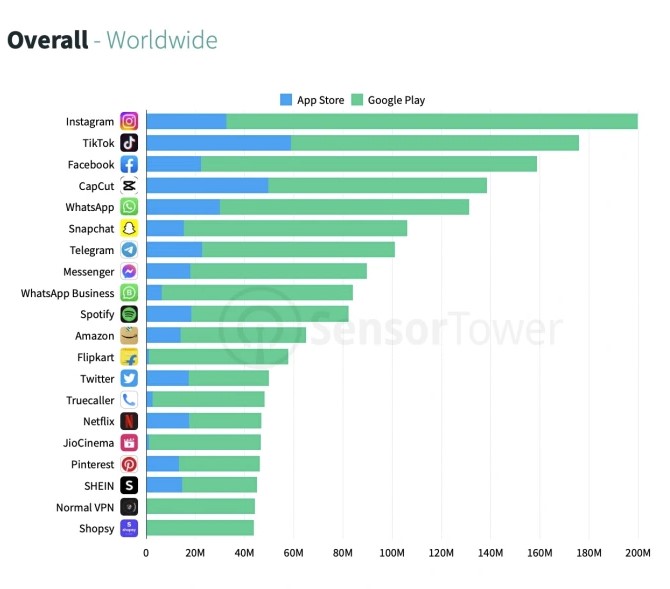 TikTok lost to Instagram for the top spot globally, and Meta’s other apps made it into the top 10. (Facebook at No. 3, WhatsApp at No. 5, Messenger at No. 8, and WhatsApp Business at No. 9.) The TikTok workflow has been expanded by ByteDance’s CapCut, which is No. 4. The usual suspects like Snapchat, Telegram, Spotify, Amazon, Flipkart, Twitter, and other well-known apps are among the other top apps.

Subway Surfers was the most popular game, followed by Candy Crush Saga, Garena Free Fire, Stumble Guys, Roblox, FIFA Mobile, and Ludo King. Nearly 292 million installs of Subway Surfers were recorded by year’s end, an increase of 48% from 2021. A bright spot in what was otherwise a quarter-over-quarter decline for mobile game installs was newcomer Stumble Guys, which rose to the No. 3 spot with over 184 million downloads. This is notable given that it was only released in 2021 while the other top five apps were released in 2017 or earlier.

Game downloads decreased 6.9% on the App Store while increasing 0.6% on Google Play. 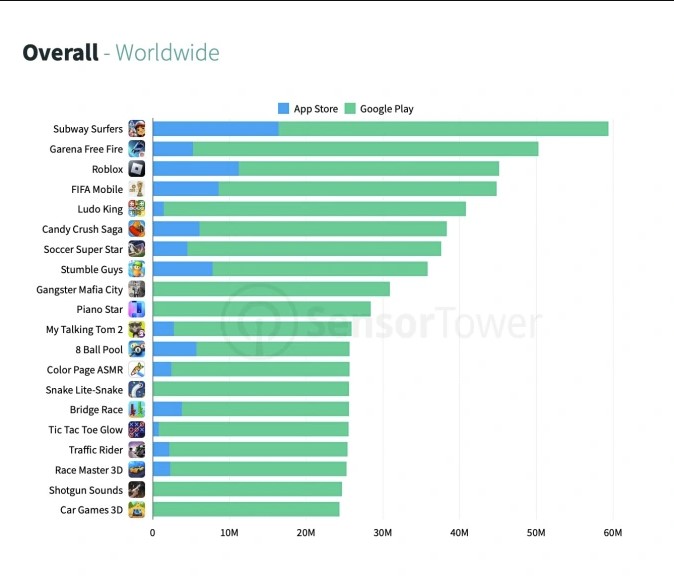 Games accounted for more installs (11.7 billion) on Google Play than all other categories combined (8.1 billion) on the App Store, but non-game categories on the Play Store saw a 1.5% year-over-year decline to 15.8 billion installs.

Given the fact that wider economic forces are undoubtedly having an impact on app adoption and spending, it is too soon to say whether or not current trends signify a final cooling off of the app store gold rush. Additionally, more people will download apps for the first time due to the launch of new app markets. However, the trend suggests that top app markets are currently somewhat saturated and that increased competition between app stores may be necessary to spur further innovation and growth.

As long-time IT enthusiasts, gamers and gadget fanatics, Mark and I have been working in the industry for a long time and we both have a vast experience in dealing with smartphones, tablets, PC and console hardware and everything tech-related. My list of industry insiders is long-enough to allow me to get insights into what's going on in the technology field and provide my readers with interesting and timely updates. I focus on brief, to-the-point reporting, keeping the "bla bla" to a minimum and making sure my readers get easy access to important information and updates. I mainly specialize in Android-based mobile devices, leaving iOS and Apple devices in Mark's capable hands.
Previous Holocaust denial hate speech lawsuit against Elon Musk’s Twitter in Germany
Next Crowdbotics raises $40M to assist developers in creating apps using modular code