Home / News / Internet / As of January 30th, Fortnite on iOS and Google Play will require users to be 18 or older 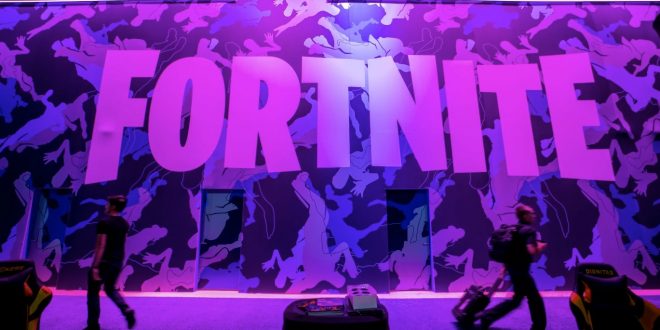 As of January 30th, Fortnite on iOS and Google Play will require users to be 18 or older

Players under the age of 18 will no longer be able to play Fortnite on iOS and Google Play as of January 30. Fortnite is still playable by users who already had it installed even though it was removed from the iOS, macOS, and Google Play stores in August 2020. However, it has been stuck on the v13.40 update and has been a little buggy. Beginning January 30, players won’t be able to use the game’s in-app currency, V-Bucks.

The company stated in a tweet that it wants all of its games to utilize the current set of Epic Online Services, which includes parental controls, default purchase settings, and parental verification features. We are unable to update the app on these platforms due to Fortnite’s limitations on Apple and Google.

We want all versions of our games to use the current suite of Epic Online Services including parental controls, purchasing defaults, and parental verification features. We are not able to update the app on these platforms given Apple and Google’s restrictions on Fortnite. (2/2)

Fortnite on iOS and Google Play devices cannot receive updates, despite the fact that Epic Games has addressed these issues with fresh updates. As a result, Epic Games’ only choice was to block access for anyone under the age of 18. The company is taking away the option to spend V-Bucks in response to the FTC’s complaint that Fortnite tricked players into making unintentional purchases.

Given that there are alternate ways to access the well-known game without using the App Store or Google Play stores, it’s important to note that the majority of players are unlikely to be impacted by the new restrictions that will go into effect in a few days. For instance, using GeForce Now will allow you to play the game on iOS or macOS. The game is also available for native Android download from the Epic Games website.

As long-time IT enthusiasts, gamers and gadget fanatics, Mark and I have been working in the industry for a long time and we both have a vast experience in dealing with smartphones, tablets, PC and console hardware and everything tech-related. My list of industry insiders is long-enough to allow me to get insights into what's going on in the technology field and provide my readers with interesting and timely updates. I focus on brief, to-the-point reporting, keeping the "bla bla" to a minimum and making sure my readers get easy access to important information and updates. I mainly specialize in Android-based mobile devices, leaving iOS and Apple devices in Mark's capable hands.
Previous Crowdbotics raises $40M to assist developers in creating apps using modular code
Next In TikTok’s expanded DM settings, users can now select who can message them