Alphabet’s Project Loon Balloons to be Tested in Indonesia 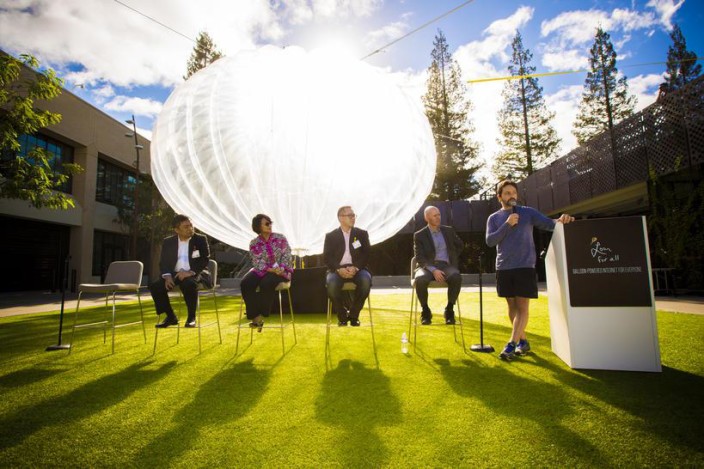 According to an announcement made by Alphabet, the company signed a memorandum of understanding with three major Indonesian telecommunications companies. These are Telkomsel, XL Axiata, and Indosat. The aim of this partnership is for Alphabet to test its Project Loon balloons in Indonesia starting 2016. This should be a major step for Alphabet’s Project Loon. While there were only 30 balloons released at its first test in New Zealand, this time they are considering to send up hundreds of balloons into the stratosphere. The Project Loon success would also be extremely important for Indonesian citizens also. At this moment, only one out of three residents have access to Internet. Alphabet’s Project Loon would make it possible for its balloons to take a signal produced from one of the three Indonesian telecommunications companies it partners with and make it available for more users. How this will be achieved? The signal taken from telecommunications companies will bounce from one balloon to another and this way cover areas which didn’t have Internet connection before.

The signal coming from Project Loon balloons can be intercepted by smartphone or other mobile devices that support LTE. This way Alphabet’s Project Loon could cover areas where installation of cellphone tower would be at least difficult if not impossible. Given Indonesia’s topography, there are lots of areas where it is impossible to deliver Internet via the custom ways. Alphabet’s Project loon may be the answer to this problem, making it possible for people to gain Internet access where they normally couldn’t.

The effort of delivering Internet access to the areas that lack it is great. Of course, Alphabet’s Project Loon was probably not launched only with the needs of people in mind. If Project Loon turns into a global success it also means that there will be a whole lot more Internet users of Alphabet products and services, which let’s face it, would be great for Alphabet.

Even if Project Loon is not necessarily a humanitarian project that only aims to deliver Internet access to those who don’t already have it, it’s certainly a great thing to connect even more people via the Internet. The floating cell towers, as they were called, could solve serious communication problems by delivering Wi- Fi to otherwise remote areas. Whether the Project Loon balloons are the cheapest and most effective way to achieve this still remains to be seen.

I have always been eager to try out any gadget I could get my hands on. I became a tech journalist so that I could always be around technology and see the newest devices. I use gadgets every day to make my work and life easier. I have enough experience to know If a device is actually improving my activity, offers something useful or new. I will post my honest opinions and judge a device as objectively as I can.
@https://twitter.com/Colin27Anderson
Previous Original Huawei Honor Zero Gearbest Promotion
Next OnePlus X- Release Date, Specs and Price