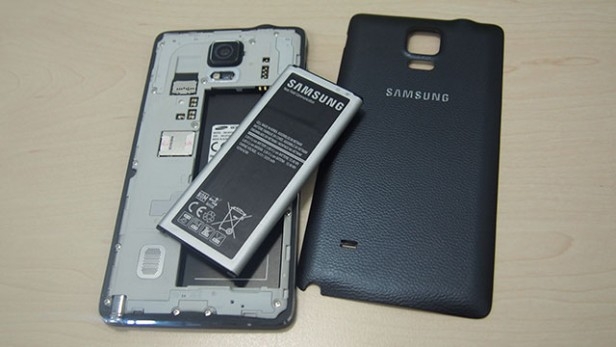 Samsung launched the Galaxy Note 5 this month after months of anticipation from fans and has surprised the smartphone community with yet another innovation in battery technology. The Galaxy Note 5 battery as well as the Galaxy S6 Edge Plus battery are equipped with Samsung’s high-end wireless charging standard that will let users charge their phones up to 80% in about 40 minutes or so. That means that the Note 5 and its edgy sibling are the fastest wirelessly charging phones on the market. But what about battery life?

Samsung’s Galaxy Note 4 is a champion at battery life, alongside last year’s Sony Xperia Z3 and Xperia Z3 Compact. The Galaxy Note 4 battery life averages about two days, which while might not sound like much is a lot for a smartphone touting a 5.7-inch QHD Super AMOLED display. With the power of the Exynos and Snapdragon chips that the South Korean manufacturer included in the Galaxy Note 4 build, the phablet became one of the best smartphones on the market.

The Galaxy Note 4 battery life, as well as its performance and features help this note-taking smartphone become the best smartphone of 2014. Since then, the handset has been outdone by many manufacturers, even by Samsung, but that doesn’t mean that it’s outdated. The number of problems that users have with this phone are significantly fewer than with other, newer Samsung devices, which makes the Galaxy Note 4 still a comfy, future-proof, premium smartphone.

Even though the Galaxy Note 5 is more feature-filled and quite improved compared to its predecessor, its battery life is currently not at the same level. Galaxy Note 4 battery life is still sigificantly better than that of its successor, which means the handset can still be considered the best investment one can make when they’re looking for a long-lasting device.

When it comes to Galaxy Note 4 battery life issues like draining or not keeping a charge for too long, few users are still experiencing them. The constant software updates from Samsung and Google have improved the user experience of the Galaxy Note 4 over the past year and the TouchWiz modifications that the company did in order to make the S Pen as useful as possible keep this handset at the top of the smartphone chain.

Those who are still experiencing bad Galaxy Note 4 battery life should either check back with the retailer or carrier that they bought the phone from for a replacement, or perform a couple of simple tasks (which should work for fixing bad Galaxy Note 5 battery life, too) such as clearing cache (which can occupy a lot of space on occasion, if you let it build up, so it’s an important step), doing the occasional full cycle charge (that means you let the phone discharge completely, set it to charge, don’t touch it until its back up to 100 % and repeat the process three times), or a plain factory reset.

These small things that you can do in a matter of minutes can drastically improve Galaxy Note 4 battery life. If they don’t and the problems persist, the best way to go is back to the manufacturer, unless you’re open to rooting the phone and voiding its warranty. One could always check out the Play Store for battery optimization apps for Android, but I wouldn’t recommend them, as they usually do more harm than good. The best way to go when it comes to such problems is the simple way.

Although an older device, the Galaxy Note 4 keeps its head high and its users happy. Samsung did a great job with this phone from all aspects and demonstrated that it can really listen to its user base and implement their feedback, which came as a pleasant surprise to fans. Although the company has strayed a bit from its original design language and approach, the changes they made are predominantly good, especially when talking about the Galaxy Note 4.

Tech Editor with lots of experience with PC hardware components, iOS and Windows-based mobile devices, and love keeping myself up-to-date with any developments in the industry, which I make my job in sharing with you, our readers.
Previous Huawei Nexus 6 – what we know so far
Next Moto G Android update schedule to 6.0 Marshmallow detailed