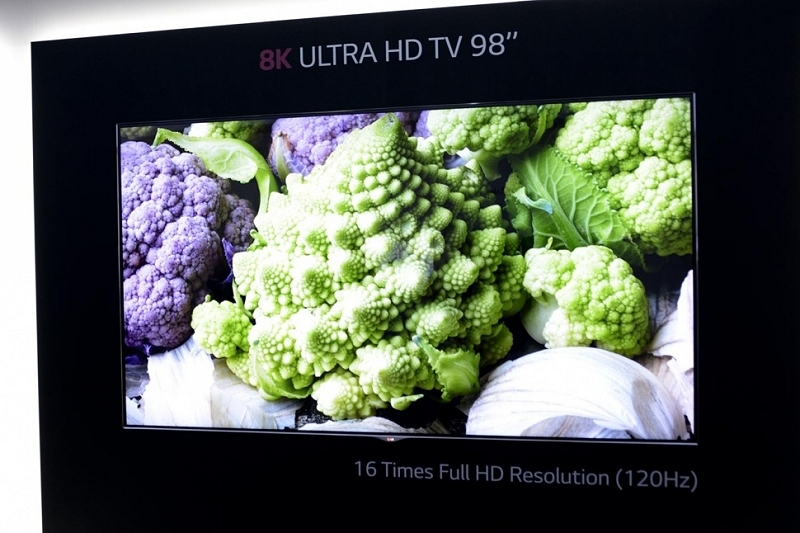 4K resolution awed the public last year, but it seems that LG won’t stop there. The electronics company prepared an amazing lineup of TVs for 2016, and the most dazzling piece of this lineup is their 8K resolution device, known as model UH9800. We still don’t know a lot about the 8K LG TV, but it seems to be a ginormous, 98-inch device, and it will definitely not be an affordable one, given the fact that the 8K screen delivered by Sharp costs $130000.

Although the 8K TV will definitely not be affordable for everyone, and the majority of us don’t have rooms big enough to need a 98-inch screen, the Korean company has something for the common people also. The company has an impressive lineup of upgraded 4K TVs that will turn your video experience into a more than amazing one. The UH8500 (55 to 75 inches) and UH9500 (55 to 86 inches) series now feature Color Prime Plus, which means that they are able to reach about 90 percent of the Digital Cinema Initiative’s expanded color range due to the fact that filters and LCD phosphors are mixed in these TVs. These models also feature a “True Black” panel and Contrast Maximizer, which will create a better contrast for your TV and will cut glare.

As for the interface of the smart TVs delivered by LG, it is safe to assume that all of the company’s devices will offer the webOS 3.0, which is really easy to use, and it is preferred by the majority of smart TV owners. The 4K TVs were quite expensive when they first appeared on the market, but given the fact that 8K technology is already on its way, we might see an impressive fall in prices. This way it is safe to say that in the near future everyone will find a 4K TV they can afford.

I have always been eager to try out any gadget I could get my hands on. I became a tech journalist so that I could always be around technology and see the newest devices. I use gadgets every day to make my work and life easier. I have enough experience to know If a device is actually improving my activity, offers something useful or new. I will post my honest opinions and judge a device as objectively as I can.
@https://twitter.com/Colin27Anderson
Previous Axis Vidius is the world’s smallest camera drone
Next Samsung Galaxy S5 Gets the Marshmallow Ahead of Time