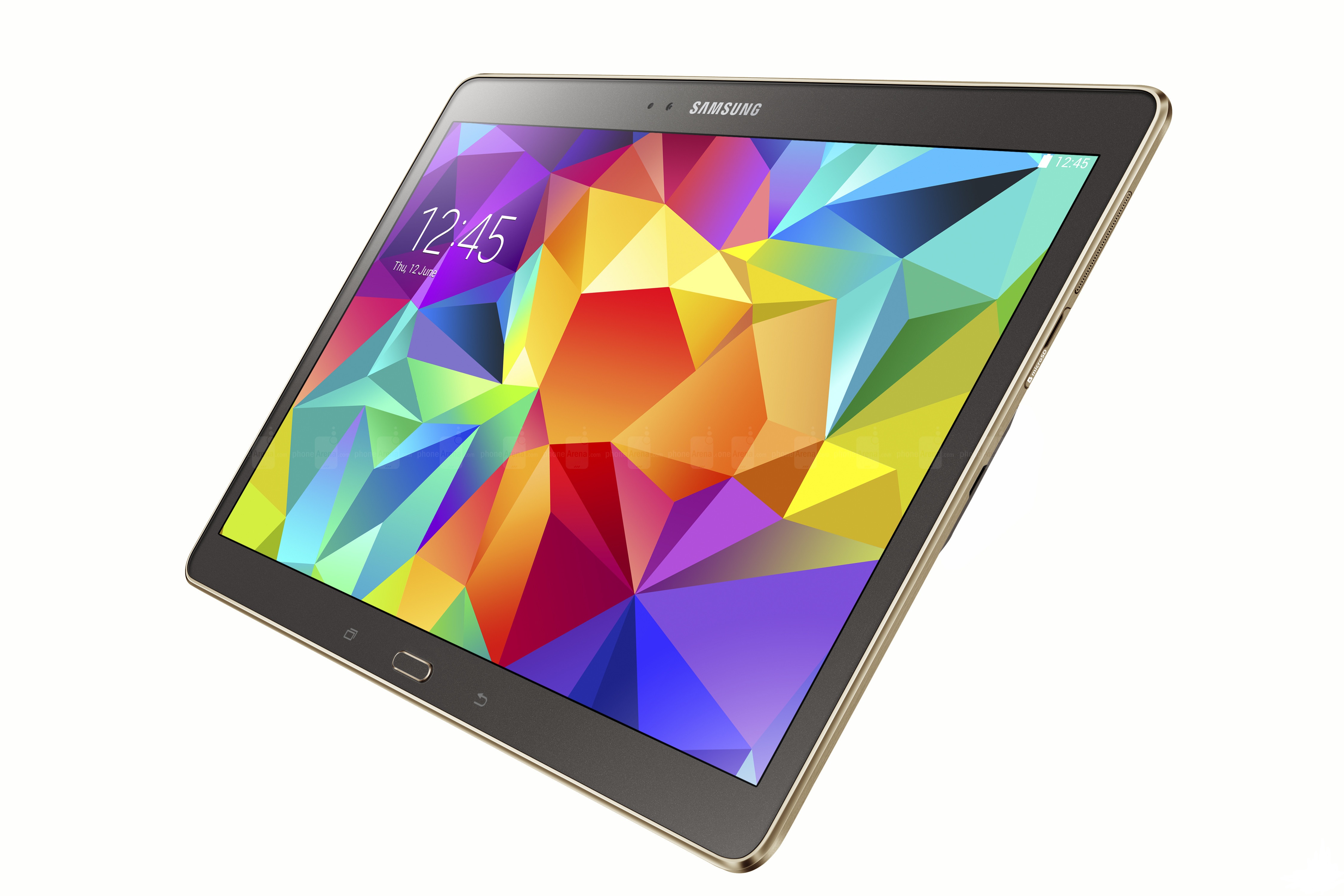 Were you bothered about T-Mobile’s lack of a decent Android-based tablet with LTE support? Problem solved it seems, as the popular Samsung Galaxy Tab S 10.5 tablet is coming to T-Mobile soon, in an LTE version, meaning you don’t have to hug your router anymore for a decent connection. The Samsung Galaxy Tab S 10.5 remains one of the most popular tablets on the market, at least among Android-based ones, and it’s doubtful it will be receiving any serious competition before the spring of 2015. Popping on sale with the carrier beginning with the 10th of December, T-Mobile is bringing the Tab S 10.5 LTE right on time for the Christmas shopping frenzy. With a reasonable price-tag, it might just be the perfect present option for your tech-savvy loved ones. Still, the tablet isn’t cheap, especially without a contract, being on the high-end spectrum of the tablet market.

However, there’s plenty of bang for your buck with the Tab S. First and foremost, you’re getting an impeccable 10.5 inch AMOLED display that runs an impressive 1600×2560 resolution. The hardware is nothing spectacular, but is more than enough to handle anything you throw at it, including the most demanding Android games. The tablet is powered by a 1.9 GHz Quad-Core Snapdragon CPU, combined with 3 GB and a 16 GB built-in storage, with MicroSD support, as you’d expect from Samsung. Battery life is surprisingly good, and an 8 MP back camera plus a 2.1 MP front-facing camera complete the package. The only real downsides to the Samsung Galaxy Tab S 10.5 are its relatively outdated and dull design (we’re getting more of the same, which is not a good thing in this particular case) and its slightly outdated (KitKat 4.4.2) OS and unnecessary bloatware.

The good news is that this is Samsung’s flagship tablet, so we’re expecting Android 5.0 Lollipop support for it around January. T-Mobile is offering the LTE version of the tablet for $649.92 contract-free, or is offering a two year deal with a $0 down-payment and a $27.08 monthly fee (remember to add those 4G costs to this amount though). All-in-all, this is certainly an interesting pre-Christmas deal, and the Samsung Galaxy Tab S 10.5 is definitely not a bad tablet to own, especially with LTE bundled up. The offer will begin on the 10th, but if you need more details, make sure to check out T-Mobile’s official page.

As long-time IT enthusiasts, gamers and gadget fanatics, Mark and I have been working in the industry for a long time and we both have a vast experience in dealing with smartphones, tablets, PC and console hardware and everything tech-related. My list of industry insiders is long-enough to allow me to get insights into what's going on in the technology field and provide my readers with interesting and timely updates. I focus on brief, to-the-point reporting, keeping the "bla bla" to a minimum and making sure my readers get easy access to important information and updates. I mainly specialize in Android-based mobile devices, leaving iOS and Apple devices in Mark's capable hands.
Previous Samsung Galaxy S5 gets Android 5.0 Lollipop in Europe
Next AMD’s R9 295×2 gets a significant price-cut