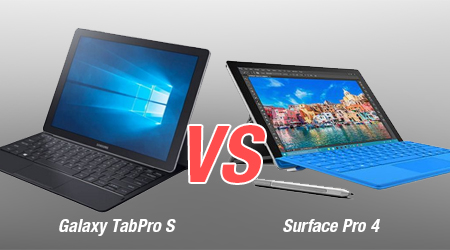 Samsung Galaxy TabPro S vs. Surface Pro 4 – The Pro Battle Is On

Only a few days of 2016 passed by and gadgets already started rolling out, especially thanks to the CES that took place these days. One of the devices that were unveiled this week is the Samsung Galaxy TabPro S, which was clearly intended to take over the tablet market immediately for Samsung. But is it powerful and impressive enough to do that? We thought that it would be a great idea to compare it to the Microsoft Surface Pro 4, which was one of the most amazing tablets of 2015, and see whether Samsung delivered a tablet that is good enough to take over the leadership or not. 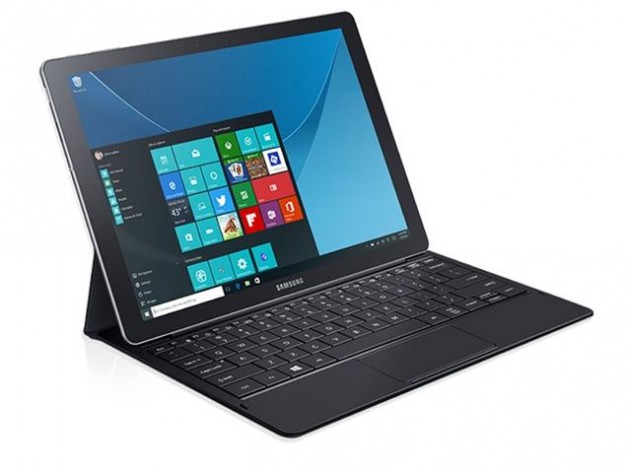 The recently unveiled Galaxy TabPro S has a really thin body, being only 6.3 mm (0.25-inch) thick, and it is amazingly light also, weighing 784 grams. Although the TabPro S looks like a premium device, it only has a metal frame, not a metal body, and a matte plastic back panel. The build of the tablet may not be impressive, but the super AMOLED display of the device will definitely impress possible customers. The 12-inch display of the TabPro S supports a resolution of 2160×1440 pixels and it offers a quite impressive 216ppi pixel density.  The images delivered by the latest Samsung tablet will be clear, sharp and the device will ensure a great visual experience. The tablet has two 5MP cameras, one placed on the back of the device, the other one on the front, and they are both capable of capturing good quality images.

The Galaxy TabPro S is powered by a sixth-generation dual-core Intel Core M3-6Y30 processor clocked at 2.2GHz and it includes 4GB of RAM and 128GB or 256GB SSD of storage. All these features come together in creating a pretty amazing tablet that will be great for games, video playback, surfing the web and for work also. The fact that the device runs on Windows 10 only adds to its value, being perfect for those who need to complete work even when they are on the move. Both the OS and the 12-inch display of the tablet make it perfect for completing work-related tasks, so it could become the perfect gadget for the majority of people. The tablet comes with a keyboard case that connects to the tablet via its magnetic rear, making it even better for work.

In order to become a great tablet people can rely on, the Samsung Galaxy TabPro S needed a good battery, and this is what Samsung equipped it with. The latest addition to Samsung’s tablet lineup sports a 5200 mAh which is able to ensure up to 10.5 hours of battery life. This is quite impressive considering the batteries of other similar devices, so we might say that Samsung really delivered a good tablet this time around. The tablet features quick charging, so users will only need 2.5 hours to charge the battery over the USB Type-C port it comes with. The Samsung Galaxy TabPro S’s price starts at 999 euros, so it isn’t exactly affordable, but it might prove to be worth every cent once you purchase it. 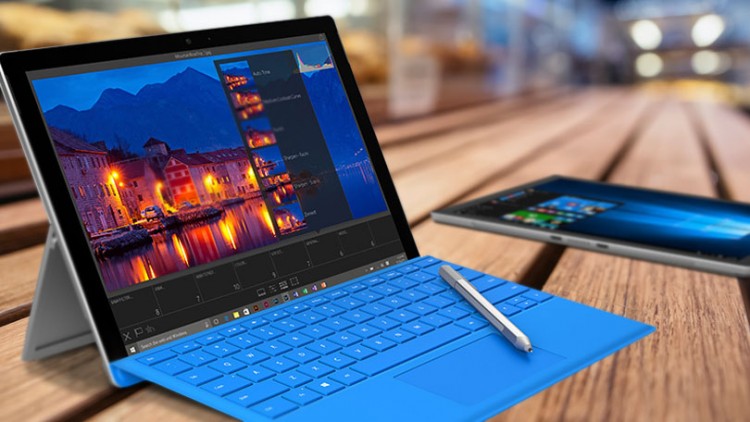 The Surface Pro 4 was undoubtedly one of the best tablets that were released in 2015. It is a slim but still powerful device which is considered to be by many perfect for work. It is slightly larger than the TabPro 2, measuring 292.1×201.4×8.4mm, and it is also a little heavier, weighing 786 grams. Unlike the Samsung tablet, the Surface Pro 4 has a full metal body, so from this point of view, it could be considered to be the more premium device. The 12.3-inch PixelSense display of the Surface Pro 4 has a higher resolution than the screen of Samsung’s latest tablet, so the images will be slightly clearer and sharper due to the 2736×1824 pixels resolution. The difference won’t be noticed by many people, but if you are a perfectionist and would like to have a higher resolution display, the Surface could be a better choice. On the other hand, the Samsung device has a super AMOLED display, and that quality is really hard to beat. The primary camera of the Surface Pro 4 is more powerful than the one the Samsung tablet is equipped with. The Surface’s back snapper has an 8MP sensor compared to the 5MP sensor of the TabPro’s, but the secondary cameras are the same, being equipped with 5MP sensors.

In terms of power, those who opt for the Microsoft Surface Pro 4 have a larger variety of devices to choose from. The tablet is available in three different variants, equipped with M3, i5 or i7 processors. Customers can opt for the one they consider to be the best for their expectations, and the i5 and i7 processors will definitely be more powerful than the M3 of the Samsung tablet. The Surface’s memory can go up to 16GB, so in terms of RAM, the Surface has a lot more to offer than the TabPro S. As a matter of fact, the least powerful version of the Pro 4 has just as much RAM as the Samsung tablet. When it comes to storage the Surface maintains its advantage over the Samsung Galaxy TabPro S, given the fact that it comes in four different versions, offering 128GB, 256GB, 512GB or 1TB of internal storage.

Just like the Samsung tablet, the Surface Pro 4 runs on Windows 10 and can be used with a keyboard, also known as a type cover in the case of the Surface device. The type cover is not included in the price of the tablet, which means that customers will have to spend extra money to purchase it, which could make the Samsung tablet more appealing in the eyes of some people. Another feature which makes the Surface Pro 4 less appealing than the TabPro S is its smaller battery which is only able to ensure up to 9 hours of battery life compared to the 10.5 hours offered by Samsung’s latest device. The Surface Pro 4’s price starts at $899, so it is more affordable than the Samsung Galaxy TabPro S if the 999 euros price is accurate.

Even though the Galaxy TabPro S is slimmer and lighter than the Surface Pro 4, and it has a more impressive super AMOLED display, overall we have to admit that Microsoft’s tablet is more powerful and affordable than the Samsung device. They have the same operating system so that definitely won’t be the feature based on which customers will choose between the two. If it were to choose one of the two tablets, we would go for the Microsoft Surface Pro 4, even if it is an older device and the price doesn’t include the keyboard.

I have always been eager to try out any gadget I could get my hands on. I became a tech journalist so that I could always be around technology and see the newest devices. I use gadgets every day to make my work and life easier. I have enough experience to know If a device is actually improving my activity, offers something useful or new. I will post my honest opinions and judge a device as objectively as I can.
@https://twitter.com/Colin27Anderson
Previous Samsung Galaxy S7 Rumors and Possible Launch Date
Next Asus ZenFone Max Is Now Available For Preorders