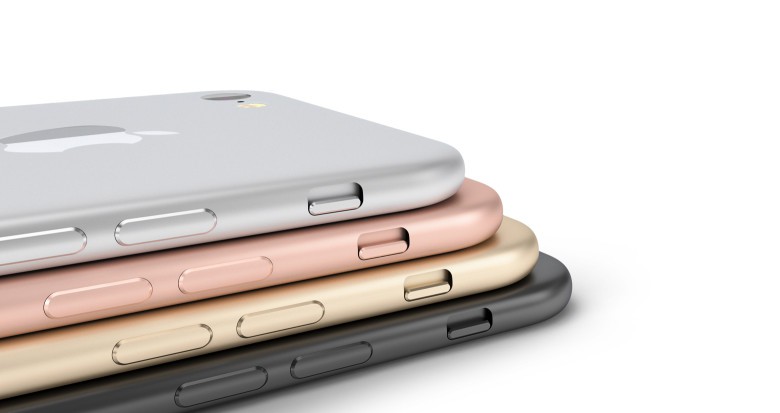 iPhone 7 could Impress With Larger Battery

In the last few weeks, there were a lot of information leaked regarding the upcoming iPhone 7. None of them come from official sources, so we need to consider them simple rumors so far. However, some of the rumors are more credible than the others, and the latest one, coming from Steve Hemmerstoffer (@OnLeaks), suggests that this year’s Apple handset will come with a larger battery. If the information is accurate, this will be the largest battery upgrade in the history of the iPhone line. The new 1960mAh battery should considerably improve the battery life of the device, ensuring up to 10 hours of usage, according to some. This is considerably better than the 8 hours of usage the battery of the iPhone 6S can currently ensure.

The leaked information doesn’t shed any light on the battery of the iPhone 7 Plus, though. If Apple is consistent with its upgrades, it’s safe to assume that this model will also be equipped with a larger battery than the one found in the iPhone 6S Plus. The 2015 model comes with a 2750mAh battery, so if the upgrade will be proportional, we might see the iPhone 7 Plus boasting a 3150 or possibly even 3200mAh battery. The larger batteries and the new A10 chipset could work together in order to ensure a truly impressive battery life for the upcoming handsets.

Other rumors that recently surfaced suggest that in spite of earlier reports, the iPhone 7 won’t be available in black. Instead, according to the latest leaks, Apple will stick with the usual four colors, Silver, Space Gray, Gold, and Rose Gold. Even though this is not exactly a surprise, some possible users, who were getting excited by the black version, might be deeply disappointed. Still, the color schematics were also disclosed through a leak, so Apple could surprise customers with the Space Black variant in the end.

There still are a few weeks to go until the official launch of the iPhone 7 and 7 Plus, and it’s highly likely that there still are things about the upcoming handsets that weren’t leaked yet. One thing that seems to be sure is that the cameras of the upcoming iPhones will look a lot different from the ones we were used to and that the audio jack will disappear from this year’s design.

I'm very curious when it comes to technology. I enjoy tinkering with entertainment and communication gadgets.
Previous Nintendo Will re-Release the NES
Next SoftBank to Acquire ARM Holdings for $31.4 billion