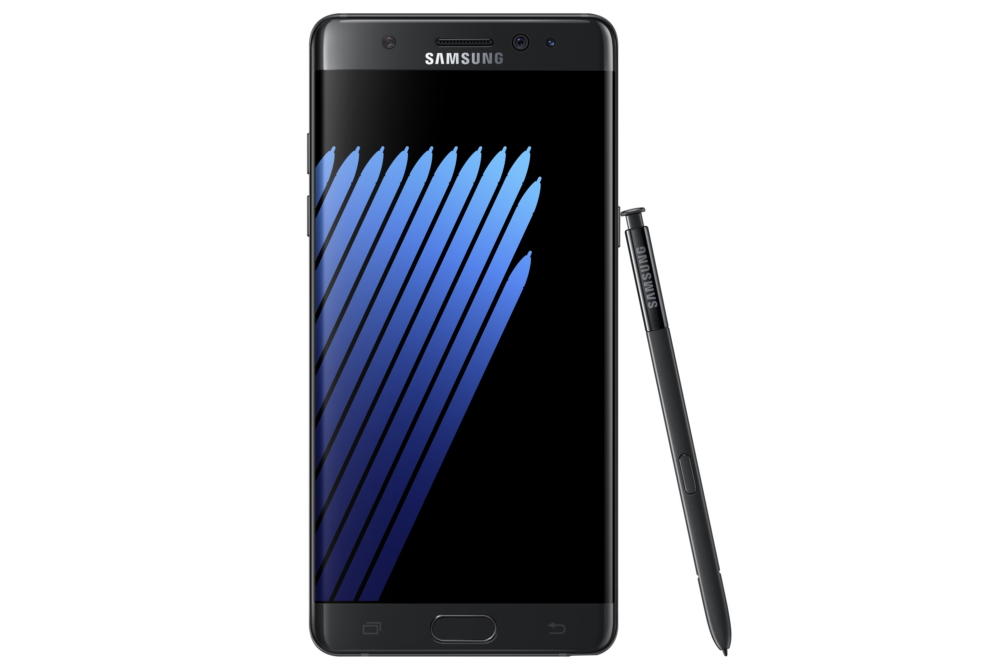 The Galaxy Note 7 is Probably the Flagship Smartphone of 2016

There was a lot of rumor circulating around the Samsung Galaxy Note 7 and its features, and thankfully the majority of them proved to be true. The Korean company unveiled their flagship device on Wednesday, and it truly seems to be amazing. The new Note 7 comes with a number of innovative features and a design that will most likely be welcome by the majority of smartphone users. From the latest upgrades, we should mention the increased water-resistance, the better security features, including a brand new iris scanner alongside the pre-existing fingerprint scanner, and the immersive entertainment capabilities of the smartphone.

The Galaxy Note 7 has a beautiful design with dual-edge curves and it is the first device on the market to be protected by CorningGorilla Glass 5. This means that it won’t only survive minor accidents, but also more serious drops without a scratch. If you add this to its IP68 water resistance, you get a handset which is really hard to destroy. Of course, if you try hard enough, you will be able to break it. The quad HD super AMOLED 5.7-inch display of the device is most likely one of the best ones on the market right now, and it is able to ensure a great visual experience. The Note 7 is capable of streaming HDR video, so users will definitely have no reasons to complain bout the gaming and video streaming experience with this handset. 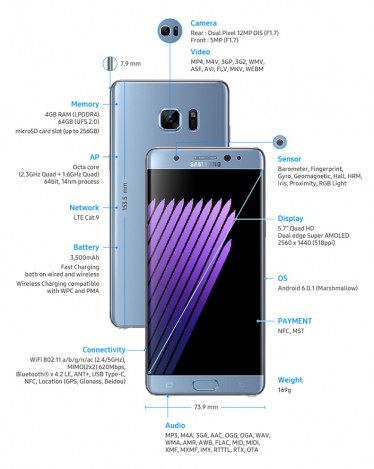 The Galaxy Note 7 is not only a great looking smartphone, but it’s also quite powerful. The handset will be available with two different kinds of chipsets. Customers in the USA will be able to purchase the Note 7 with a Qualcomm Snapdragon 820 chipset, while other users will have access to the handset that will be equipped with Samsung’s Exynos 8890 processor. Both versions include 4GB of RAM and 64GB internal storage which can be expanded thanks to the microSD card slot of the handset. This way users will be able to expand their storage with an additional 256GB.

The Note 7 features a 12MP back camera and a 5MP front-facing snapper. Both are capable of delivering high-quality pictures and videos. The 3500mAh battery of the smartphone might not impress everyone, but the smartphone also offers great power management features and quick charging through its new USB type-C port, so, in the end, the battery life of the Galaxy Note 7 should prove to be satisfying. Just as the previous models, the Galaxy Note 7 comes with a stylus. The S Pen was also enhanced, and now it is even more useful than before. Users will be able to create and share GIF animations, to zoom in on the screen or convert languages by simply hovering, and more. There is a whole new set of apps available for users in order to enjoy the enhanced S Pen to its fullest.

Given its high-end specifications and features, the Galaxy Note 7 could become the best smartphone of this year. The iPhone 7 is yet to be launched, but it is safe to say that Apple probably won’t be able to deliver something even more impressive than the handset that was just launched by Samsung. Of course, all this will come for a price, and customers will pay around $850 for the latest Samsung flagship.The Note 7 will be available starting August 19, and customers will be able to opt for the Blue Coral, Gold Platinum, Silver Titanium or Black Onyx variants. The smartphone is already available for pre-orders, so if you can’t wait for it to hit the stores, you can place your order sooner.