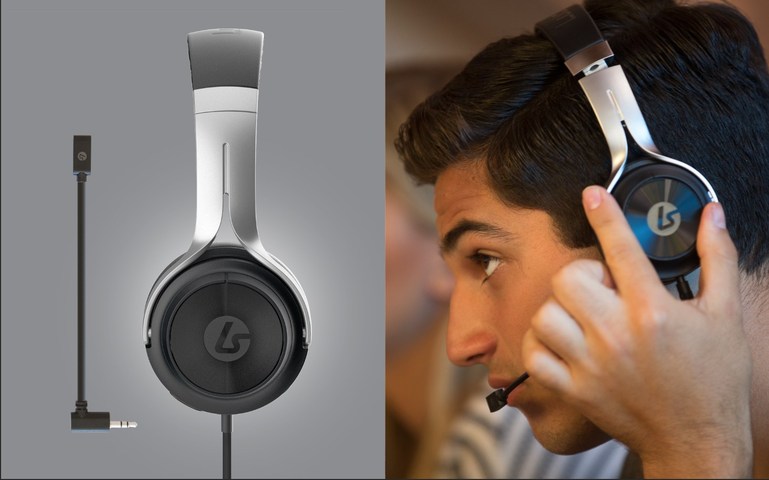 The Nintendo Switch will only become available starting March 3, 2017, but there are already a number of games and accessories waiting for it. Yesterday we reported that Redoute, the first racing game for the console will arrive in the spring. Now, it seems that Lucid Sound’s LS20 Amplified Universal Gaming Headset also became available for the console. According to a press release from the company, the LS20 is available at all leading retailers. The headset was designed as the perfect partner for the Nintendo Switch, with unrivaled, powered gaming audio.

The headset doesn’t only offer great audio quality, but also looks a lot different from other gaming headphones. To be honest, it looks more like lifestyle headset than gaming ones. Even though the glossy finish of the headset may suggest that it is not a gaming headset, it is. Lucid Sound kept the ear- cup control of previous models in the LS20. This allows users to adjust audio by simply rotating the ear-cup. In order to mute the headset users only need to press the headset. The headphones offer deep bass and clear highs thanks to the 40mm speakers with neodymium magnets. Of course, they feature the signature LucidSound audio acoustics.  It has a rechargeable Lithium-ion battery that can last for up to 20 hours of use.

The LS20’s Bass Boost makes the headset perfect for shooters by further enhancing the low- end sounds.  It also has built-in mic-monitoring which allows users to hear their own voice through the headset. Speaking of microphones, the Lucid Sound headset features a removable boom mic and an integrated hidden mic. The price of the headset is somewhere around $99.99. Naturally, this can differ depending on the retailer you purchase it from. It is compatible with Nintendo Switch, PlayStation 4, Xbox One, PC/MAC, mobile phones, and smart devices. So, if you don;t own a Nintendo Switch and you don’t plan on buying one, you can still get the LS20. You definitely have at least one gadget it is compatible with.

At first researching gadgets and technology was just a hobby, but it quickly became a lifestyle and a full-time job.
Previous Nintendo Switch to get Redout Soon
Next Technology Makes it Easier to Gamble