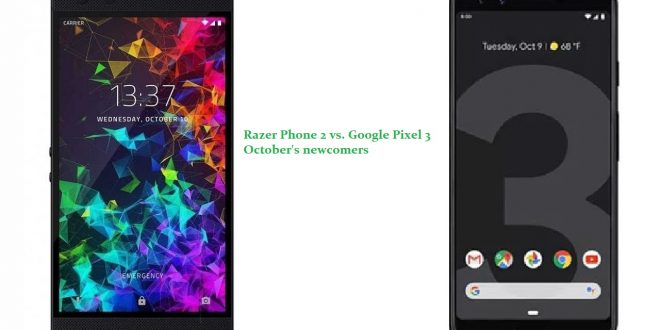 Ever since Apple launched the iPhone X and introduced the notch to the world, it has been practically on every smartphone model. Of course, it’s been present on the Essential Phone before, but then again, it seems that didn’t impress so much. Since every smartphone now presents itself with this popular notch, it’s quite surprising when we see two models launch without this feature in one month: the Razer Phone 2 and the Google Pixel 3 (the 3XL model does have a notch, quite a big one, to be honest). Then again, none of these manufacturers went along with the flow before either. The Razer Phone has its own fans and Google’s Pixel phones never tried to follow the trends look-wise, they impress with their technology. In case you were thinking about buying one of these devices, let’s take a look at them both and compare them. 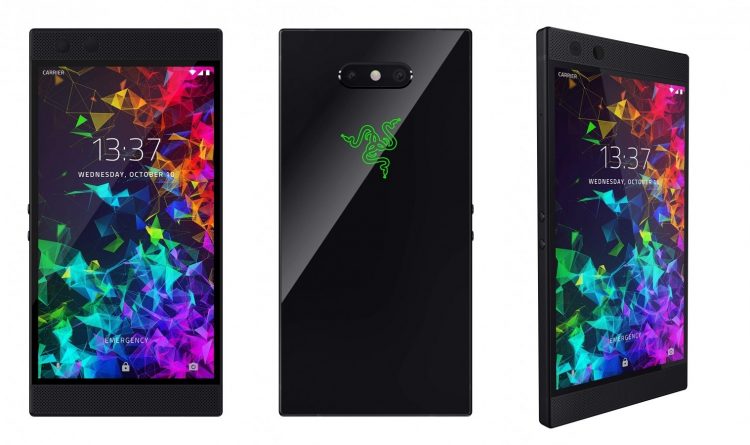 Just like the first Razer Phone, the Razer Phone 2 is targeting gamers. It is a smartphone that was built with gaming in mind, and even though it works just as fine as any other smartphone model, its main purpose is to allow users to enjoy gaming on the go, at their fingertips. The design of the Razer Phone 2 is definitely not everyone’s cup of tea. Instead of the rounded corners we are used to seeing on other devices, the Razer Phone 2 comes with quite pointy corners that give it a boxy look. The top an bottom bezels are also quite different from what we are used to, but in this case, they actually have a purpose: it’s easier for users to hold this phone when playing games, without covering the surface of the screen.

Naturally, in the case of the Razer Phone 2, the looks are not what really matters. The technology in it and its performance are the ones that count. Thankfully, the manufacturers took their time and provided the world with a device that offers the best features available on the market. One thing is a little surprising: even though the Razer Phone is made for gaming, it only comes with a 5.72-inch display, when other flagships feature 6-inch or larger displays. Especially for gaming, it would be nice to have a larger screen. Even so, the resolution of the screen is great so the visual experience should be great. 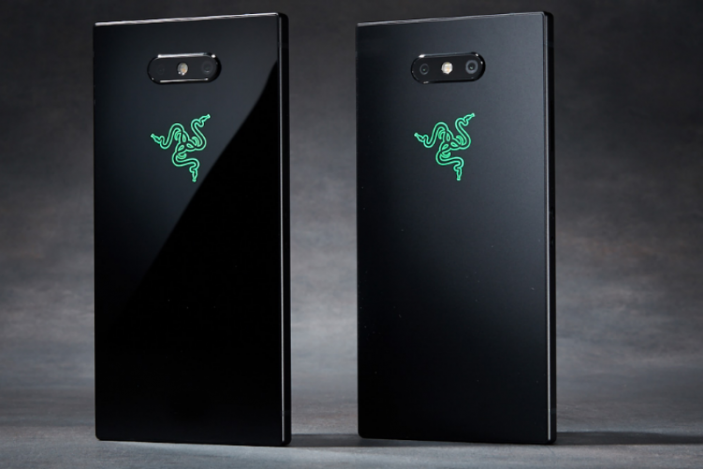 The great display would be worth nothing without a great set of specs. The Razer Phone 2 comes with the most powerful processor available at this moment, the Qualcomm Snapdragon 845, and it includes 8GB of RAM and 64 GB internal storage. While the latter might seem a little disappointing, the Razer Phone 2 does have a dedicated microSD card slot that supports an additional 512GB of storage. The device runs Android 8.1. out of the box but it is scheduled for an Android 9 upgrade.

Just like any other smartphone nowadays, the Razer Phone 2 features a dual camera setup on the back and a selfie camera on the front. The former consist of two 12MP sensors, while the selfie camera features an 8MP sensor. All of these cameras are able to take good quality pictures, but users should not expect them to be the best ones on the market because they aren’t. The feature that probably is one of the best on the market is the audio on this smartphone. Naturally, it is crucial for gaming to have great sound, and the developers of the Razer Phone 2 know this so they equipped the device with Dolby Atmos stereo speakers (THX-certified amplifiers) that sound amazing. The device doesn’t have a 3.5mm audio jack but it does feature a USB Type-C to 3.5mm jack adapter.

Other features of this device include a side-mounted fingerprint sensor, Bluetooth 5.0, fast charging, wireless charging, and a huge, 4,000mAh battery. The device only comes in one color, black, so users won’t have to think too much about which variant they should pick. The Razer Phone 2 should hit the stores before the end of this month and it will cost around $800. The price of the device really depends on the market it arrives in.

The Google Pixel 3 is the company’s more affordable device out of the two they just launched. Naturally, this is reflected in the design of the smartphone. The Pixel 3 has thicker bezels and a smaller, 5.5-inch display. The fact that it doesn’t feature a notch will definitely make it more appealing in some people’s eyes and it will be a turndown for others. The overall design of the device is not necessarily an unpleasant one, however, it does feel a little outdated with the thick bezels on the top and bottom of the screen now, in the era where all manufacturers try to deliver bezel-less devices. The build quality, however, is the same, solid one, so the device does offer a premium feel when using it.

It is not a surprise that Google equipped its devices, including the more affordable Google Pixel 3 with the best processor there is right now. The device comes with the Qualcomm Snapdragon 845 chipset on board, paired with 4GB of RAM. The latter is a little disappointing, even though this amount of RAM is more than enough to make a smartphone work. Even so, the majority of other devices offer a higher amount of RAM and it would have been nice to see Google offer something extra too. Another thing that is disappointing is the lack of the microSD card slot. The device is available with 64GB or 128GB of internal storage and if for some reason this proves to be insufficient, users can’t do anything about it because there is no way to extend the storage of the device. One thing that is great but is also totally unsurprising is that the Google Pixel 3 runs Android 9 Pie out of the box. 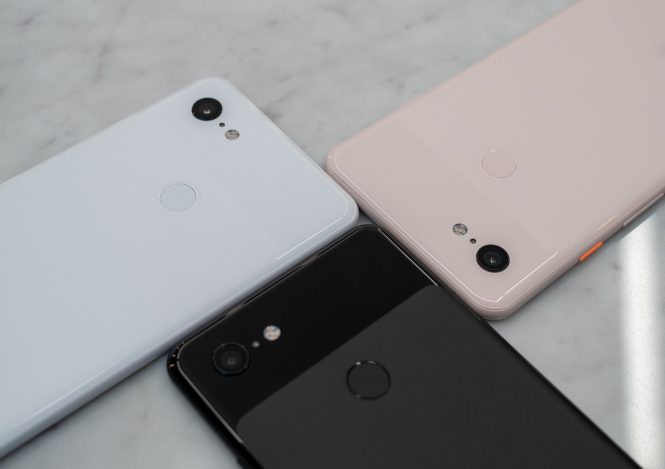 As for the camera section, Google might have delivered the device with the best cameras once again. The Google Pixel 3 is capable of capturing great pictures and videos with its single 12,2MP rear camera thanks to the software that comes along with it. For selfies and video calls, users have two front-facing, 8MP lenses.  Google has already proven that it can deliver great cameras and even greater software so it wouldn’t be surprising to see that the Google Pixel 3 proves to be greater than any other device in this section. The sound of the smartphone is nice too, however, it isn’t as great as the one provided by the Razer Phone 2’s Dolby Atmos speakers.

Which one to choose?

Given the fact that the pricing of these two models is so similar, it really depends on what you cherish more. For true gamers, the sound quality of the Razer Phone 2 and the extra storage will definitely be more important than the fact that the Google Pixel 3 has better cameras. Both phones are great and both are a little overpriced for what they have to offer. Since you are ready to spend the extra bucks on either of them, it’s really up to what you are going to use it for more. I would personally go with the Razer Phone 2, even though it is not a beautiful smartphone, but it does offer a nicer gaming experience.