Home / Opinion Pieces / What to expect in Season 10 on Fortnite 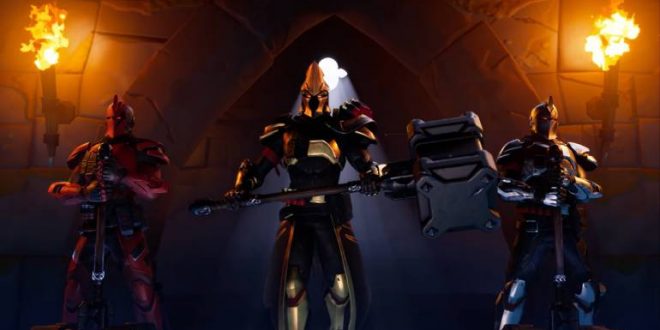 What to expect in Season 10 on Fortnite

After so many speculations surrounding Fortnite’s new season, Epic Games has finally released a teaser trailer for Season 10 during the Fortnite World Cup. So far, Epic has been tight-lipped about the much-anticipated season.  Season 9 is closing its curtains soon after The Final Showdown where a giant robot and a kaiju-esque monster battled. The monster was ultimately slain, which in turn left a giant orb at Loot Lake. This most likely would affect the new season. Perhaps the monster would be resurrected? Or would the orb burst into a thousand Fortnite items should a player break it? Will there be new Fortnite items at all?

Let’s take a look at what the speculations are so far for this upcoming season. Check out our Fortnite Value Calculator as well if you want to know just how much your Fortnite account is worth.

The Theme for Season 10

The theme for Season 10 is most likely related to the mysterious monster imprisoned in ice in Polar Peaks back in the last season. If you’ve ever explored the terrain there, you can spot a kaiju-sized eye frozen inside the mountain. Season 9’s official theme was futuristic, with the story element revolving around the frozen monster’s escape. We’ll most likely see a Godzilla theme for Season 10, but so far the whole thing has been tightly-wrapped.

Fortnite has a history of tying their games in with promotions related to events like the World Cup. They’re no stranger to films as well as they’ve worked with movies and series such as Avengers: Endgame, John Wick: Chapter 3 – Parabellum, and the hit Netflix series, Stranger Things. We’ve speculated that there will be an exclusive limited time mode and special challenges similar to Fortnite’sKart Racing back in Season 5.

Introduction of a Boss Battle?

While we already know by now that the monster was defeated by Doggus the robot, there’s still much to say about the orb.All of this hype points to evil monsters that players have to take down in order to save humanity. Other players aren’t the only thing that you should be concerned about, since Epic Games just might add a boss battle option to the base game. For more than a year now, the emergence of kaijus has been a hot topicin the rumor mill. Around once per season, players are able to spot dragon eggs and giant footprints all over the map. There have also been theories about “Leviathans” that would wreak havoc on the island. A skin called the “Leviathan Outfit” was also released, an alien fish inside a human-shaped diver’s suit. So it shouldn’t come as a surprise if we saw some new faces to celebrate the new season.

The Return of Dusty Depot

Since the release of the teaser trailer for Season 10 during the finals of the Fortnite World Cup, there have been teasers about the Dusty Depot’s return to the map. The trailer showed a completely rebuilt Dusty Depot that’s exactly the same as when Fortnite’s first season started. The Dusty Depot is one of the original locations on the island, but was renamed to Dusty Divot after Season 3 due to a research lab center in the crater that was created by the meteor’s impact back then. The location has seen tons of changes over the season especially after it got hit by a meteor on Season 3 as part of a season-ending event. But from the looks of it, the beloved warehouse is expected to be back for Season 10.

Get ready to sell some Fortnite items because the Season 10 Premium Battle Pass will cost 950 V-Bucks or $9.50. The new season will start on August 1 and will last for 10 weeks.If you have time to spare, you can also have a look at the Fortnite Value Calculator to know the price of your Fortnite account should you decide to sell it.

Smartphones, tablets, laptops, drones, smartwatches my goal is to review them all.
Previous What to Do If Your Devices Are Stolen or Compromised
Next 3 Tips for Comparing Medical Device Suppliers