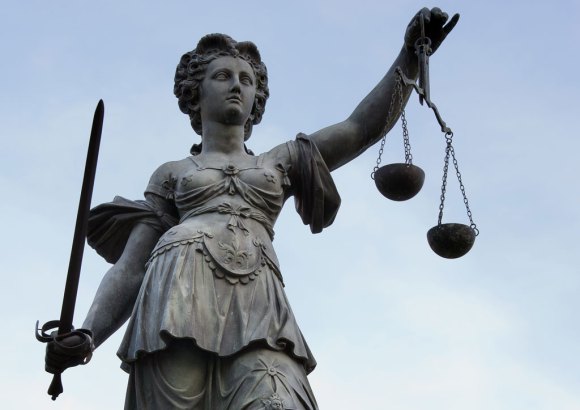 Wikipedia accuses the NSA of unlawfulness

Wikipedia and implicitly, Wikimedia Foundation sued the NSA (National Security Agency) and the U.S. Department of Justice, saying that these two government agencies are pursuing non-democratic ways in which they can gather intelligence on foreign nations and American citizens. Wikimedia Foundation executive director Lila Tretujiv describes perfectly well what the NSA and the Justice Department are doing with their surveillance practices on the official Wikimedia blog: “By tapping the backbone of the internet, the NSA is straining the backbone of democracy.” Although there weren’t any expectations of Wikipedia getting involved with a U.S.-wide upheaval against the government agency, it seems the foundation has had enough and has received enough support to file suit against two of the most powerful agencies in the world, known for their ruthlessness when it comes to surveillance.

The NSA is being accused by Wikipedia of violating Wikipedia users freedoms and privacy. According to the company, the NSA is “threatening the intellectual freedom that is central to people’s ability to create and understand knowledge”. The outrage of Wikipedia, as well as other human rights organizations who are participating in the suit is understandable, as the NSA has been conducting elaborate surveillance on the internet, monitoring internet traffic and users with the supposed claim of collecting valuable intelligence on foreign spies and affairs to which the agency wouldn’t have had access otherwise.

The surveillance brawl impacting the NSA and the U.S. Department of Justice has been largely ignored by authorities in the past few years, although Edward Snowden, the famous whistleblower, has already exposed multiple illegal surveillance operations ran by the NSA and co. The recent Gemalto hack, although already forgotten and swept aside by the companies involved and by the NSA and its British counterpart, was one of the biggest reveals suggesting that the NSA doesn’t just monitor the way in which American citizens use the internet and what they do when they are surfing, but they have tapped into SIM cards across the world, which essentially enables the agency to spy on citizens without any shame.

Wikipedia seems outraged at the way in which things have gone forward and the recent restructuring within the NSA only puts priority on stealing information from the internet by massive surveillance, which in essence infringes on basic human rights and freedoms, implicitly privacy. Wikipedia, alongside 8 other organizations, including the Human Rights Watch and Amnesty International USA will be represented in court by the American Civil Liberties Union and will be fighting to force the NSA into actively complying with the law. According to Wikimedia, the NSA’s practices exceed the authority granted by the Foreign Intelligence Surveillance Act, which means that the agency is operating outside of the law. People are not seeing much good for the agency in this case, as most people and organizations are siding with Wikipedia and co.

The lawsuit being filed by Wikipedia is not challenging the authority of the NSA and DOJ to conduct surveillance operations when they are indeed warranted and necessary, but challenges the Foreign Intelligence Surveillance Act and its legal language. According to Wikipedia, the language within the Act does not accurately set borders on what the NSA can or can’t access. As the issues that would threaten security are not defined within the act, instead being referred to subjectively, Wikipedia thinks that the NSA and DOJ are in fact violating the First and Fourth Amendments of the U.S. Constitution.

There was a previous lawsuit filed in 2013 shortly after Edward Snowden revealed compromising information about the NSA’s surveillance practices over the internet. The suit was quickly dismissed as those filing it could not prove that they were harmed in any way by the surveillance of the NSA. Wikipedia has detailed in their lawsuit that the Wikipedia logo and website appeared in a leaked slide which should be enough proof of harm and evidence of the NSA surveying Wikipedia staff, members and users.

Since the NSA targets any kind of information exchanged between a U.S. and a non-U.S. citizen, because the legislative doesn’t make it clear enough what can be considered under the jurisdiction of the law, Wikipedia says its users and staff can no longer feel safe on the internet and on Wikipedia, because their rights are being infringed by the NSA. Other organizations filing the suit are The National Association of Criminal Defense Lawyers, Human Rights Watch, Amnesty International USA, Pen American Center, Global Fund for Women, The Nation Magazine, The Rutherford Institute and Washington Office on Latin America. With the lawsuit, Wikimedia challenges the NSA’s unfounded, large-scale search and seizure of internet communications (upstream surveillance).

Hi fellow tech enthusiasts! I'm Mary. I enjoy writing about tech, but I love tinkering with gadgets more. If it can take a screwdriver, leave it to me to fix it (or brick it). I'm passionate about Android and I'm all in for Google, but I don't stray from Apple nor Windows, so I'll keep you up to date on everything mobile (or stationary).
Previous Martian countering the Apple Watch with 10 new smart watches
Next Comcast merger with Time Warner Cable is over