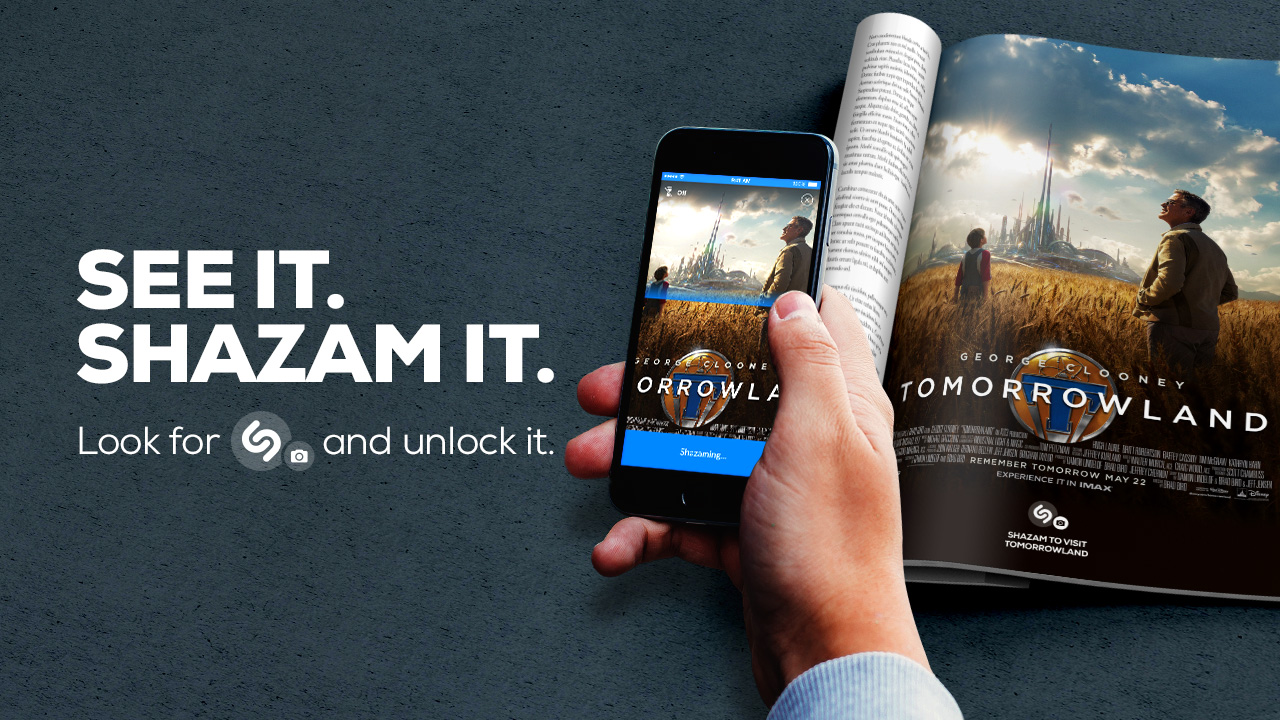 Shazam adds augmented reality and visual recognition to its features

Shazam, the music recognition app which has become one of the most popular applications on mobile in the past few years, today announced Visual Shazam. Visual Shazam is a new set of features that are added to the already familiar music-recognition features that the app offers. Developers of the app had talked about moving Shazam into the virtual and visual space at CES 2015 in January, but just now have they announced what they truly had in mind.

Starting today, Shazam users will be able to scan objects and QR codes in order to access exclusive video content through the app itself. If until now the app was only used to identify music, starting today, you will be able to look at videos and VR experiences just by scanning a promo object that has the Shazam logo with the camera attached or a QR code with the same marker.

Although right now you can’t scan any object that gets in your way to view exclusive content related to it, Shazam has already announced a handful of partners that will start commercializing products with the logo and exclusive content feature. New partners include Conde Nast, Guerlain, Levi’s, Hearst, Harper Collins and Disney.

Tomorrowland, the new movie that Disney is launching, is one of the key participants in Visual Shazam, as you will be able to scan Tomorrowland promo materials and gain access to exclusive video and augmented reality content. The attempt to move into the visual recognition world from Shazam sets the tone for further expectations and we do think that the app will delve into virtual reality at some point in time. You can download the updated Shazam app from the iTunes App Store or Google Play Store.

Hi fellow tech enthusiasts! I'm Mary. I enjoy writing about tech, but I love tinkering with gadgets more. If it can take a screwdriver, leave it to me to fix it (or brick it). I'm passionate about Android and I'm all in for Google, but I don't stray from Apple nor Windows, so I'll keep you up to date on everything mobile (or stationary).
Previous LG G4 comes in a package with extra battery and microSD card slot
Next Google Unveils Android Pay