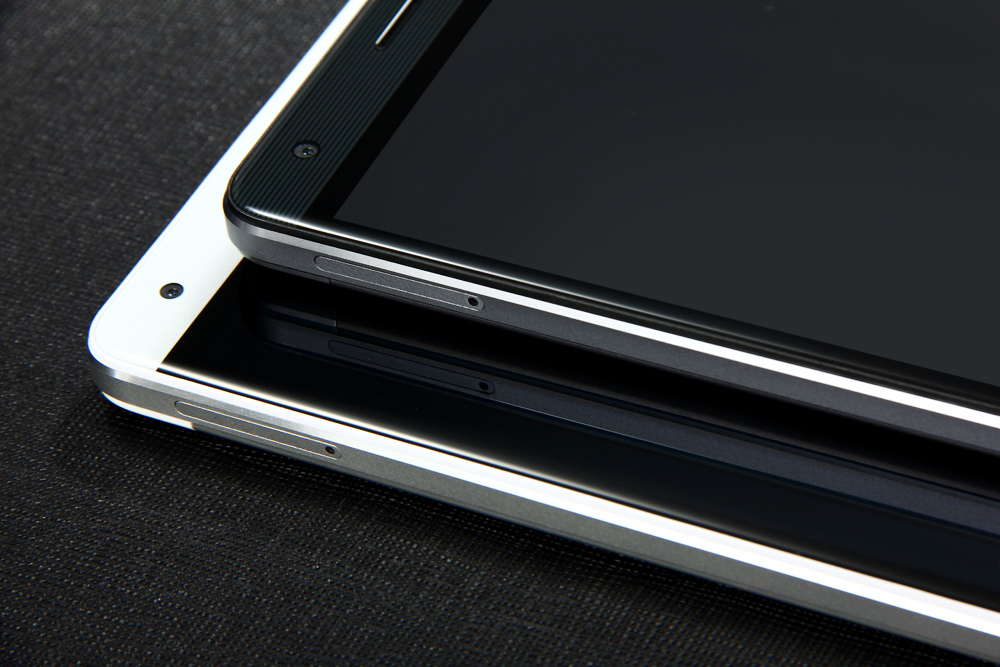 As if the 6000mAh battery pf the Oukitel wasn’t impressive enough, the Chinese company launched a brand new Oukitel K10000 model with an, even more, astonishing 10000mAh battery. This device will be able to last for up to 15 days on a single charge, and you don’t have to keep it on ultra power saving mode in order to do so. The battery of the new model is definitely the winner in this battle, but let’s take a look at other features of the two smartphones in order to determine whether the extra 4000mAh is the only thing that differentiates the two devices or not.

The Oukitel K6000 was, until its big brother was launched, one of  the smartphones with the highest- capacity batteries on the market. Of course, the battery wasn’t its only great feature, even if it was the best feature of the smartphone. The design of the smartphone is simple and elegant at the same time. The metal body of the device offers a premium feel and look, and when you combine this body with the 2.5D arc screen, the result is a really good looking gadget. 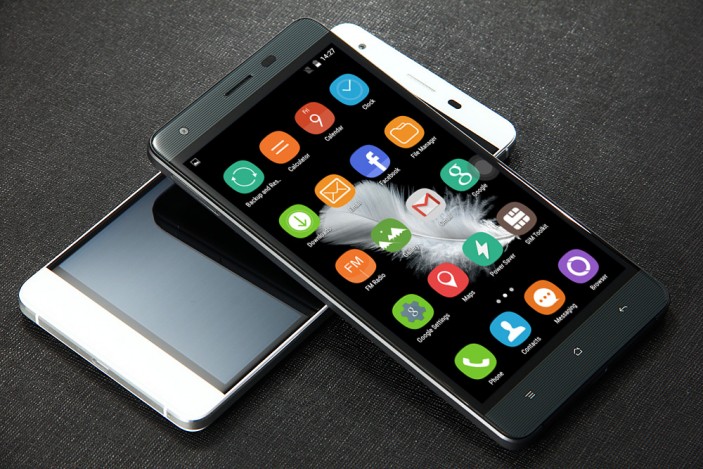 The 5.5-inch IPS HD display of the smartphone is able to deliver good quality images, contributing to the overall good user experience. It is powered by an MTK6735 64bit Quad Core processor clocked at 1.0GHz, which is combined with a Mali-T720 GPU in order to turn the K6000 into a fast and efficient smartphone. The K6000 includes 2GB of RAM and 16GB internal storage, which is not that bad for an affordable smartphone. The storage can be further extended, making the K6000 better in this way than some of the flagship smartphones of 2015. 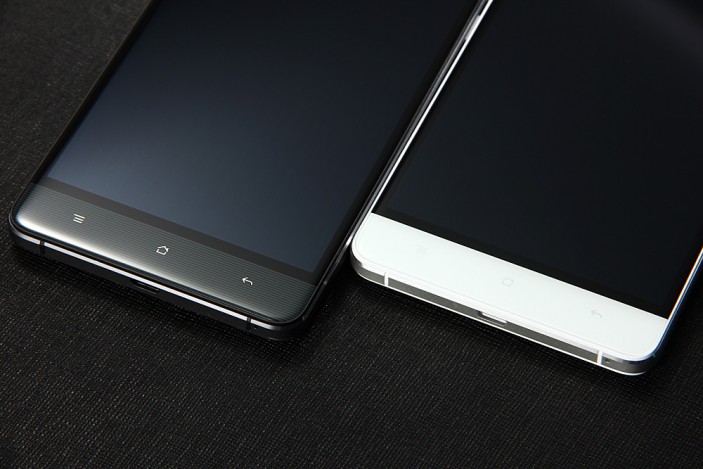 The back camera of the smartphone has an 8.0MP ( Interpolation to 13.0MP ) while the secondary camera is equipped with a 2.0MP ( Interpolation to 5.0MP ) sensor. Both cameras will deliver great pictures and they are also both able to record video also. The camera features of the Oukitel K6000 include touch focus, autofocus, and flashlight. Even though the Oukitel K6000 is not a high-end device, its features are more than suitable to meet the needs of the majority of smartphone users. The fact that it has a really big battery only makes the device more appealing. The device runs on Android 5.1 Lollipop, so users will be able to enjoy everything the operating system has to offer for a longer time, without needing to recharge their smartphones. 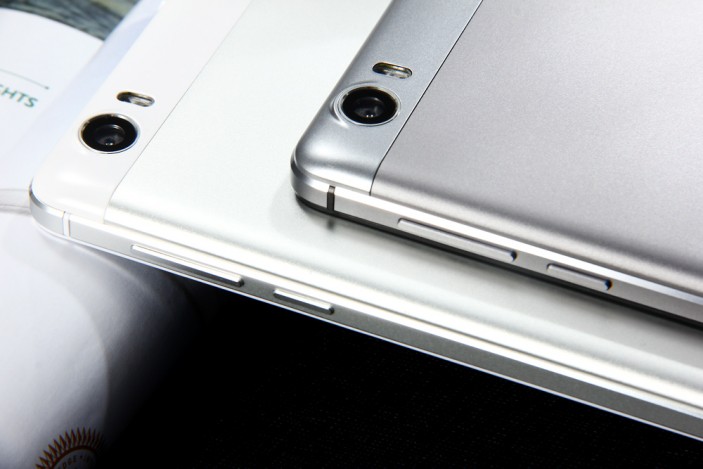 The Oukitel K6000 could be a really expensive one, thanks to its rare battery size, but the company opted for creating an affordable smartphone instead. The Oukitel K6000 can be purchased for only $119.99 on Gearbest, which is quite a low price for this kind of specs. The $119.99 is not the original price of the device, it is actually 45% of it, but the sum that customers actually have to pay is the one that is important, and even the original price of the Oukitel K6000 would have been a reasonable one, if not for else, for its battery that can ensure up to 10 days of normal use.

This device is equipped with the world’s largest battery at this point. This alone could be enough to make the smartphone a desirable one, at least for those people who might work in conditions that don’t allow them to charge their smartphones for longer periods of time. The smartphone can also function as a power bank, so one person’s Oukitel K10000 can be the saviour of other smartphones that are running out of juice also.

The first major difference between the K10000 and the K6000 is their design. While the K6000 impresses with a sleek and elegant design, the K10000 has a more unusual design due to its hexa-faceted body. The new design seems to be more solid and manly, making it more suitable for men than for women. The edges of the smartphone are curved and angular at the same time, creating a unique look for the K10000. The full steel frame of the smartphone not only looks great, it also makes the device more durable and resistant. 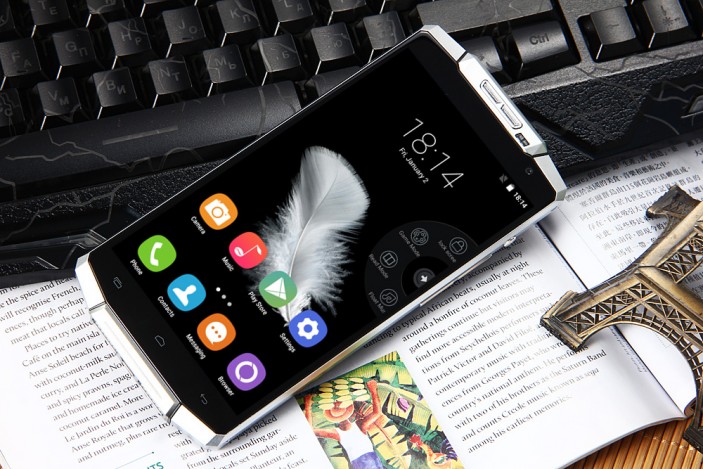 The latest addition to the Oukitel family has a 5.5-inch IPS screen with 720p resolution, so the image quality of the two smartphones we are examining today is the same. The screen to body ratio of the K10000 is even better than the K6000’s. While the latter already impressed with its 80% screen-to-body ratio, the Oukitel K10000 has an even better 86% screen-to-body ratio. Although the 720p resolution is not the best there is at this time it still is enough to deliver clear images and to ensure a good video experience for users.

The processor of the new Oukitel smartphone is the same as the one featured by the K6000 and the K4000, and they also share the same GPU make and model. The MTK6735 64bit quad-core 1.0GHz processor and the Mali-T720 GPU are more than capable of ensuring a good user experience, even if they are not top-notch features nowadays. The K10000, just like its predecessors, includes 2GB of RAM and 16GB internal storage, and it supports up to 32GB external storage also. This is enough to make the device work well and offer the possibility for users to store their favorite music, videos and games on their smartphone. 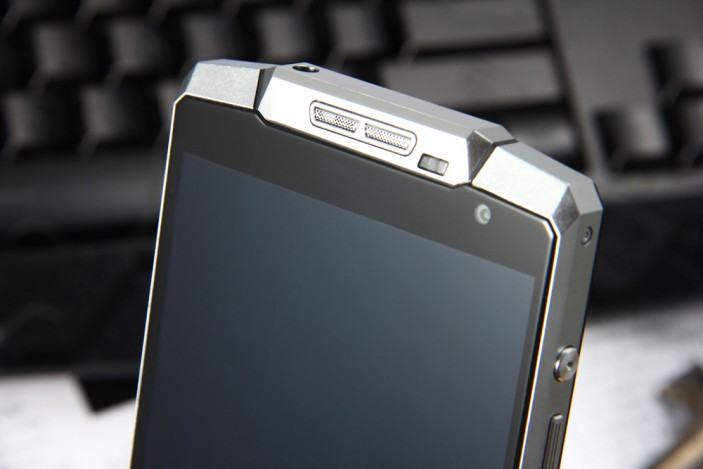 The 8.0MP (SW 13.0MP) and the 2.0MP (SW 5.0MP) cameras of the Oukitel K10000 aren’t new features either, they are the same the other two smartphones from the K family featured before. Even though the smartphone doesn’t bring anything new in this section, the cameras of the device are able to capture great quality images, and for most of the smartphone users, this is the only thing that counts. Camera features include autofocus, touch focus, Beauty Face, anti-shake, face detection, and it also offers the possibility to record videos. HDR function is preloaded on the K10000, so images will be brighter in poor light conditions. 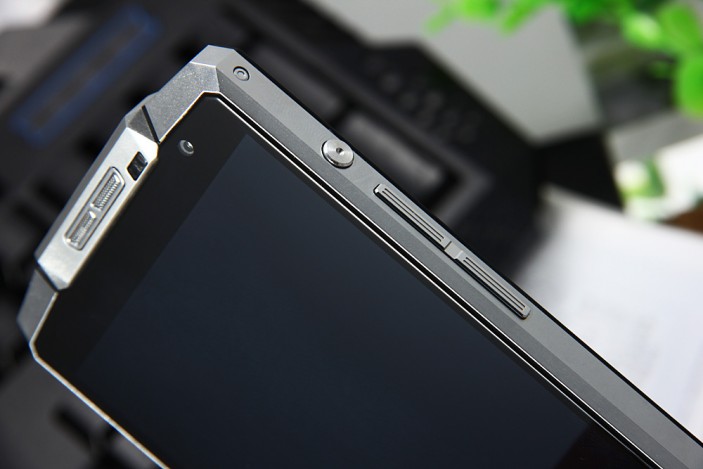 The 10000mAh battery of the latest Oukitel device is definitely the feature that makes it unique. This battery can last for up to 15 days of normal use, meaning that you can leave your charger at home even when going on vacation. This is a great thing since the majority of smartphones are equipped with batteries that are lower-capacity than 3000mAh. The Oukitel K10000 runs on Android 5.1 Lollipop and features a unique design UI. The user interface is simple to use and places everything you need right in front of your eyes.

The Oukitel K10000 is available now on Gearbest for only $239.99, allowing customers to save 34% off its original price. Gearbest has an even better offer for those who choose to use the K10000 coupon code and practically gives the phone away for only $199.99. If this isn’t a great price for a 10000mAh battery smartphone, then we don’t know what is.

There are no big differences between the two devices, except the design and the size of the battery. This means that the customers really have to make their decision on which one to choose based on these two features. It’s obvious that a better battery is always better than a small one, but the truth is that the 6000mAh battery of the K6000 is already a lot bigger than the ones offered by the majority of the other smartphones on the market right now. If you prefer the sleeker design of the K6000, it is a great choice, and if you like the unique design of the K10000 better, that is also a great option. Whichever smartphone you opt for, you can order them from Gearbest for incredibly low prices.

I have always been eager to try out any gadget I could get my hands on. I became a tech journalist so that I could always be around technology and see the newest devices. I use gadgets every day to make my work and life easier. I have enough experience to know If a device is actually improving my activity, offers something useful or new. I will post my honest opinions and judge a device as objectively as I can.
@https://twitter.com/Colin27Anderson
Previous Cube iwork8 Ultimate – A lightweight champion
Next Ulefone devices are even more affordable on Everbuying