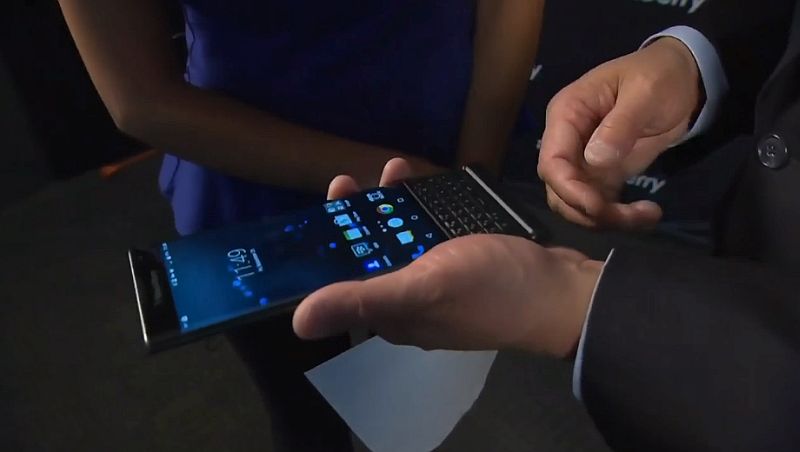 It’s official, BlackBerry is going to release it’s first Android smartphone called BlackBerry Priv. From the photos leaked so far, we can see that the phone has a SIM card slot and a microSD slot on the top. Also, the display is curved, and the rear of the device has a woven, almost Kevlar effect.

In terms of specification, The BlackBerry Priv features a 5.4-inch QHD Amoled display with curved edges and 540 pixels per inch. It’s equipped with a 1.8GHz 64-bit hexa-core Qualcomm Snapdragon 808 processor paired with an Adreno 418 GPU and 3 GB of RAM. It also comes with 32 GB of internal storage expandable by a microSD slot up to 200 GB. In the back it has an 18-megapixel camera with Schneider-Kreuznach lens, optical image stabilization, autofocus and dual-LED that can take photos at a resolution of 4896×3672 pixels and is also capable of 2160p video recording at 30 fps and 1080p at 60 fps. 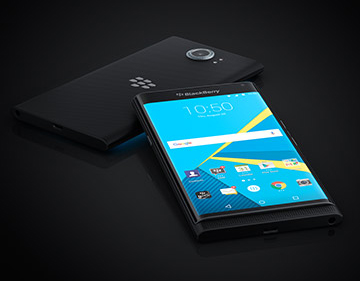 The front camera is not so amazing, only a 2-megapixel with a rezolution of 1600×1200 pixels. Connectivity options include Bluetooth 4.1, Micro-USB, GPS with A-GPS, and Wi-Fi 802.11 b/g/n. The BlackBerry Priv is powered by a 3,410 mAh battery, which is a pretty large capacity and comes with Android 5.1.1 pre-installed.

The BlackBerry Priv can be pre-ordered from the UK retailer, Carphone Warehouse at a price of £ 579.99. They also reveals that shipping will commence, in the UK, from 6 November. The Priv is a crucial product for BlackBerry, a company that once ruled the enterprise smartphone market with its QWERTY phones, before the rise of Apple’s iPhone and mobiles powered by Google’s Android operating system reduced it to bit-part player. So, it remains to be seen if they can keep the pace with bigger companies like Samsung and Apple.

I am passionate about gadgets and everything tech related.
Previous OnePlus2, HarmanKardon join the October Sale on Everbuying
Next Apps2Oranges – professional web designers with an affinity for humor