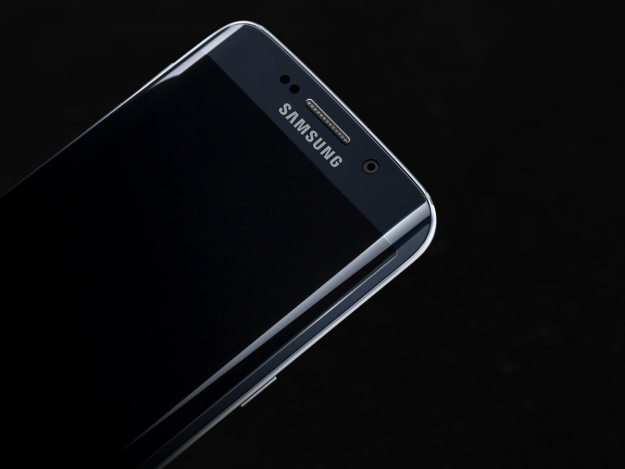 A lot of rumors regarding the Samsung Galaxy S7 and Galaxy S7 Edge surfaced in the past few weeks, and one of the most surprising ones was that the 2016 flagship’s camera will be a downgrade compared to the Samsung flagship models from 2014 until the present day. The Galaxy S6 featured a 16MP camera, so everyone expected the S7 to feature a similar or better snapper. Now, based on the Galaxy S7 Edge’s listing on the AnTuTu benchmark (model number SM-G935A for carrier AT&T), we can say with a high degree of certainty that the 2016 flagship will indeed come with a 12MP back camera. 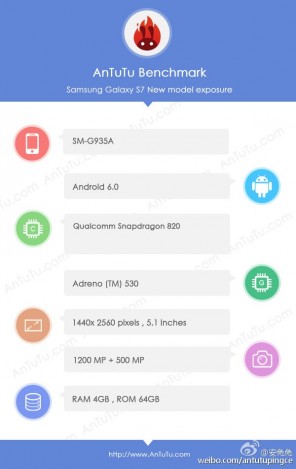 Although it is a downgrade, Samsung fans shouldn’t be extremely disappointed because, to be honest, the difference between the two cameras won’t be that spectacular. A 12MP camera will still be able to capture great quality images, so those who planned on purchasing the Galaxy S7 or Galaxy S7 Edge shouldn’t give up on their plans only because of the camera of the device. s a matter of fact, due to the f/1.7 aperture, the new camera will feature, it will be able to capture even better pictures in low-light conditions than the camera of the current flagships. The software processing offered by Samsung will also ensure a great quality for the captured images, so users won’t really be able to tell the difference between the lower megapixel count and the currently existing one.

The 12MP camera wasn’t the only feature revealed by the AnTuTu benchmark, it also showed a 5.1-inch display for the Samsung Galaxy S7 Edge, which is quite surprising, because everyone was expecting for a 5.5-inch display. The benchmark also hints a Snapdragon 820 chipset, 4GB of RAM, 64GB internal storage and Android 6.0 Marshmallow operating system. The Galaxy S7 Edge will have a 2560×1440 pixels resolution and a 5MP front-facing camera, which confirm previous rumors.

I have always been eager to try out any gadget I could get my hands on. I became a tech journalist so that I could always be around technology and see the newest devices. I use gadgets every day to make my work and life easier. I have enough experience to know If a device is actually improving my activity, offers something useful or new. I will post my honest opinions and judge a device as objectively as I can.
@https://twitter.com/Colin27Anderson
Previous The Huawei MediaPad M2 10.0 Will Bring Great Sound Into Your Home
Next HOMTOM HT3 Available for under $56