Home / News / Apple iPhone 7 Could be Available in Space Black 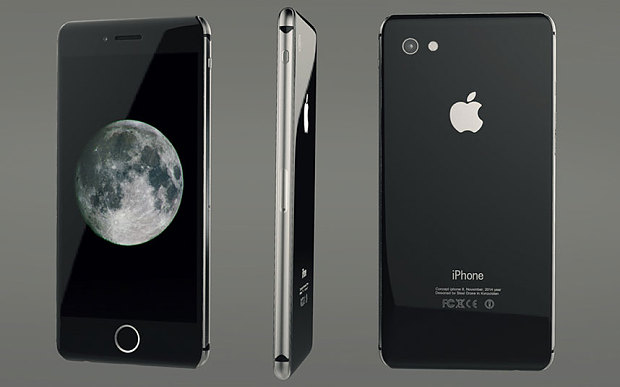 Apple iPhone 7 Could be Available in Space Black

Some of the most expected gadgets of the year are definitely the iPhone 7 and the 7 Plus. As the launching date, placed sometime in September, approaches, more and more rumors surface giving us a more or less clear picture of the upcoming Apple smartphones. One news that spread fast was the one concerning the lack of the audio jack on the upcoming models. Other rumors indicated a larger back camera and repositioned antenna bands, alongside a possibly brand new home button that should offer the feeling of pressure, but won’t be physically pressed down.

The latest rumors, coming from 9to5Mac, suggest that the repositioning of the antenna bands and the changing of the home button won’t be the only new design features of this year’s Apple smartphone. It seems that the company will offer some changes regarding the colors in which the iPhone 7 and 7 Plus will be available in. In the last couple of years, the Cupertino-based company only released smartphones in Silver, Space Gray, Gold, and Rose Gold variants, but it seems that those who miss the Space Black version that was last seen in 2013, when the iPhone 5S was launched, might see it again. Rumor has it that the 7 and the 7 Plus will be available in Space Black also. This might seem unimportant for some, but there are a lot of people who prefer to own black smartphones, and for them, it could be a reason to opt for the iPhone again instead of other smartphones.

It was also said that Apple will ditch the 64GB internal storage version after all, and will go with the 32GB, 128GB and 256GB variants. We’re not really sure whether this is a good option, but it’s highly likely that the option was based on some kind of market research and maybe these are the versions of storage most people would opt for, given the chance. 32 GB is enough for the majority of use, and it is probable that those who would need more would actually opt for a lot more, needing 128GB or even 256GB of internal storage for their media content.

Even though we seem to know more and more about the upcoming iPhone 7 and iPhone 7 Plus, we can be almost certain that Apple won’t let every detail be leaked ahead of time. The company will most likely hold on to some little surprises that will only be revealed when the gadgets will be officially launched in September. Until then, we can only guess what other features the iPhone 7 will bring.