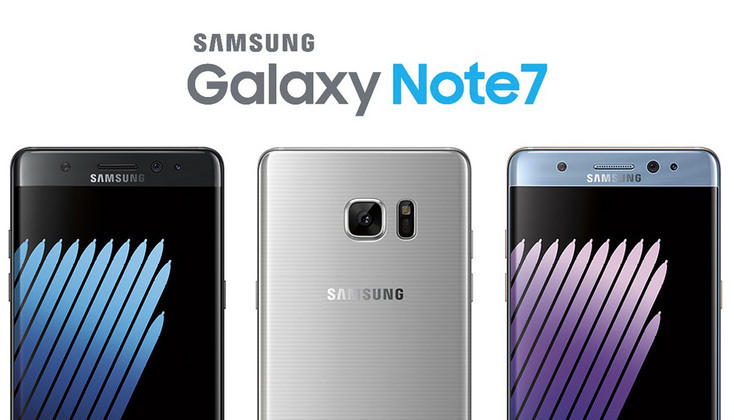 When it was first launched, we all thought that the Galaxy Note 7 is one of the best smartphones on the market. It came with a long list of amazing specs and features and promised to be everything a smartphone user could dream of. After all, it has an impressive water and dust resistance, an iris scanner, 4GB of RAM, and it includes 64GB of internal storage. The microSD card slot that supports up to 256GB of external storage is also a plus, alongside the 5.7-inch Super AMOLED capacitive touchscreen.

Unfortunately, only a few weeks after its release, we had to find out that the Note 7 was not as great as we all thought it would be. Of course, the specs remained the same, but there was one inconvenience, and it wasn’t a minor one:  the Note 7 had a tendency of exploding. Samsung first recalled all the devices that were sold, and reissued the smartphone. Now, it seems that the second version of the handset is also compromised and can be a threat to users’ lives even. This is not an aspect to fool around with. The South Korean company seems to realise that this is truly a huge problem, so they decided to halt the production of their latest flagship device. According to CNet and other sources, major carriers from the US already stopped selling the Galaxy Note 7 and instead of allowing users to change their recalled handset with another of its kind, they urge customers to replace it with another smartphone, not the Note 7.

Even though so far it seems that this problem didn’t affect the sales of Samsung, if they won’t manage to solve this issue, and do it fast, we might just see the tech company lose a lot of customers, and possibly even collapse. Thankfully, the Galaxy Note 7 is not the only handset of the tech giant, they can still rely on the Galaxy S7 and S7 Edge, but if Note 7 handsets continue to overheat and explode, it could happen that smartphone users lose their confidence in the quality of Samsung devices and turn towards other manufacturers instead. After all, safety trumps any amazing feature of a smartphone. We’ll have to wait and see what Samsung’s next step will be and how they will manage to turn this situation around.

Smartphones, tablets, laptops, drones, smartwatches my goal is to review them all.
Previous OnePlus 4 To Be Launched At The Beginning of 2017
Next The Next Apple Smartphone Could Be The iPhone 10