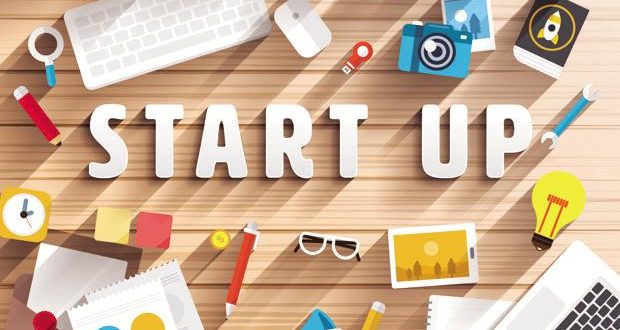 Co-founder and co-CEO of Warby Parker best describes startups. “A startup” he says “is a company working to solve a problem where the solution is not obvious and success is not guaranteed.” Start-ups are entrepreneurial ventures which involve new health, recreation, online casino, education, technological and other types of businesses that aim to meet marketplace needs. They develop viable business models around a service, process, business or a platform.

From the outset, startups were considered trendy and innovative. Everyone wanted to be part of a start up because the model offered young inventors and innovators the chance to attract the financing needed to set up shop.

Countries around the world are reporting that the number of start-ups is rising from one year to the next. New records are being set every year around the world as start-up entrepreneurs feel more and more secure in their ability to start a new business.

Some of the top recent start-ups include:

Shippo was created to help eCommerce businesses ship items that are purchased to the customer. E-Commerce sites like eBay and Esty are using the app which allows the seller to offer shipping from any parcel service so the customer can easily weigh the benefits of cost versus speed.

Shippo presently employs 60 people but it’s growing thanks to a $20 million funding plan led by Bessemer Venture Partners. Future plans include building out the team to become more active in the international shipping world.

The innovative dating app Coffee Meets Bagel launched in 2012, aiming to make matches online in a way that takes into account the different dating styles of men and women. Every day the guys receive up to 21 quality matches which are known as “Bagels”. They can either LIKE or PASS on these Bagels. Then, the Coffee Meets Bagel staff decides on the best potential matches for the women based on the men who expressed interest.

Once the men are presented the women can choose with whom to speak. The app is expanding with a new video feature and an additional CMB Experiences that bring users together in the real world.

Coffee Meets Bagel is competing with the big boys including the billion-dollar Match Group which owns Tinder, OkCupid, Match, PlentyofFish and many of the other big match sites. For this reason Coffee Meets Bagel is focusing on being more innovative, specifically regarding its unique CMB Experiences.

Bike sharing has been a feature in many cities around the world for years but not everyone is able to ride a bike. It takes a certain level of coordination, experience and physical ability. The concept however, gave the Bird innovators an idea to allow cities to add electric scooter sharing to the mix.

The Bird app gives riders a chance to pay a small amount of money and ride their shooter from one station to the next. Since all a rider needs to do is push off and then stand on the scooter, it gives the rider a chance to avoid traffic, get some fresh air and move seamlessly through the streets while standing on the scooter.

Riders move according to the local laws, either in bike lanes where they exist or on the side of the street. Scooter users are asked to bring their own helmets for the ride.

The company, which began in Los Angeles, was able to raise $100 on a $300 million valuation and then another $150 million led by Sequoia Capital. This puts it in strong competition with other scooter ride-sharing companies including Lime and Spin.

Working at a call center isn’t easy work. Most of the calls result in hang-ups or rude rebukes for calling at inopportune times. Yet marketers see direct calls as a strong marketing tool that brings results so the chances aren’t good that the practice is going to end any time soon.

Marketers, however, are aware that they’re annoying people with their calls so they look for ways to make the calls as painless as possible for the person answering as well as for the person doing the calling.

TalkDesk takes a contact center into the digital age with a modern cloud solution that increases productivity while providing a unified approach to customer service. Features include the ability to record calls, to control the calls by transferring calls, adding people to a current call and placing a caller on hold while viewing comprehensive information about the caller.

The call center allows for queue callback and queue to voicemail options for all domestic and international calls. Connection rates are reduced through outbound caller ID and spam is controlled via easy blocking capabilities of spam numbers. Supervisors can even match callers to the agents most qualified to meet their needs which increases the rate of the first-call resolution and customer satisfaction.

Wizer offers teachers the opportunity to give their students fun, dynamic and interactive worksheets that engage the student as s/he works through the assignments.

The teacher can embed videos, audios, question types, external URLs, images and a variety of question types into the worksheet which the students complete online. The worksheet moves from one medium to another so the kids don’t get board as they complete their assignments, section by section.

There’s automatic checking and grading so the students receive immediate feedback. Teachers have the ability to make the worksheets as aesthetically pleasing as possible using designs and pictures with numerous background and theme options.

The wizer worksheet builder is easy to use and intuitive, meaning that teachers don’t need a high level of technical skills to create a terrific worksheet that will draw the kids in to WANTING to complete it.

The old joke about boring worksheets is no longer relevant with Wizer.

Smartphones, tablets, laptops, drones, smartwatches my goal is to review them all.
Previous Skill or luck: which video card game strategy best suits you?
Next EaseUS MobiSaver Free – the Easy Way to Recover Data on iPhone