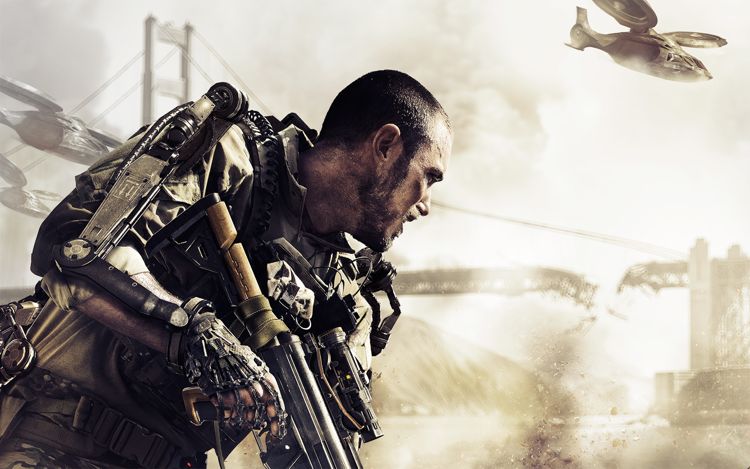 If you’re a fan of Activision’s popular FPS franchise, Call of Duty, you’re likely going to pick up the game as soon as it launches. However, this time around, the latest installment in the franchise, Call of Duty: Advanced Warfare, won’t be exclusive to gaming consoles or PCs. Activision has just released the companion app for the game, which is supported by iOS, Android, Windows Mobile and Kindle devices, and complements the actual game quite nicely, bringing a full array of unique features to the table.

As of now, the app can be downloaded and installed on these devices. Players using the app will be able to keep in touch with fellow clan members. Notice the word clan? That seems to be the main focus of the app, which is designed specifically to help clans keep in touch and interact while being away from their favorite gaming platforms. The app includes a great emblem editor for you clan, which is of course synced to your in-game account, allowing you to tweak your clan’s emblem while on the go. Users can also use the app to chat with fellow clan members, check out their profiles and much, much more.

Perhaps most interestingly, the Call of Duty: Advanced Warfare Companion App (quite the mouth-full) provides access to Clan Wars, which allow players to compete against similarly skilled and sized clans. Winners get strategic advantages on the game’s map. Clan Wars provide quality entertainment for both inexperienced players as well as veterans. If you’re planning on playing the game itself, make sure to download the app. If you’re not sold on the idea yet, you can take a look at the app’s trailer below:

As long-time IT enthusiasts, gamers and gadget fanatics, Mark and I have been working in the industry for a long time and we both have a vast experience in dealing with smartphones, tablets, PC and console hardware and everything tech-related. My list of industry insiders is long-enough to allow me to get insights into what's going on in the technology field and provide my readers with interesting and timely updates. I focus on brief, to-the-point reporting, keeping the "bla bla" to a minimum and making sure my readers get easy access to important information and updates. I mainly specialize in Android-based mobile devices, leaving iOS and Apple devices in Mark's capable hands.
Previous 20 Ways To Sell Your Product Faster
Next Samsung is planning to cut back next year