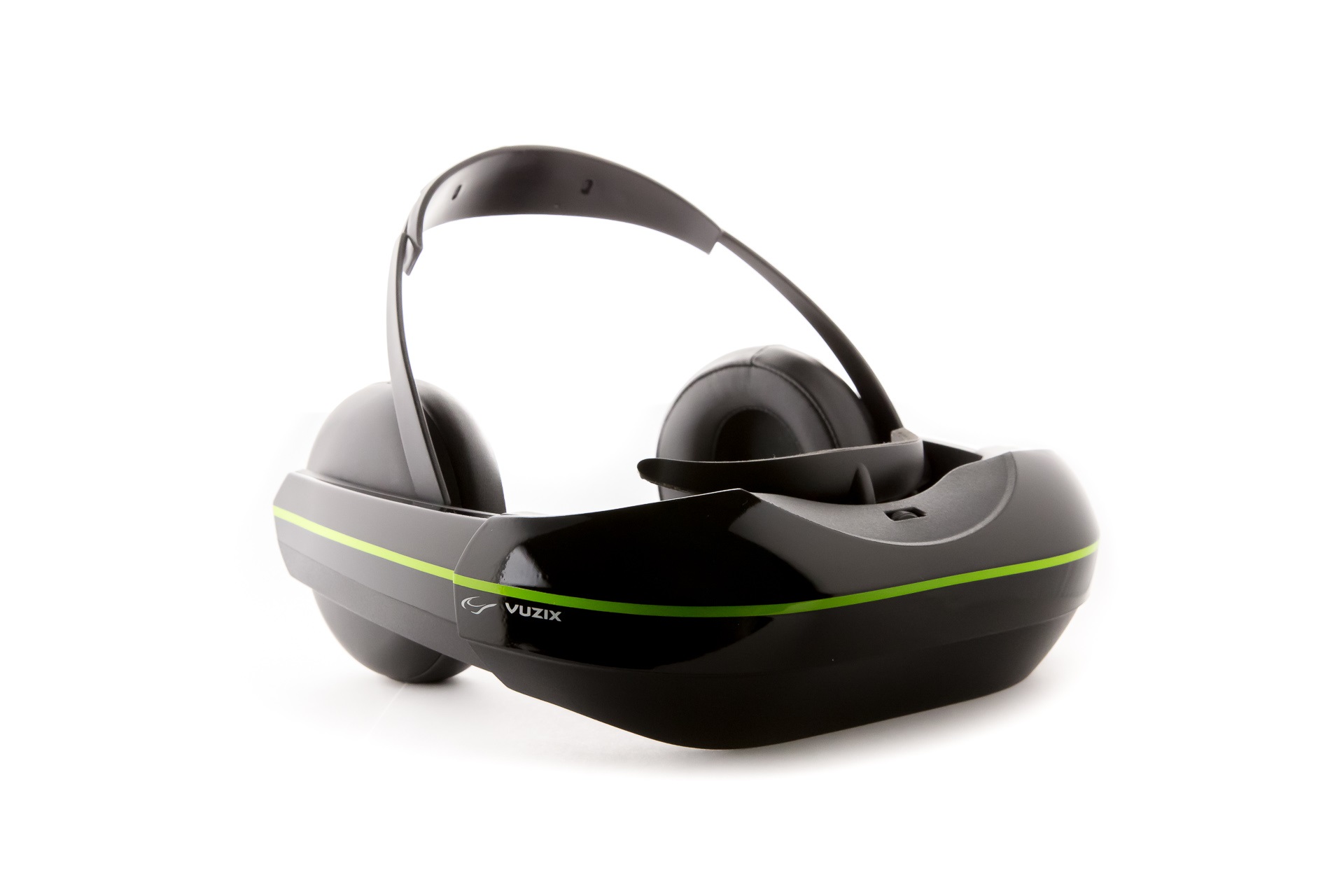 The Game Developers Conference, aka GDC 2015 seems to be focusing heavily on virtual reality this year, as Vuzix joins the ranks of Sony, ReachVR and Softkinetic, Oculus Rift, Opaque, Valve and more in unveiling a new virtual reality headset. The Vuzix IWear video headphones are the newest tech from the company that try to merge audio and video for an incredibly immersive virtual reality experience, targeted at gamers. Gamers in general not only appreciate good resolution, framerates and graphics in a virtual reality headset or a game, in general, but also look at (or hear at?) audio qualities of a device. Which is why many gamers go for high-end headphones or audio systems. Vuzix plans to solve that craving for a comprehensive virtual reality gaming system with the new Vuzix IWear 720p video headphones.

The Vuzix IWear VR combo-headset will cost around $500 once it hits store shelves, which is a rather steep price, but we’re almost certain that both Project Morpheus from Sony and HTC Vive will cost around as much when they hit stores. Maybe Morpheus will be a bit less expensive as it needs to be connected to a PS4 and its tracking camera in order to function. But the Vuzix IWear has something special that actually warrants that price tag: cross-platform compatibility. 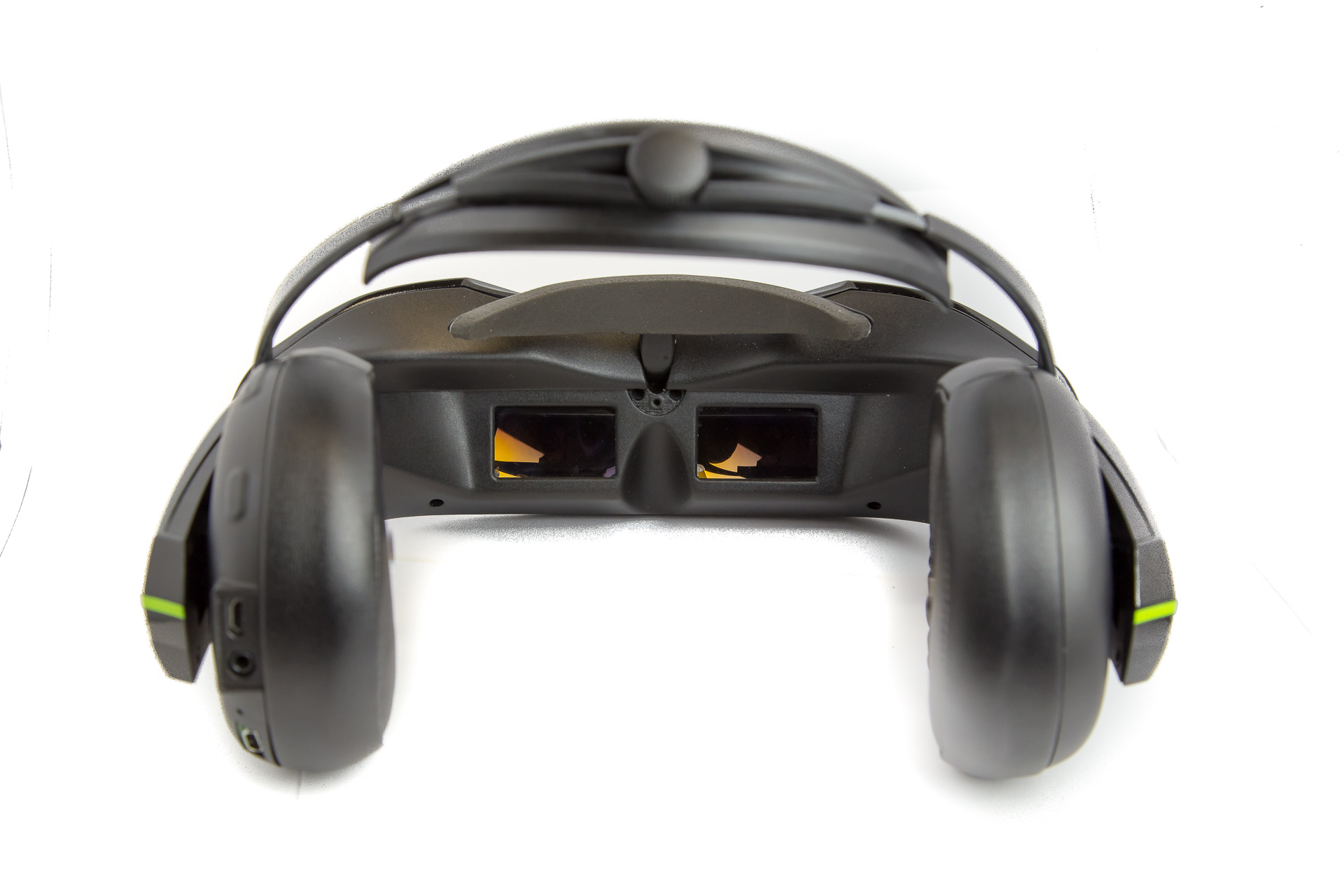 As long as it’s got an HDMI output, Vuzix IWear is good to go, so that’s mainly smartphones, tablets, PCs, consoles, TVs and many more. The headset comes with integrated motion tracking, OSVR (which stands for Open-Source Virtual Reality), Unity 3D and Unreal gaming engine support. That means you can view and play with 3D content, as long as the device you’re connecting to manages that kind of output. The device gets a 720p display within, which is neat, but not as neat as the competition. Still, that compatibility thing should make this device pretty interesting to many gamers in the world.

Fact of the matter is, motion tracking doesn’t seem to be as advanced as on other virtual reality headsets, but the Vuzix IWear still manages to put out great video content and gaming content. But that can be resolves, as Vuzix will make optional 3D augmented reality cameras available for those interested, although pricing or availability for these hasn’t been disclosed yet. With those cameras, the IWear might just become one of the most versatile VR headsets out there, although the HTC Vive is also shaping up to be rather interesting in this respect.

Vuzix hasn’t said when the new device would be available for purchase, but sources say that by the time April Fool’s Day hits, pre-orders, or at least development kits would be made available. The consumer version will most likely need a bit of development, but we are sure to find out more in the next few days of the Game Developers Conference in San Francisco. Do you think Vuzix IWear has a shot at competing with the HTC Vive, Oculus Rift, Project Morpheus and all the other VR headsets out there? Do you think that the added high-def audio headphones sweeten the deal on this bugger or would you prefer paying less and pairing your own headphones?

Hi fellow tech enthusiasts! I'm Mary. I enjoy writing about tech, but I love tinkering with gadgets more. If it can take a screwdriver, leave it to me to fix it (or brick it). I'm passionate about Android and I'm all in for Google, but I don't stray from Apple nor Windows, so I'll keep you up to date on everything mobile (or stationary).
Previous ReachVR: 3D mapping limbs in virtual reality
Next Malware distribution rates have doubled over the past year