Home / Hardware / Samsung’s Galaxy Note 4 vs. Galaxy S6 Active: Out With the Old, In With the New 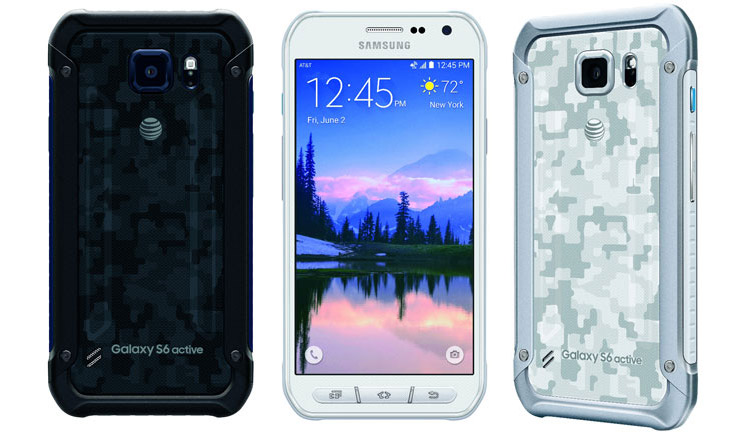 Samsung’s Galaxy Note 4 vs. Galaxy S6 Active: Out With the Old, In With the New

Ladies and gentlemen, it’s time to decide. In one corner, we have Samsung’s well-known, popular phablet, the Galaxy Note 4. And in the other corner, we have the Note 4’s opponent: the rugged, the durable, Galaxy S6 Active. Only one will be walking away unscathed, who will be the victor in this mobile showdown?

When it comes to the pricing of these two wonderful devices, you’ll be shocked to find that there’s not much of a difference. Without a contract, the Galaxy Note 4 is a whopping $699, whereas the Galaxy S6 Active is $694.99. If the $5 difference matters that much, then technically, the S6 Active is cheaper.

Now, the Note 4 is sizable (it’s 5.7 inches after all) and it’s battery is just shy of 19 hours compared to that of the S6 Active. Despite both of them having 3 gigabytes of RAM, the Exynos 7420 processor is quite powerful, eliminating the lag that Note 4 users would experience. Based on it’s compact size (and powerful size), we’re going to have to give the best specs to the S6 Active.

When it comes to the operating system, things get a little tricky. The Note 4 experienced some issues way back when it received Android’s Lollipop 5.0 update. These issues included extreme lag, battery drainage, and loss of WiFi. While many are awaiting for the Android 5.1.1 update (it was rolling out a couple of days ago), several have voiced that going back to the original KitKat OS is the best way to solve the problem for now. However, the S6 Active runs very well on the Android 5.0.2 update, with little to no trouble. For the best OS, seek out the Galaxy S6 Active.

Both devices are loaded with their own dedicated features. However, the S6 Active still holds onto it’s lead with it’s wireless charging, it’s OneDrive feature (155 gigabytes of cloud storage), and the fact that it’s water-proof and can withstand a couple of nifty falls. Although the Note 4 has it’s Quick Charge 2.0 feature (charges 60% in 30 minutes), it would’ve stood on top for features if it had Penvatars (essentially, customizable cursors), but unfortunately, it seems that Samsung has forgotten about it.

It’s easy to see that the victor of these Galaxy’s is the S6 Active. The S6 Active is a newer phone, it comes back with a monster of a battery, and you can take it for a hike without the worry of nature damaging it.

If it makes Note 4 users feel any better, the Note 5 is expected to be a popular phablet successor and pick up the slack that the S6 caused (S6 Active will also be participating in that). Until then, if there are any S6 Active users reading this, how do you feel about the device? And for everyone else, do you agree with the winner? If not, why do you think the Note 4 should’ve won? Let me know in the comments below.

Smartphones, tablets, laptops, drones, smartwatches my goal is to review them all.
Previous Penvatars: Where Are They? Has Samsung Forgotten About Them?
Next Motorola Moto G (2014) vs. OnePlus One: Who’s Cheaper?