Home / Software / Windows 10 is not free for pirates 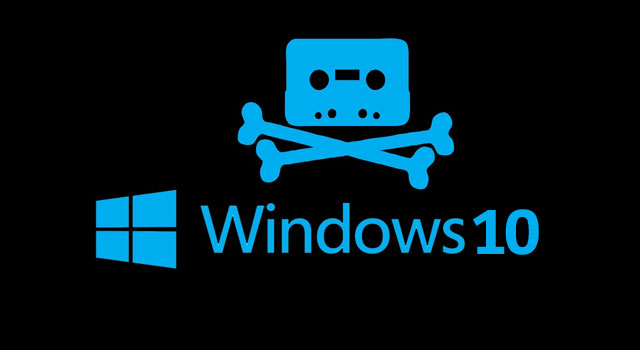 Windows 10 is not free for pirates

In the last time, there were all kinds of comments regarding the gratuity of Windows 10 for different categories of users. Some of these comments were launched by Microsoft insiders, it happened the same as it did when there were rumors about the free upgrade from Windows 7 or Windows 8 pirate versions. These are marketing usual schemes and they come to raise the interest for the product.

But Microsoft came here now and cleared things officially. Windows 10 is not going to be free for pirates but Microsoft will send some very good offers to those who want to become legit.

Many people say that pirate Windows 10 versions can be bough together with the pc’s. In this case, on the pirate version of Windows 10, Microsoft will show a clear warning message. But the problem we have, may unlicensed Windows 10 be used? And might that message not affect the users, not even that much to have the need of asking for a patch?

What Microsoft also said was that the users who have come with license for Windows 7 or Windows 8.1 in the first year will benefit updates and support for Windows 10 on the entire period that computer will work for.

In conclusion, the message of Microsoft is very strong: those who buy earlier Windows versions will benefit Windows 10 functionalities, while the others, the so called pirates, will not. Even if you have a pirate version for Windows 10, you will not be able to update it. And, without patches and updates, any Windows 10 will be less useful, let’s not say useless. Nothing good comes for free, this is the message Microsoft wants to spread around, and they are right.

As long-time IT enthusiasts, gamers and gadget fanatics, Mark and I have been working in the industry for a long time and we both have a vast experience in dealing with smartphones, tablets, PC and console hardware and everything tech-related. My list of industry insiders is long-enough to allow me to get insights into what's going on in the technology field and provide my readers with interesting and timely updates. I focus on brief, to-the-point reporting, keeping the "bla bla" to a minimum and making sure my readers get easy access to important information and updates. I mainly specialize in Android-based mobile devices, leaving iOS and Apple devices in Mark's capable hands.
Previous Adblock Browser for Android devices has been officially launched
Next Unannounced Samsung “CHOPIN” Tablet?