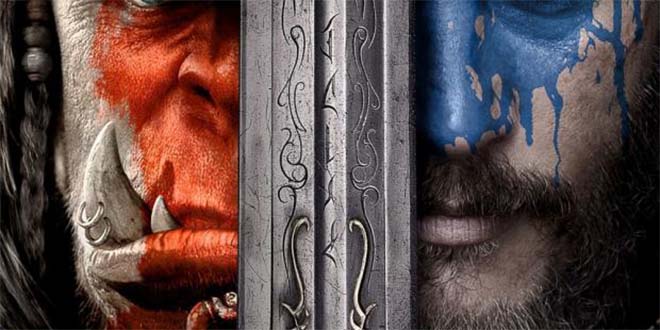 11/7/2015 Update: After inviting some of the some of the movie crew on the BlizzCon stage, Duncan Jones presented the movie trailer in all its glory:


BlizzCon is here and it brings a lot of great stuff to gamers and Blizzard fans. Alongside developer discussion panels, epic esports competitions and a Linkin Park concert it was also said that two major trailers will be released today. The trailer for World of Warcraft- Legion and the trailer for the movie Warcraft. They were both teased recently and now they are here. We already discussed the matter of the World of Warcraft game trailer and now we got to see what the movie produced by Legendary Pictures in partnership with Blizzard Entertainment will look like.

Warcraft, that will be internationally released as Warcraft: The Beginning, is a epic fantasy film. It is, as its title suggests, based on the game developed by Blizzard Entertainment, World of Warcraft. Warcraft, the movie will bring the characters of the game to life through the action that is set on Azeroth. The 3D movie depicts the war that goes on between the humans and the orcs that try to colonize Azeroth. The Warcraft movie will feature Travis Fimmel, Ben Foster, Dominic Cooper, Ben Schnetzer, Ruth Negga, Callum Keith Rennie and Dylan Schombing as members of the Alliance. On the opposite side, Hordes include Toby Kebbel, Robert Kazinsky, Daniel Wu, Clancy Brown, Terry Notary and Anna Galvin.

Although a big part of the movie is made up of computer generated images, it still looks real and great. The fact that it will be available in 3D only makes Warcraft even more interesting. Specially for those who have played the games for years. They will be able to get closer to their favorite characters when watching the 3D Warcraft: The Beginning.

Speaking of the title of the movie, Warcraft: The Beginning might suggest that it is actually only the beginning and there will be more parts to come. Since Warcraft is set to be released only on June 10, 2016, we still have to wait a little bit longer to see where the story of the Warcraft movie ends and whether it will allow creators to continue with another part. For now we can only base our assumptions on the international title of the Warcraft movie.

Technology- wise the Warcraft movie seems to be great. Even in the teaser you could see that creators paid a lot of attention do details and managed to deliver a good quality Warcraft movie. Given the quality of the Blizzard role playing game it would have been a shame for the movie to be any other way. We are eager to see the whole Warcraft movie, not just the teaser or the trailer. Unfortunately, there are more than seven months until then. But we hope that it will be worth the wait.

I have always been eager to try out any gadget I could get my hands on. I became a tech journalist so that I could always be around technology and see the newest devices. I use gadgets every day to make my work and life easier. I have enough experience to know If a device is actually improving my activity, offers something useful or new. I will post my honest opinions and judge a device as objectively as I can.
@https://twitter.com/Colin27Anderson
Previous UPDATE: World of Warcraft: Legion Trailer Revealed
Next Toyota to invest $1 billion in AI research