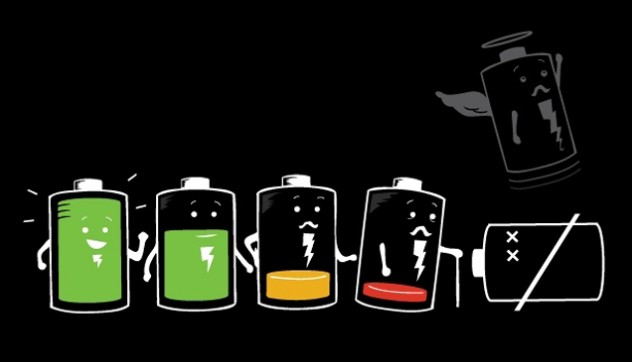 Samsung’s Galaxy Note 4 is one of the companies most successful devices, its premium feel, high-end hardware, gorgeous screen and overall well build made this phablet a very desired gadget among tech enthusiasts. To keep this powerhouse going Samsung gave it a 3220 Mah battery. This is a very good size for modern day batteries and it should keep the phone going for a full day of use without any problems. For some reason, or for several reasons, the device drains the battery faster than it should and heavy phone users find themselves having to carry around their power adapter. Here are a few examples of the Note 4 battery drain causes and tips on how to last longer on one charge.

Some Android Lollipop users have reported that they encountered a battery drain problem with the OS. It seems that some services and apps were behaving abnormally by turning on the screen, opening a data connection for updates and not closing the data connection when finished. In other cases, several Google apps would not enter sleep mode after exiting and kept using battery life in the background.

To make matters worst, this Android power bug has been reported on the new 6.0 Marshmallow OS, sadly the only solution if you really want to fix this issue is to downgrade to Android KitKat.

Anybody who held this device even for a short period of time will say that the screen is amazing, the Super AMOLED 5.7″ QHD display delivers a very crisp and clear image. The colors pop but are not over saturated and looking at this gorgeous display is a very pleasant experience. The downside is that the screen uses a lot of battery power to create that amazing image. Here are a few tips for setting up your phone to reduce power usage:

Third-party apps have been known to drain the battery at an alarming rate. Some bugs may cause an app to turn on by itself in the background and drain use power, to see how much power apps use go to settings – battery and see how much power every app uses. If it seems that an app is using more than it should try reinstalling it and see if anything changes.

If you can’t identify the app that is causing the power drain, boot the device in Safe Mode. In Safe Mode third-party apps are disabled and it will be easier to see if the problem is caused by a native Google app.

I have always been eager to try out any gadget I could get my hands on. I became a tech journalist so that I could always be around technology and see the newest devices. I use gadgets every day to make my work and life easier. I have enough experience to know If a device is actually improving my activity, offers something useful or new. I will post my honest opinions and judge a device as objectively as I can.
@https://twitter.com/Colin27Anderson
Previous Is the Blackberry Priv the beginning of a furious comeback?
Next Atlas C57, an innovative flashlight, launched on Kickstarter