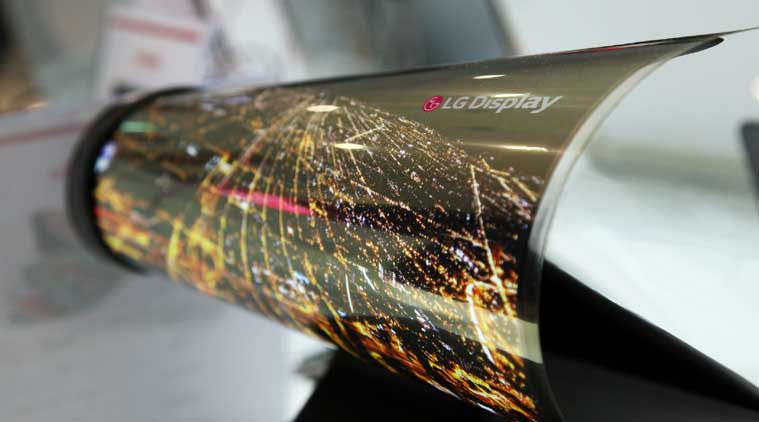 Technology will never cease to amaze us, and tech companies come with something new every day. Although foldable displays are not necessarily a novelty, the 18-inch which you can roll up like a newspaper display developed by LG is still quite impressive. LG has been working for a while on bendable, rollable, and curving OLED displays, and it seems that the company will finally show off the result of its work at the Consumer Electronics Show that will take place this week in Las Vegas.

As we already mentioned, LG is not the only tech giant that is working on foldable displays, Sony, Samsung and Sharp already showed off prototypes similar to the one developed by the South Korean company. Some might wonder how the foldable, rollable and bendable displays could be put to good use, given the fact that the current displays, which can’t bend, are already great. The bendable displays could be used in a number of devices, starting from smartphones and tablets to huge TV screens and other kinds of screens which could wrap around interior spaces delivering experiences we couldn’t even imagine a few years back. Thanks to the foldable displays smartphone screens wouldn’t break so easily and video experience could go to a whole new level with screens that can be adjusted to different interiors.

LG even envisioned its foldable screen installed in automobiles, and the company will show off a 25-inch curved screen they installed in a car. So, there is a great number of possible uses for the new technology. Of course, the South Korean company has worked on other projects also in the past few months, like the 55-inch TV which is incredibly thin, and the 8K TV we already mentioned these days. The tech company will show off its new gadgets at the CES this week, so be prepared to be amazed.

I have always been eager to try out any gadget I could get my hands on. I became a tech journalist so that I could always be around technology and see the newest devices. I use gadgets every day to make my work and life easier. I have enough experience to know If a device is actually improving my activity, offers something useful or new. I will post my honest opinions and judge a device as objectively as I can.
@https://twitter.com/Colin27Anderson
Previous Lenovo Yoga Tab 3 Pro – CES Innovation Awards Honoree
Next Give your headphones a boost with BoomStick