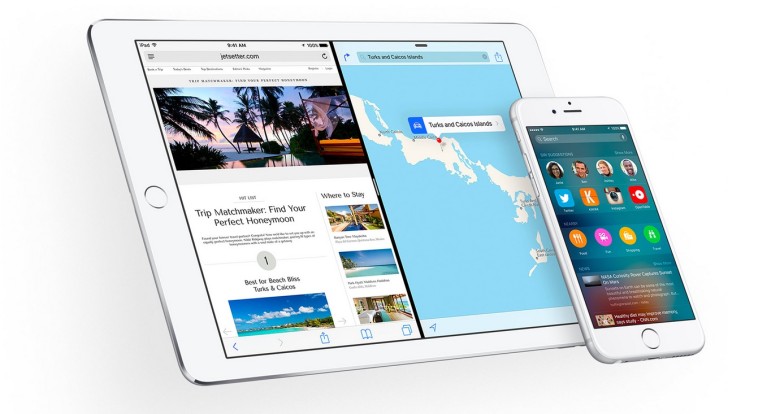 The majority of software updates don’t really come with amazing changes,  minor tweaks that target mainly the appearance and the security features of the operating system. Apple released the iOS 9 last year, and now they already released the iOS 9.3 beta, alongside the tvOS 9.2 and WatchOS 2.2 betas. All of the above-mentioned software updates bring something new to the users, but the iOS 9.3 seems to be the one that comes with the most impressive ones. According to the Cupertino-based company, the latest iOS release will add numerous innovations to one of the most popular mobile operating systems out there. The new software improves a wide range of apps and it also comes with new additions to CarPlay.

One of the new features is the NightShift which uses the iOS device’s clock to determine when it is dark in the location of the user. After sunset, the colors on the device’s display will be shifted to warmer shades, so the light and colors will be easier on the user’s eyes. Users won’t need to bother setting the colors of the display back to normal, the operating system will do that for them as soon as the natural light conditions change.

The latest version of the Apple software takes security to another level, and it will protect even the Notes application. Users will be able to secure the notes that contain sensitive data, either with a password, or their fingerprint. Sorting the notes will also become easier, users can now opt for sorting them by date created, name or date modified. TheNotes application isn’t the only one that suffered some changes, the articles in For You can now be even more personalized, so users will get suggestions regarding the articles they are interested in, and the new ones will appear a lot faster than before.

The new version of the operating system enables users to more easily find third-party health and fitness applications. Speaking of health, the Health app will now display the user’s move, exercise, and stand data, as well as their goals, from Apple Watch, according to Apple. In case the iOS devices are used for educational purposes, the new software update could delight some of the users. Thanks to the new features of the iOS 9.3 beta, teachers will be able to easily guide their students through a lesson and monitor their progress. Students can share the iPads but still have their private content. The software update will allow users to log in from any iPad and have all of their content at hand.

As you can see, the new version of Apple’s software comes with a number of changes that are meant to enhance the user experience. From privacy to fun and efficiency, the tech giant seems to have thought of everything.

I have always been eager to try out any gadget I could get my hands on. I became a tech journalist so that I could always be around technology and see the newest devices. I use gadgets every day to make my work and life easier. I have enough experience to know If a device is actually improving my activity, offers something useful or new. I will post my honest opinions and judge a device as objectively as I can.
@https://twitter.com/Colin27Anderson
Previous Apple Is Not Working On An iOS-To-Android Tool
Next Amazon To Release Portable Echo Soon