Adobe introduced plenty of new features to its Lightroom iOS app last year. The Android version of the app, sadly, didn’t receive any of the additional features in the past months, but a recent update should make those using the app on their Android devices happy, as it now features more than the iOS version.

Among the new features that have been added to Lightroom for Android is the ability to shoot RAW photos, which are saved in the DNG format. This option won’t be available for all smartphones, but more recent devices should be able to handle it without any major problem.

Outside the RAW photo shooting, Lightroom for Android now comes with all the features that have been introduced last year for the iOS version of the App, such as split toning, haze removal and more.

Even though the lack of RAW photo shooting is a bummer for iOS user, this lack is not Adobe’s fault, as iOS doesn’t allow RAW files to be saved on any devices through third party camera apps. Google, on the other hand, has started allowing this in recent times, so Adobe has taken advantage of this in the latest update. 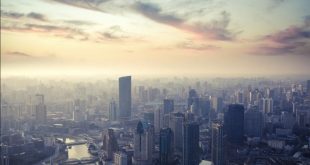 The introduction of numerous new Maps, Search, and Shopping features was announced by Google today. …