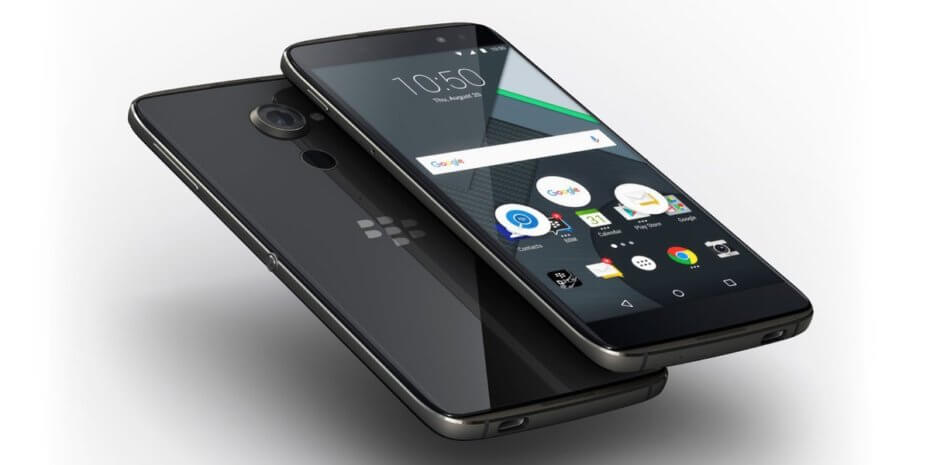 BlackBerry, the Canadian company that used to manufacture what many of us considered to be the perfect business smartphones, announced the DTEK 60 on Tuesday. This is the second device from the DTEK line, and according to some people, it is also the last. It is also one of the few Android smartphones released by the company. What really differentiates the BlackBerry smartphones from other Android devices is its security features. The Canadian company didn’t give up on trying to deliver the most secure handsets out there, even if they ditched their own operating system.

BlackBerry definitely did not create the DTEK 60 to impress with its design. Even though the appearance of the handset is quite pleasant, it doesn’t stand out with anything. It has a design with rounded edges and the signature BlackBerry logo on the back cover of the device. This doesn’t mean that it is not a good quality handset, though. The DTEK 60 has a 5.5-inch QHD display, which is able to ensure great image quality. The device features a Qualcomm Snapdragon 820 processor, and it includes 4GB of RAM and 32GB internal storage. Users can further extend this by up to 2TB thanks to the microSD card slot of the smartphone.  This is certainly more than enough space for the majority os smartphone users. The latest BlackBerry smartphone has a 3000mAh battery, which is not impressive, but it isn’t disappointing either. It should be enough to take users through the day, but don’t expect any miracles.

The latest Blackberry smartphone has a 3000mAh battery, which is not impressive, but it isn’t disappointing either. It should be enough to take users through the day, but don’t expect any miracles. Even so, compared to other smartphones, the DTEK 60 should offer a good battery life. The latest addition to BlackBerry’s lineup has an 8MP front-facing camera, and a stunning 21MP back snapper, with auto-focus and a dual-tone LED flash. Naturally, users will find a fingerprint scanner on the back of the device. After all, BlackBerry is famous for its attention to security.

The DTEK 60 keeps the BlackBerry Hub, which is the favorite BB feature of the majority of users. It also has a smart keyboard which helps users to type faster, and more accurately. This almost makes up for the lack of the physical keyboard every BB fan used to love. The device also features the Customizable BlackBerry Convenience Key, which allows users to easily access their most used applications.

Of course, the latest DTEK device kept the majority of features of previous Android handsets. These include the Rapid Security Patching, the Hardware Root of Trust and Secure Boot Process. Users will also benefit from Android OS hardening, FIPS 140-2 Compliant Full Disk Encryption, Android for Work and Google Play for Work. The DTEK remains a good option for a business smartphone, given the fact that it features BlackBerry’s Full Enterprise Mobility Management Support. It is also quite affordable, with a $499 price tag. For now, the device is only available in select countries, but it will soon be released globally.

Hi fellow tech enthusiasts! I'm Mary. I enjoy writing about tech, but I love tinkering with gadgets more. If it can take a screwdriver, leave it to me to fix it (or brick it). I'm passionate about Android and I'm all in for Google, but I don't stray from Apple nor Windows, so I'll keep you up to date on everything mobile (or stationary).
Previous Xiaomi Mi Mix- Possibly the Most Beautiful Smartphone
Next Microsoft Introduced the Surface Studio