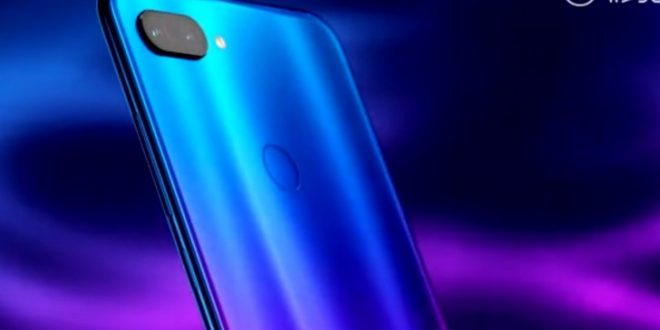 Xiaomi is a company that doesn’t only release two or three new models each year. The Chinese smartphone manufacturer offers a great variety of devices each season, targeting different groups. One of its best models of the year was the Mi 8 and tomorrow we will see yet another model launch, the Xiaomi Mi 8 Youth, also known as the Mi 8X. As its name suggests, the new model will be a fresher variant of the original Mi 8, with simpler specs and most likely a lower price, making it more accessible for young people with a more modest income. Even so, the Xiaomi Mi 8 Youth promises to be a nice handset with a more than decent specs sheet.

First of all, rumor has it there will be some design changes coming with the new model. The cameras on the back will not sit one above the other, instead, they will be set horizontally. The display also gets a tad larger, however, this will be a minor change, unnoticeable for the majority of smartphone users. Also, Xiaomi cuts back on the price by changing the AMOLED display with an LCD screen. Naturally, changes occur on the inside too. The screen resolution remains mostly the same, still, the LCD screen will probably be a little less impressive than the AMOLED display of the original Mi 8. 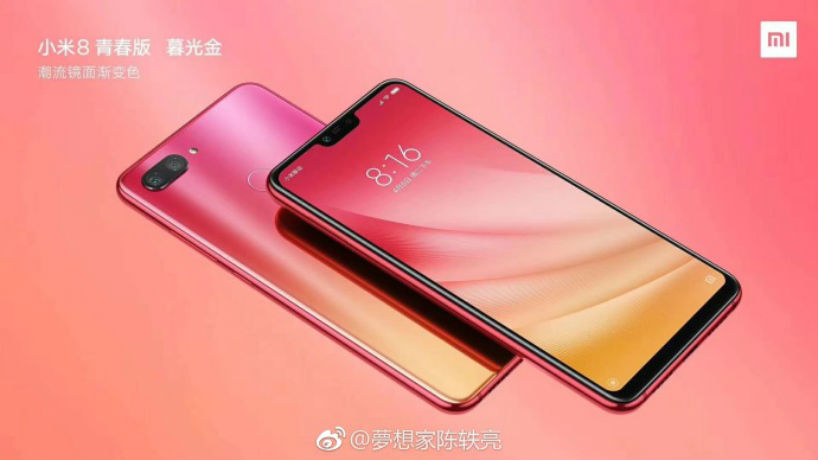 Instead of the original Mi 8’s Snapdragon 845 chipset, the Xiaomi Mi 8 Youth will offer a slightly less powerful, Snapdragon 710 SoC. While the Mi 8 that launched in May is available in several storage variants, rumor has it that the Xiaomi Mi 8 Youth will only come in a single variant, carrying 64GB of internal storage and 6GB of RAM. Of course, this is more than enough for a smartphone to work perfectly, so this should not become a problem. The battery also gets a bit smaller, the new model comes with a 3,350mAh energy pack instead of the Mi 8’s 3,400mAh battery but again, the difference is barely noticeable.

Another thing that will change is the camera setup. The original Mi 8 features two 12MP sensors on the back and a 20MP lens for selfies. The Xiaomi Mi 8 Youth will reportedly offer a 12MP+ 5MP combo on the back and a 24MP sensor on the front for selfies and video calls. Face recognition is a feature that is present in the Mi 8 and lacks from the Youth version. Then again, the fingerprint sensor is still there and it is able a nice grade of protection too.

The Xiaomi Mi 8 Youth will reportedly come in a variety of colors, which is definitely a youthful feature. Xiaomi will launch a new device on September 19, so there are basically only a few more hours to go until we will find out everything there is to know about the new model, including price and availability.

I'm very curious when it comes to technology. I enjoy tinkering with entertainment and communication gadgets.
Previous Next week we could see the brand new iPad Pro 2018 unveiled
Next Online Gaming in New Zeeland