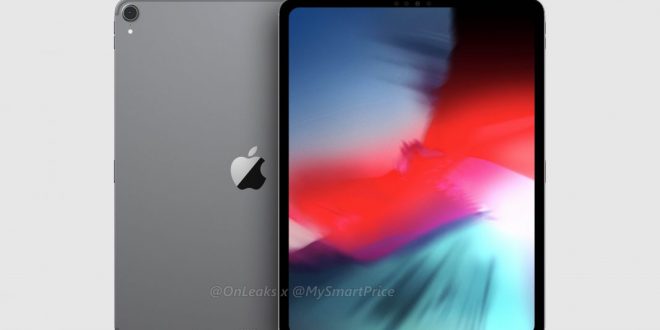 Apple is seriously preparing for something. Even though there is no official information regarding the devices that will launch on September 12, everyone is certain that there will be at least two, possibly three new iPhones and a brand new iPad Pro 2018. While there are obviously many who eagerly await for the new iPhones, a new tablet doesn’t impress that much anymore. Now that smartphones grew a lot and became a lot more powerful, tablets seem to have been totally forgotten. Even so, iPads were always highly regarded, and the iPad Pro 2018 could help Apple bring tablets back to their old glory.

In order to impress even a little bit, the iPad Pro 2018 needs to be extraordinary. Rumor has it that the new Apple tablet might be just that. Naturally, there is a high chance that the new iPad Pro 2018 will become available in two sizes. The safe guess is that one of them will offer a 10.5-inch diagonal display while the other will have a larger, 12,9-inch screen. Just like other Pro tablets before them, the new devices will most likely come with the excellent Retina display. It’s not quite clear yet whether Apple will release both variants at the same size or will focus only on the smaller one for now and release the larger device a little later, maybe in time for the holiday season.

Even though iPads have not changed significantly in the past few years, there is a chance that this year will be different. Rumor has it that last year’s iPhone X was just the beginning when it comes to design changes in the Apple family. The iPad Pro 2018 could also get a major redesign. The new looks would be highly appreciated, especially when we think of thinner bezels. The traditional home button could also disappear, according to some. The result would be an iPad Pro 2018 that is just as cool as Apple’s flagship smartphone. If we are to consider the latest leaks to be accurate, the iPad Pro 2018 will really look amazing.

Naturally, the iPad Pro 2018 would mean nothing with its new looks alone. The new tablet will also get a boost in power. The device will come with a better processor too. Whether it will be the A11X or even the A12X, remains to be seen. Hopefully, Apple will go the extra mile and equip its iPad Pro 2018 with its latest-generation chipset. Face ID, faster charging, and the latest version of iOS are also expected to come with the new iPad Pro 2018. Besides the thick bezels and the round home button, the 3.5mm jack could also disappear from the iPad Pro 2018.

As we already mentioned, it’s not yet certain that the iPad Pro 2018 will actually launch on Wednesday. There is a high chance though, so tablet fans should definitely check out the launch event. Even if the new iPad Pro 2018 turns out to be a no-show, they will at least get to see the brand new iPhone models. Rumor has it they will be terrific too.

I'm very curious when it comes to technology. I enjoy tinkering with entertainment and communication gadgets.
Previous 5 Major Reasons Why Your Website is Slow
Next The Xiaomi Mi 8 Youth will be a fresh and simpler version of the original Mi 8