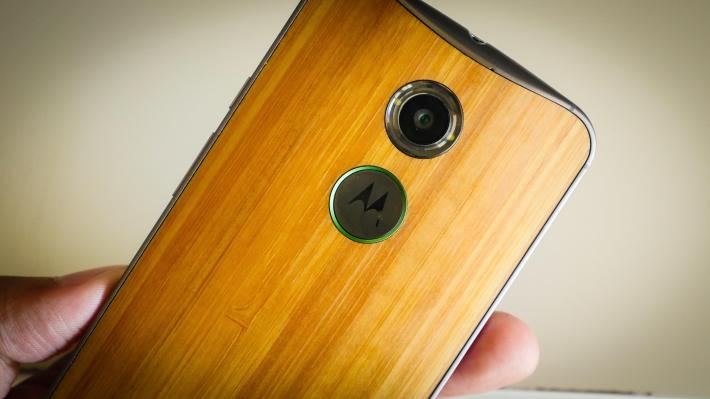 As more and more high-end smartphones are starting to receive the highly desirable update to Android, Google’s own mobile OS, Verizon strives to make its customers happy by releasing Android Lollipop 5.0 onto the 2014 version of the Motorola Moto X. As usually the case with Android updates, Nexus and Motorola phones, phablets and tablets are among the first to receive them, and the Moto X 2014 makes no exception. As is the case with updates to firmware, the Verizon Moto X Lollipop update will be rolling out gradually, so don’t fret if you can’t update right away.

In order to update your phone, you’ll need to either have around 50% power left in your battery, or update while charging. It’s advisable to back up your data prior to updating your version of Android, and you should keep in mind that once you do update to a newer version, you won’t be able to revert back to your previous OS version. This usually shouldn’t be problematic, as updates are meant to make things better rather than worse, but updates do sometimes tend to be iffy on Motorola smartphones, and Lollipop is known to be extremely buggy still, meaning you might encounter various problems, from excessive battery drain to apps crashing or not starting at all. Of course, these quirks will be ironed out sooner or later (they always get fixed), but in the meantime, it’s best to know what to expect. We’ve already heard a large number of people complaining about significant bugs and problems with Android Lollipop 5.0 on Nexus devices, so consider yourself warned.

Now on to the good news. The update brings a significant number of improvements to various aspects of the Motorola Moto X. For one, battery life is supposedly increased (this requires significant testing) and performance is considerably better in most apps an in general (confirmed). Additionally, Lollipop focuses a lot on improving the notification bar, which now becomes fully customizable. Motorola is also providing a new Downtime mode, which is essentially an advanced version of Silent mode, with the benefit of customizing just what apps will send you notifications or what calls it lets through. The obvious advantage is that by using the mode, you can still eliminate most unwanted disturbances while making sure the important information or calls get through unhindered. Of course, there are a lot more changes to Android in the Lollipop 5.0 update, and they are too extensive to list. We recommend you carefully read the OTA’s changelog after updating.

This particular update is currently rolling out for Verizon Wireless customers only, but you can expect other carriers to provide a similar update for the Moto X (and other Motorola smartphones) in the coming weeks.

As long-time IT enthusiasts, gamers and gadget fanatics, Mark and I have been working in the industry for a long time and we both have a vast experience in dealing with smartphones, tablets, PC and console hardware and everything tech-related. My list of industry insiders is long-enough to allow me to get insights into what's going on in the technology field and provide my readers with interesting and timely updates. I focus on brief, to-the-point reporting, keeping the "bla bla" to a minimum and making sure my readers get easy access to important information and updates. I mainly specialize in Android-based mobile devices, leaving iOS and Apple devices in Mark's capable hands.
Previous BlackBerry Classic review
Next Samsung Galaxy S5 gets Android 5.0 Lollipop in Europe