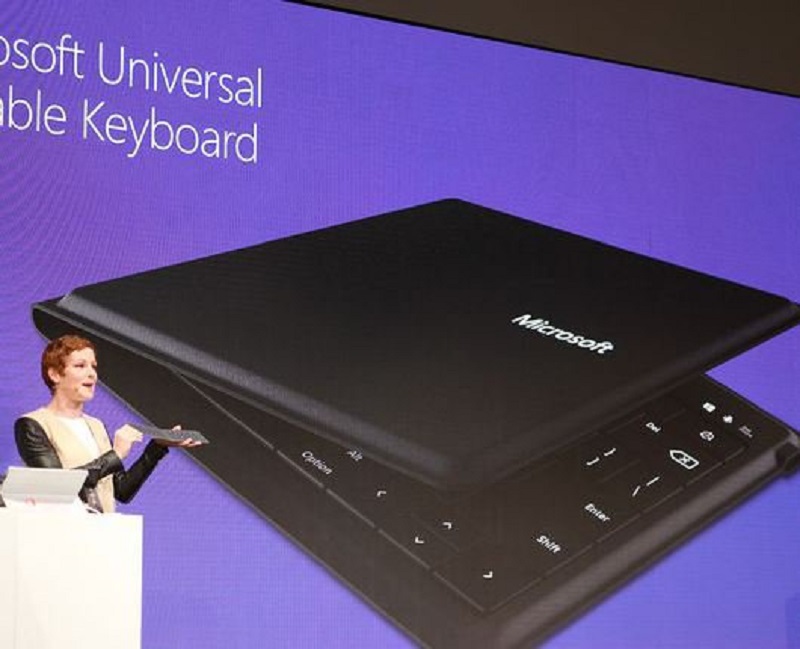 The foldable keyboard is getting popular

Microsoft has brought a curious device to the MWC 2015 show today, one that many were looking forward to, even though maybe not consciously. The foldable keyboard is the newest gadget from the Redmond giant and it’s actually a concept many have envisioned over the past years, but maybe not as a stand-alone keyboard, rather as part of a smartphone. If you’re familiar with BlackBerry fans, you must have heard them talking about a concept BlackBerry phone with a foldable keyboard. Now Microsoft did not design this foldable keyboard for smartphone integration, but it did design it so that anybody can actually use it, regardless of the platform they use on a smartphone or tablet.

The Microsoft foldable keyboard is the newest Bluetooth keyboard on the market and the special thing about it is that it can fold, and that’s about it. But imagine how cool that has to be! You have a pocket on your bag where you keep keys usually, now you can place the foldable keyboard inside and won’t have to worry about the keys falling out or getting damaged. It’s a truly fun and practical concept that in my mind, revolutionizes the way in which we look at text input with mobile devices. Not that this keyboard isn’t similar to a certain Nokia product…

Even though on-screen virtual keyboards are the norm right now, we all know that they can get pretty annoying at times, even SwiftKey. For me, the suggestions are just not what I want, the autocorrect messes up everything and support for foreign languages isn’t as high-end as possible. In my case, SwiftKey tends to slow down my phone a bit and since I don’t have that much ROM, I decided it was best to go with the stock app. But that’s just my case, as there are many happy SwiftKey users around the world. But that’s not what Microsoft is proposing with the foldable keyboard. 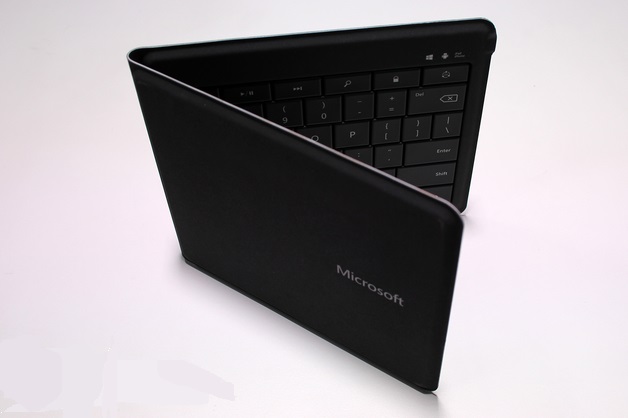 The Bluetooth foldable keyboard from the company aims to replace the touchscreen input when editing documents and working with large texts. You might not want to use it for SMS and message writing, because it adds a bit of extra time to your preparation. You need to take your phone out, connect the keyboard, unfold the keyboard and find a suitable place to place it down (I’m not sure if that’s intended, but I’ll leave it as is) after which you can type away. Not the speediest option. But for those who do their work on tablets on the go, on commutes, at school, at work or in many other situations I can’t think of right now, the foldable keyboard might just be the perfect solution.

As Microsoft places a full keyboard into a compact, foldable shape, the company is emphasizing practicality and usability of a Bluetooth keyboard, and in my opinion, envisions the future of input. The Universal Foldable Keyboard, bu its full name, is not just great because it can FOLD, but it’s great because it’s a cross-platform device. That means that if you an Android, iOS or Windows Phone equipped with Bluetooth connectivity, you’ll be able to use the new keyboard.

Hi fellow tech enthusiasts! I'm Mary. I enjoy writing about tech, but I love tinkering with gadgets more. If it can take a screwdriver, leave it to me to fix it (or brick it). I'm passionate about Android and I'm all in for Google, but I don't stray from Apple nor Windows, so I'll keep you up to date on everything mobile (or stationary).
Previous MWC 2015 day 1 in-depth: Galaxy S6, S6 Edge, One M9, Grip and Vive
Next Swatch smart watch gets real and down to Earth