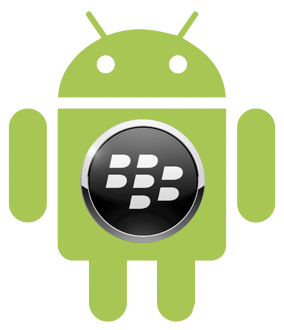 Blackberry devices are well known across the world for at least two reasons. The first reason is their incredible physical keyboards and the second reason is their security systems. Regarding security, they were the first to provide secure e-mails and pioneered the concept of apps permission. There’s not much to say about the keyboard, you either like to feel real buttons when typing or you don’t. Blackberry kept using a keyboard long after most smartphone giants constructed smartphones with only a couple of buttons (home and back) or none at all. Sadly for the Canadian company the number of users who prefer to have a physical is dropping rapidly.

To make things worst Blackberry also started losing customers when Apple and Google allowed developers to publish third-party apps. The Play Store and the App Store have become flooded with apps, while BB World fell behind its competition. The reason why Blackberry didn’t follow on their rival’s footsteps is the fact that, by opening their development capabilities to a large number of people, the security risks skyrocketed.

For an impressive period of time Blackberry stood their ground and kept improving their security features. The main idea was that secure smartphones will sell well enough to keep the company thriving. This worked for clients like companies and government agencies, who require a high level of security for their communications. For example US president Barack Obama said in an interview that he would like to use an iPhone but the Secret Service won’t let him use anything but a Blackberry for security reasons. While this might be a strong testament to Blackberry’s security software, it doesn’t impress the normal day-to-day smartphone user who likes to have lots of colorful apps and games to choose from.

Slowly but surely Blackberry’s market shrunk to only a small number of fans and to different entities who needed a stronger security for their data. Knowing that the end is near, BB went to Google and started a project together. This project materialized in the form of a smartphone, the Blackberry Priv. The name comes from “privacy” and not privy ( English word for outhouse), like I saw in an article once. 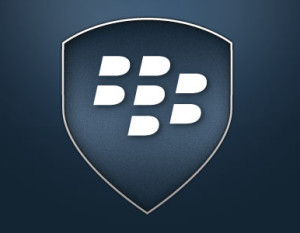 Priv has the potential to be a very successful device that combines Blackberry’s well known security features with the world’s most flexible apps platform. And to top it off, the 5.4″ touchscreen slides to reveal Blackberry’s impressive physical keyboard. At a first glance this seems to be a really amazing device, I’m hoping that they get it right and Priv will be the first in a long line of successful Blackberry devices.

You might think that only Blackberry has to gain from this project, if Priv is a success than Blackberry will survive and thrive. But there is also a lot to gain for Android as well. It’s a known fact that Android lacks in the security department and because of this they are losing users to Apple.

Creating a more secure Android version probably wasn’t a hard task for Blackberry, they have a long history of integrating Android technology. Previous versions of the BB OS had Android Player that was used to install Android apps and now the OS 10.3 can download and install APK files from the Amazon Store without any other trick or app.

Here are a few features that Blackberry brought to the table to enhance Android’s security:

I can hardly wait to see the Blackberry Priv in stores. Like I said earlier, if this device is successful it will open the gates for a new breed of smartphones. Rumors regarding the price tag say that it will cost around 650-700 US$. Depending on the type of information you process with your device, that might be a price too high to pay for enhanced security.

I have always been eager to try out any gadget I could get my hands on. I became a tech journalist so that I could always be around technology and see the newest devices. I use gadgets every day to make my work and life easier. I have enough experience to know If a device is actually improving my activity, offers something useful or new. I will post my honest opinions and judge a device as objectively as I can.
@https://twitter.com/Colin27Anderson
Previous Lenovo Yoga 900- New Competitor of the Surface Book
Next Gear S2 Experience App Offers a Virtual Try- On