Home / Smartphones / Samsung Galaxy On5 and On7, specifications and features revealed 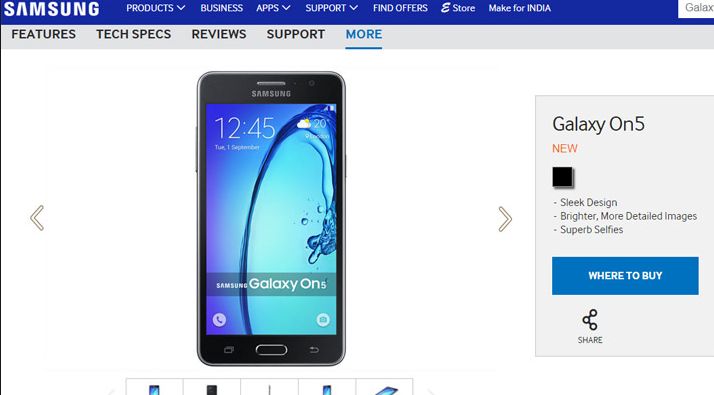 Samsung Galaxy On5 and On7, specifications and features revealed

It was long rumored that Samsung was working on a Galaxy O series of smartphones. Now, they’re here under the name of Galaxy On5 (model number SM-G550) and On7 (model number SM-G600). While the two devices haven’t been announced yet, their support pages are available over at Samsung India’s official website.

In terms of specifications, both the Galaxy On5 and On7 are pretty similar and are equipped with a 1.3 GHz 32-bit quad-core Samsung Exynos 3475 processor paired with a Mali-T720 MP1 GPU and 1.5 GB of RAM. The phones come with 8 GB of internal storage of which around 4.3 GB is usable, but it’s expandable by a microSD slot up to 128 GB. Connectivity options on both include dual-SIM card slots, 4G support, Wi-Fi 802.11 b/g/n, Bluetooth 4.1 and GPS.