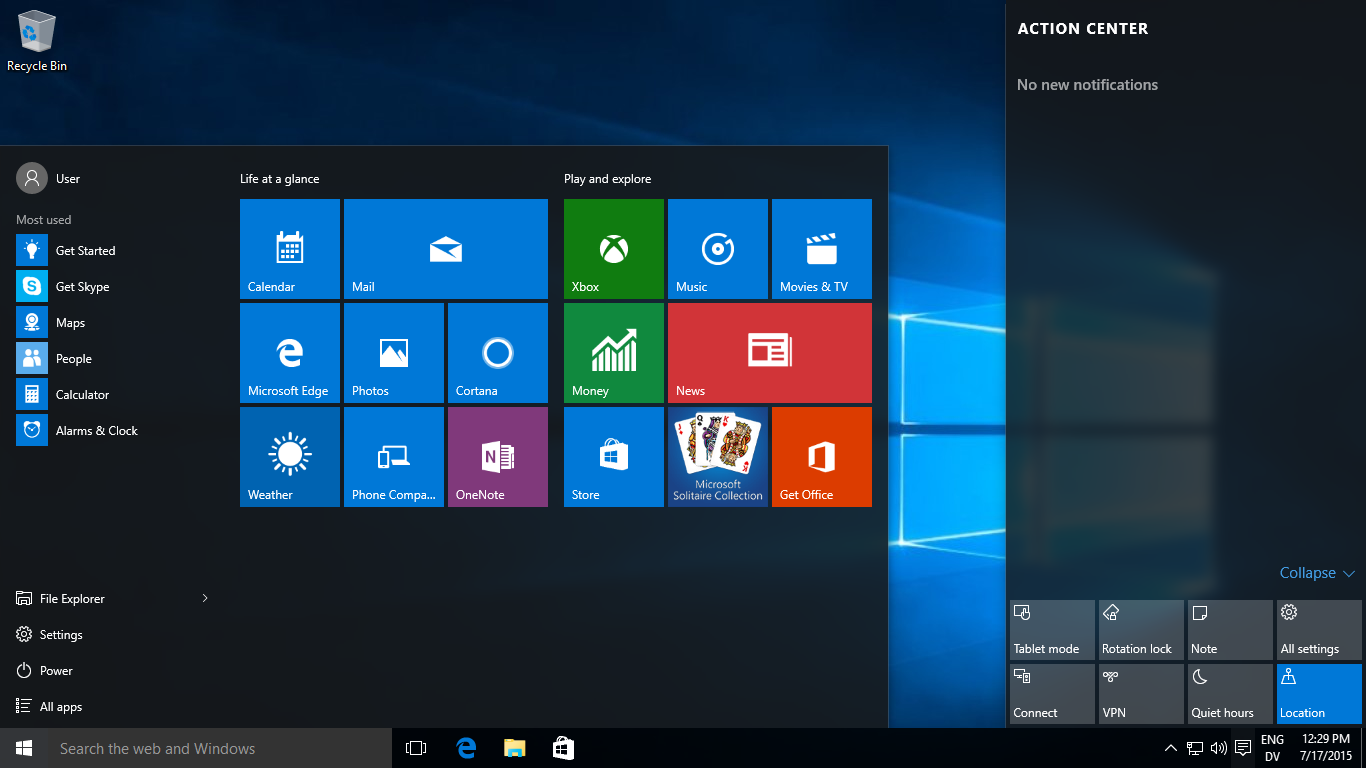 In 2016, Windows 10 upgrade will be recommended

There were a lot of rumors lately, regarding some Windows 7 and Windows 8.1 users that were forced to upgrade to Windows 10. I have not been able to find out more about this delicate subject but, instead, I found out something else. It is an official information from Microsoft, so no more with uncredited assumptions and rumors. Microsoft informs us that, in 2016, Windows 10 upgrade will become a recommended update. Please note that, in Microsoft’s philosophy, “recommended” could sound very similar with “mandatory”.

For the time being, Windows 10 is only listed as an optional update. But Microsoft wants to reach over 1 billion worldwide users and this is why they will add this update as recommended, instead of just optional, as we were used to. This means that users could wake up with Windows 10 from only 2 clicks, if they were not careful. The upgrade could also run over night, without the user intervention. Imagine, you click on yes without being careful and the second day you wake up with a brand new Windows 10 OS. Is this a Halloween magic or what?

However, Microsoft announced that users will still be able to opt not to install the Windows 10 update. Furthermore, they will not be stressed anymore with the dedicated update message, once they rejected the update. We will live and see if this promise is respected. Microsoft does all these moves as a pretext that they are working hard, in order to do this upgrade as easiest as possible for all the users. But the truth may be slightly different, Microsoft might just intend to promote Windows 10 harder to everyone. But in the end, only the users should decide if the latest Microsoft OS is worth or not the upgrade. Microsoft’s “recommended update” help could just be too much for the ordinary users. I would say it is a risky marketing move and a subject to talk about it for a long time.

As long-time IT enthusiasts, gamers and gadget fanatics, Mark and I have been working in the industry for a long time and we both have a vast experience in dealing with smartphones, tablets, PC and console hardware and everything tech-related. My list of industry insiders is long-enough to allow me to get insights into what's going on in the technology field and provide my readers with interesting and timely updates. I focus on brief, to-the-point reporting, keeping the "bla bla" to a minimum and making sure my readers get easy access to important information and updates. I mainly specialize in Android-based mobile devices, leaving iOS and Apple devices in Mark's capable hands.
Previous G4 Stylus vs Note 5 – a stylus duel
Next Everbuying offers you the chance to buy a OnePlus X