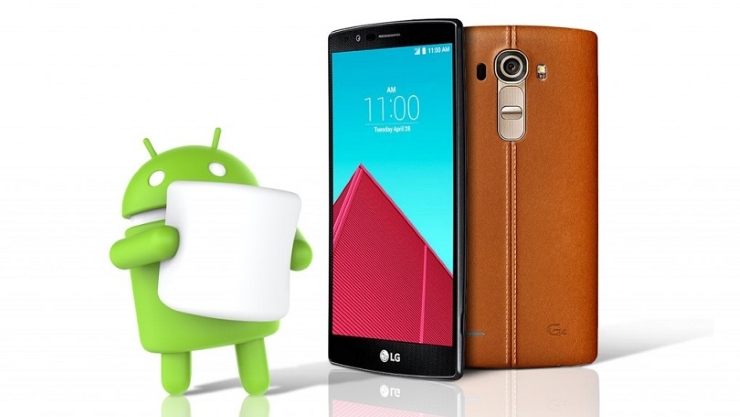 Everyone is looking forward to the Android Marshmallow update to reach their smartphones ever since the new software was officially released by Google back in October last year. LG was one of the first companies to roll out the software update to one of its models, the LG G4, which received the new version of the operating system in October 2015. To be more exact, G4 users in Poland were the first non-Nexus users to get the software update. Just after a couple of weeks, LG G4 users from South Korea and some select countries from Europe also got the update. In the USA, however, Sprint is the only carrier that begun rolling out the update to LG  G4 devices.

The G4 is not the only LG smartphone model to receive the software update, the LG G3, LG V10, and the LG G Flex 2 are also on the South Korean company’ list of devices that will get the Android Marshmallow update. As a matter of fact, in Poland, the LG G3 already got the update, so it is expected to get to other countries too for the same smartphone model. The update will be rolled out in stages, so users shouldn’t expect to see it in at the same time as other users who own the same smartphone model will. The OTA update could take several weeks to roll out, and it really depends on the model number, the region, and the carrier of a person when they will get the long-awaited Android Marshmallow update.

It seems that all LG G4 devices in the US will get the Android Marshmallow update in February at the latest, probably even before the end of January. Other models will follow shortly, starting with the LG G3 that already received the latest software in Poland. The G3, the LG V10 and the LG G Flex 2 are all in line, so they will all get the update in the near future. If you own one of these smartphones, you can expect the OTA update notification to roll out to your smartphone in the next couple of weeks.

I have always been eager to try out any gadget I could get my hands on. I became a tech journalist so that I could always be around technology and see the newest devices. I use gadgets every day to make my work and life easier. I have enough experience to know If a device is actually improving my activity, offers something useful or new. I will post my honest opinions and judge a device as objectively as I can.
@https://twitter.com/Colin27Anderson
Previous Microsoft Lumia 650 Design Confirmed by Leaked Image
Next LG G5 Launches at MWC 2016, Possible Features