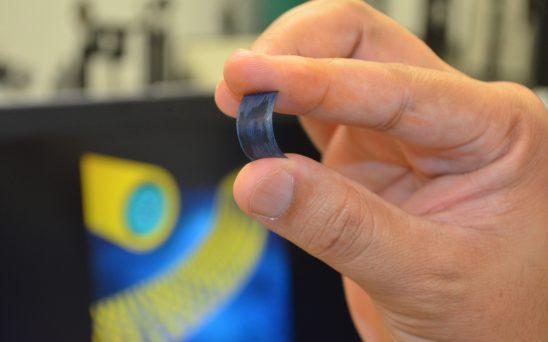 Gadgets become more impressive with every generation, but unfortunately, the majority of them have one big throwback: their batteries. These prove to be insufficient for the processing power of the devices, and last only for a day, maybe a little more in some cases. According to The Telegraph UK, a team of researchers has developed a battery that could be able to last for up to a week on a single charge. What really makes the difference is that users would only need to charge the battery for a few seconds in order to store enough energy for a week.

The new battery is a really small device, around the size of a fingernail. This would allow developers to use it in smartphones and other gadgets also, without major impact on their designs. Another impressive feature of the small device is that it can be charged over 30,000 times without it tiring down. Given the fact that the Lithium-ion batteries we now have in smartphones can support only a few hundred charges before they get tired, this is a major breakthrough. According to Professor Nitin Choudhary, one of the researchers behind the new technology, “If they were to replace the batteries with these supercapacitors, you could charge your mobile phone in a few seconds and you wouldn’t need to charge it again for over a week.”

Smartphone and other gadget manufacturers nowadays desperately try to deliver devices that are thin, so they usually compromise on the size of their batteries. With the aforementioned supercapacitors, the design could remain the same, but users would get a whole lot of energy. Recharging gadgets daily would become history, making a lot of people really happy. After all, no one appreciates it when they gadgets run out of energy exactly when they need them most.

I'm very curious when it comes to technology. I enjoy tinkering with entertainment and communication gadgets.
Previous HTC 10 Evo is the International HTC Bolt
Next Android Nougat Begins Rolling out to HTC 10 Friday