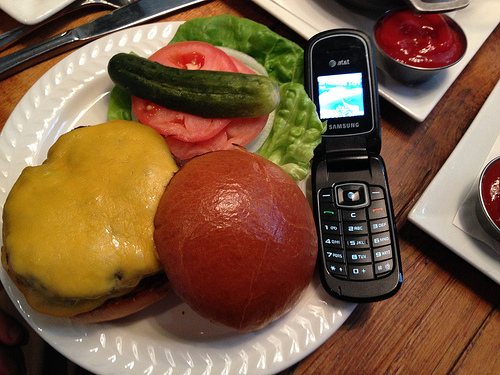 6 Smartphone Trends to look forward to in 2017

Although 2016 was a fantastic year for smartphones, 2017 is already gearing up to blow it out of the water, so it stands to reason that gadget lovers and smartphone addicts are beyond excited to see what sorts of smartphone trends 2017 has in store. From thinner, faster, and smarter devices to the possibility of virtual reality on even low-market phones, the new year sparkles with promise. Instead of penning a last-minute holiday list, check out the biggest upcoming smartphone trends — it’s worthwhile to wait for all those extras, upgrades, and add-ons.

Is the Flip Phone Coming Back?

It’s certainly a possibility that soon, the flip phones that were so popular in the late 1990s and early 2000s will see a comeback — but with a new, updated twist, thank goodness. Specifically, Samsung is reportedly bringing a folding smartphone into the marketplace, as are several other brands. That’s understandable, not to mention quite smart — if it’s done correctly, of course. Smartphones get larger with each new generation. Although it’s nice to have a large screen, it gets tricky when you’re trying to shove a huge phone into a small pocket or purse. A phone that folds could take care of that problem.

A Much-Needed Evolution in Processor Technology

With more people using their phones to do nearly everything, it’s about time that smartphones have more powerful, faster processors. Fortunately, that’s the plan for 2017. As a result of better chip technology, most smartphones should roll out with smoother graphics and faster apps. Rumors of phones using Snapdragon 835 and Helio X3 mean that upcoming models will perform more like PCs than mere phones.

People are tired of spending hundreds of dollars on their smartphone of choice, only to scratch it, break it, bend it, or otherwise damage it within a month or two. Today’s phones are unquestionably sleek, snazzy, and even kind of sexy. They’re slim but still large, and not all of them are like the durable Galaxy S7 edge, with its water and dust resistance — not yet, at least. In the coming year, smartphone manufacturers are finally answering the call of the frustrated, sometimes clumsy consumer. New phones promise durability that doesn’t detract from the design.

Here’s a trend that’s sure to please anyone who fears the pain and horror of a dying phone battery. In 2017, new phones should come equipped with some serious juice. For example, Qualcomm has some incredible technology in the Quick Charge 4, which can allow phones to charge for five minutes, then run for up to five hours. Batteries will last longer and will charge at a faster rate, largely thanks to USB-C cables, which can carry much more power to the battery.

A New Way to Listen

Apple recently felt the wrath of its community by sending out the iPhone 7+ with no headphone jack, just a lightning port. This trend is set to continue well into 2017, and well beyond Apple products. Wireless audio is the wave of the future. The result is that many new phones will likely rely on Bluetooth technology for earphones and headsets.

The good news is that Bluetooth 5 is also coming up. This advance allows Bluetooth devices to work twice as fast. Better still, Bluetooth 5’s range is four times better, so you can get farther away from the source without losing your Bluetooth connection.

LTE at the Speed of Light

Don’t fear the lack of a Wi-Fi connection in 2017 — or, at least, don’t fear it as much. LTE speeds will see a huge boost, so that you should soon be able to upload and download on LTE at speeds rivaling your Wi-Fi connection.

For smartphone fanatics, 2017 is already looking better than 2016. The only problem is that the anticipated technologies are so exciting, you may get impatient before you get to try out your favorite new trends. Which ones are you looking forward to the most?