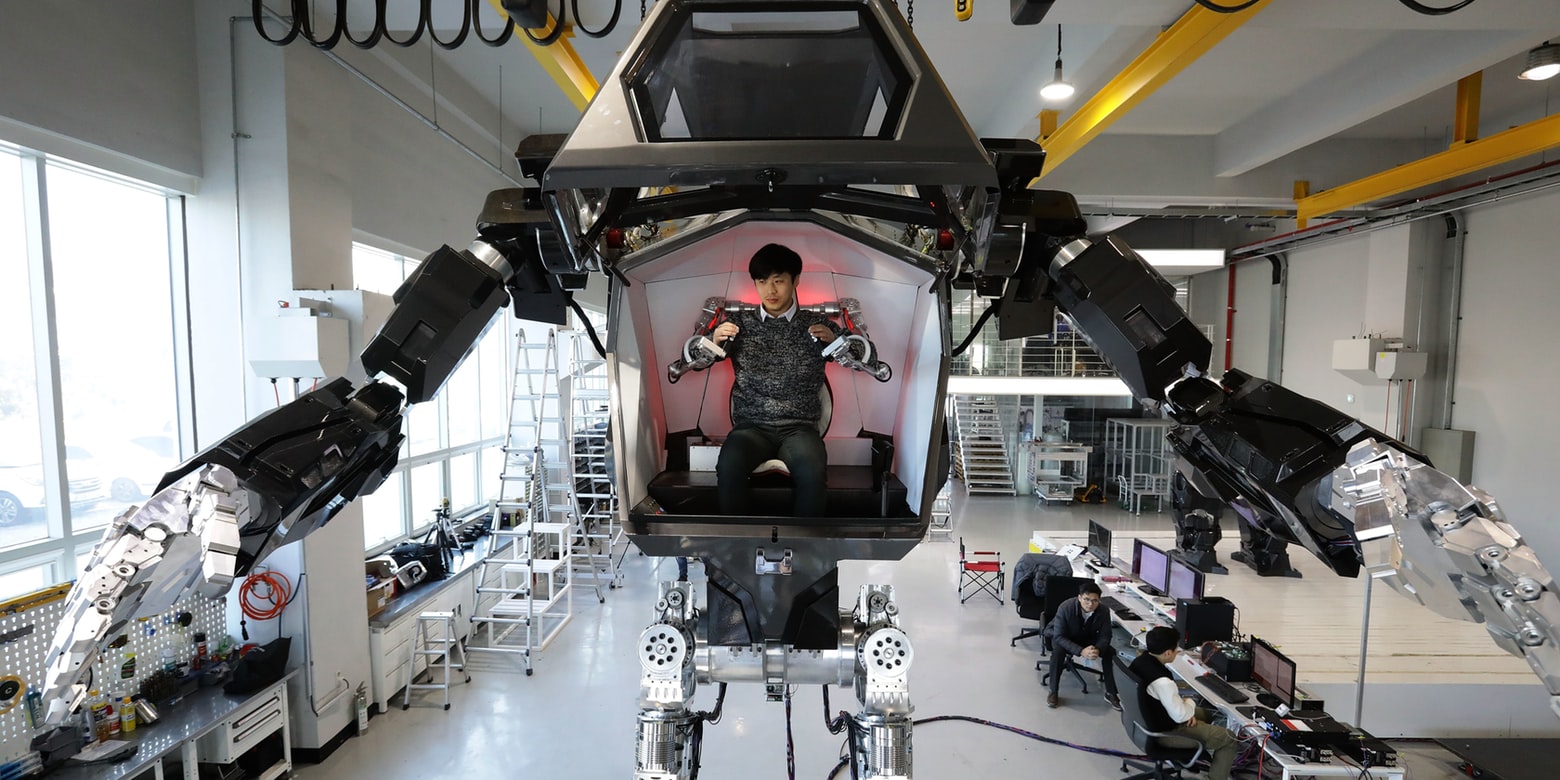 Whether we admit it or not, all of us like robots. Especially when it comes to supersized ones. They fascinate us, mainly because they can be extremely useful. Even though we are already surrounded by huge robots, until now there weren’t any manned mechs to admire. The new year has brought us one, the METHOD-2. Or ate least, so it seems. It is the work of conceptual designer Vitaly Bulgarov, in collaboration with Korean company Hankook Mirae Technology. Some people might have heard Bulgarov’s name before, given the fact that he used to be an industrial designer for Panasonic, Intel’s New Devices Group, and Google’s Boston Dynamics.

Vitaly Bulgarov posted a video showing off the giant robot in action. The manned humanoid robot is 4 meters tall, and it is bipedal. The control room is near the head of the robot, and a person can easily fit in it. This is where all the magic happens. The controller can move the robot’s arms and legs. Even though the video shows a humanoid robot that is still tethered to a power source and relies on a chain hoist to keep it upright, it’s safe to assume it will be autonomous soon. And when that happens, the robot can prove to be useful in several fields. We can imagine this kind of manned mechs helping around on construction sites, and even in war zones.

One odd thing is that the developing company doesn’t seem to be eager to take credit for their work. After the release of the video showing off the METHOD-2, Live Science contacted Hankook Mirae Technology for more information regarding the giant, but they didn’t manage to find the engineers that are currently working on the project. According to Bulgarov, the company doesn’t want to shed any light on the project until they can deliver a truly amazing product. It is also possible that the company just didn’t expect this kind of attention from the media. This is why they didn’t get to prepare for an official statement or a press release regarding their robot.

Of course, the video could also be a hoax and we could get ahead of ourselves without a serious reason. However, the designers who work on the project seem to be quite confident that they will unveil the METHOD-2 sometime this year. We are looking forward to hearing more about the project.

I have always been eager to try out any gadget I could get my hands on. I became a tech journalist so that I could always be around technology and see the newest devices. I use gadgets every day to make my work and life easier. I have enough experience to know If a device is actually improving my activity, offers something useful or new. I will post my honest opinions and judge a device as objectively as I can.
@https://twitter.com/Colin27Anderson
Previous Coby Core Mini Mojo Speaker Debuts at CES 2017
Next FENWATCH is the First Porcelain Smartwatch to Come to Kickstarter