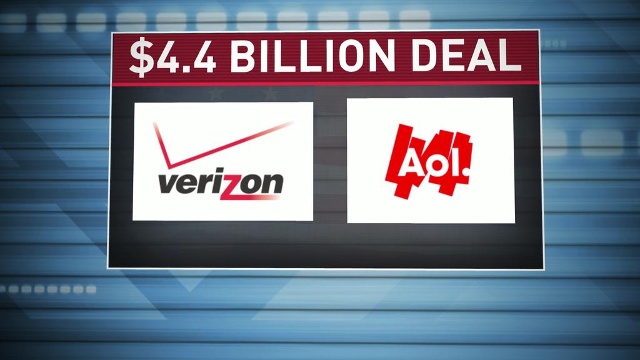 Verizon buys AOL for a record sum of money

Verizon buys AOL for a few billions dollars! Verizon announced that they will buy AOL, the well known Internet media company. The price was set at 4,4 billion $, which is a lot of money. Verizon did this purchase because they have a LTE and an Internet video strategy and in the same time they have plans to approach Internet of Things.

Verizon’s ambitions are very high. In fact, they want to offer their customers something we call a premium digital experience, based on a global multi screen network platform. This AOL acquisition allows Verizon to have and to provide a cross screen connection for advertisers, consumers and creators. At least, this is what Lowell McAdam, Verizon chairman and CEO, has recently said to the Media.

Verizon is already preparing to enter on the Internet TV service market. McAdam said AOL is something like a digital trailblazer that has focused on digital advertising and content, much like Verizon. AOL is expected to help Verizon increase revenues in the future on this marketing niche. McAdam recognized that more people are making pressure on Verizon to provide the Internet TV option. As soon as this deal will be closed, AOL will become a subsidiary of Verizon. Tim Armstrong will continue to lead AOL, so the change will be a smooth one.

Verizon will also try to satisfy its FiOS customers with customized bundled offers. Some networks, like ESPn for example, believe that this would violate existing contracts. Custom TV in Verizon’s strategy, is to meet any customer objection but to still have a thriving business model.

AOL, on the other hand, was one of the earliest American ISP’s, still having more than 2.1 million dial-up subscribers. Their greatest deal was made in 2000 when they bought Time Warner for 182 billion $. Some called this deal a major disaster. Besides, Time Warner spun off AOL in 2009. AOL is well known for having powerful media holdings like The Huffington Post, which also has a massive video presence via HuffPo Live.

As long-time IT enthusiasts, gamers and gadget fanatics, Mark and I have been working in the industry for a long time and we both have a vast experience in dealing with smartphones, tablets, PC and console hardware and everything tech-related. My list of industry insiders is long-enough to allow me to get insights into what's going on in the technology field and provide my readers with interesting and timely updates. I focus on brief, to-the-point reporting, keeping the "bla bla" to a minimum and making sure my readers get easy access to important information and updates. I mainly specialize in Android-based mobile devices, leaving iOS and Apple devices in Mark's capable hands.
Previous Microsoft spends money in undersea cables
Next The Moto 360 vs Apple Watch – Battle for supremacy