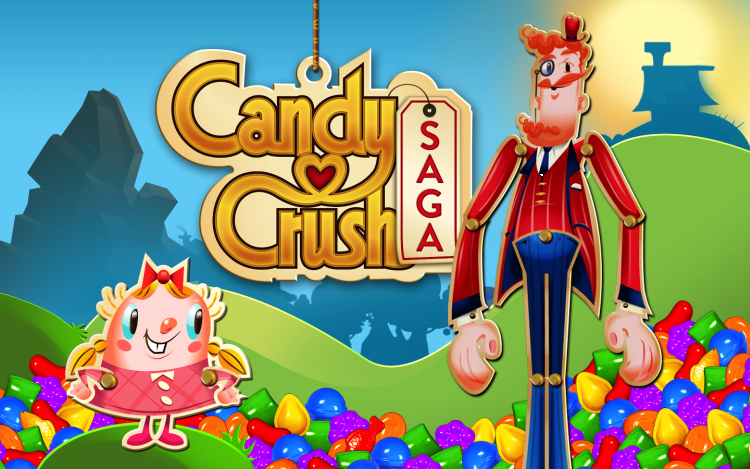 Candy Crush Saga is freely delivered along with Windows 10

Candy Crush Saga, the famous game played by millions of users on mobile phone with Android, iOS and Windows Phone, will soon be delivered on desktop pc’s. In this way, millions of accountants, officials and other bored desk employees will be able to spend their time in a totally unproductive but funny way.

Joined to the already classical Windows video games like Solitaire and Minesweeper, Candy Crush Saga will be found as pre-installed on all Windows 10 editions. The game versions which were installed benefit of free upgrade for the previous Windows versions.

According to Microsoft, the game will contain cross play options. This way, you will be able to continue game sessions from your Android or iOS based mobile phone. These are good news from Microsoft but they do not stop here. The big company from Redmond announced that they will also bring on Windows 10 other cool games, signed by King, who is the producer for Candy Crush Saga. These games are very much played by users and they are appreciated as a relaxing way of spending free time. If you want to have a chill relax, these types of games, like Candy Crush Saga, are the best choice. They are not difficult at all but they are addictive. You won, you completed a level but you want to complete the second, then the third and so on. When you watch the clock, the surprise is big because you spent maybe hours just for matching 3 bonbons of the same color. What had we done if there haven’t had been invented PC, Internet and games? I don’t know but the reality is…who cares? I have some Candy Crush levels to finish, meanwhile!

As long-time IT enthusiasts, gamers and gadget fanatics, Mark and I have been working in the industry for a long time and we both have a vast experience in dealing with smartphones, tablets, PC and console hardware and everything tech-related. My list of industry insiders is long-enough to allow me to get insights into what's going on in the technology field and provide my readers with interesting and timely updates. I focus on brief, to-the-point reporting, keeping the "bla bla" to a minimum and making sure my readers get easy access to important information and updates. I mainly specialize in Android-based mobile devices, leaving iOS and Apple devices in Mark's capable hands.
Previous Verizon and AOL: The Future of the Mobile
Next Asus ZenPad Tablets leaked?