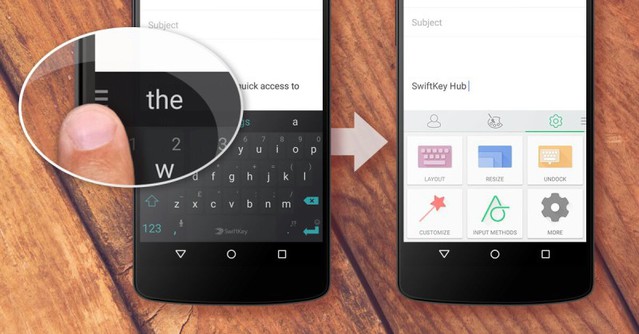 SwiftKey for Android – a new design and improved functionality

SwiftKey for Android, the popular keyboard for mobile devices received some improvements. The Android version features a new design for the default interface theme, an extended set of supported languages and the integration with Dashlane, a password manager with advanced features for protecting email accounts.

The new version of SwiftKey for Android adds support for 22 dialects used in India: Dogri, Bodo, Kashmiri, Konkani, Maithili, Manipuri, Sanskrit, Santali and Sindhi, completing the set of languages already supported. In addition, adding the support for integration with Dashlane password manager allows management of the authentication data directly with SwiftKey keyboard, simplifying the secure authentication of the user accounts.

Called Carbon, the new interface theme, applied as the default choice when installing SwiftKey Keyboard for Android, is designed to improve readability in adverse conditions, such as using a mobile phone under bright light or high visibility for the secondary characters.

The new version of SwiftKey for Android can be downloaded and used for free by visiting the Google Play app store. Optionally, the standard set of interface themes can be extended by choosing from the collection of over 70 interface themes available for a fee, compatible with any screen size and resolution.

By receiving these new improvements, Swiftkey for Android is more and more similar with a real pc keyboard. The progress is very visible for any experienced user. The times when we struggled to find the proper letters and numbers are gone and now we became familiar with mobile keyboards, same as the old personal computers. This is impressing and I am sure we will see other better improvements like this in the near future.

As long-time IT enthusiasts, gamers and gadget fanatics, Mark and I have been working in the industry for a long time and we both have a vast experience in dealing with smartphones, tablets, PC and console hardware and everything tech-related. My list of industry insiders is long-enough to allow me to get insights into what's going on in the technology field and provide my readers with interesting and timely updates. I focus on brief, to-the-point reporting, keeping the "bla bla" to a minimum and making sure my readers get easy access to important information and updates. I mainly specialize in Android-based mobile devices, leaving iOS and Apple devices in Mark's capable hands.
Previous ZTE coming to the U.S. with new bezelless smartphone
Next Did Microsoft conquer the mobile operating systems market?