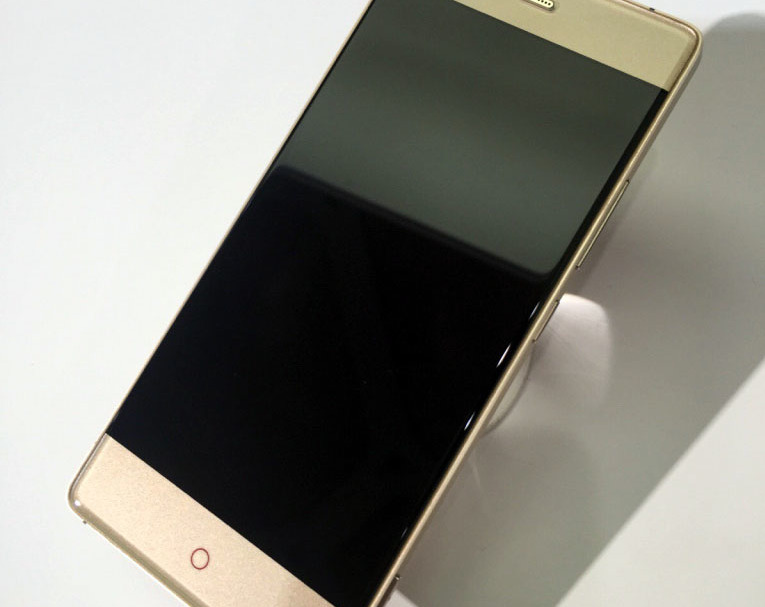 ZTE coming to the U.S. with new bezelless smartphone

The bezelless smartphone is the newest trend in the smartphone industry and we’re seeing companies like Oppo, Sharp, Samsung and ZTE working on new handsets that adopt the bezelless display technology and design language. ZTE has impressed quite a few people with the ZTE Nubia Z9, a high-end handset with flagship specs and a bezelless design, but it looks like the company is taking it one step further as render images of a completely new ZTE device have surfaced on Weibo.

The new bezelless smartphone from ZTE is going to take on the likes of the Galaxy S6 and Galaxy S6 Edge from Samsung, as it employes a curved 2.5D glass on each side of the phone, so as to promote the premium feeling of the bezelless smartphone. We don’t have a name for this device yet, but sources say it will be part of the Nubia line-up, and as such, will bear a name similar to the ZTE Nubia Z9.

Specs of this alleged bezelless ZTE phone include a massive 5.5 inch display that goes from side to side, with a Full HD resolution of 1080*1920. Although specs of the device were not confirmed by the company, we presume that it’s going to have a 64 bit octa-core MediaTek processor, 3 GB RAM and 64 GB internal storage.

In the renders, the new bezelless Nubia seems to be sporting a metal frame around the edges, bearing some similarities to Oppo’s newly launched Oppo R7 smartphone. The camera on this device is unknown, but we do think that ZTE will go for a 13 MP sensor on the rear with optical image stabilization included and a 5 MP camera on the front, to have that selfie-compatible spec sheet on fleek.

Since these are just leaked renders and ZTE has not confirmed any new releases thus far, we’re waiting for word from the Chinese company. We’re positive that some new information about the bezelless new smartphone will come to light in the following few weeks. Until then, there are plenty of reasons to settle for the ZTE Nubia Z9.

Hi fellow tech enthusiasts! I'm Mary. I enjoy writing about tech, but I love tinkering with gadgets more. If it can take a screwdriver, leave it to me to fix it (or brick it). I'm passionate about Android and I'm all in for Google, but I don't stray from Apple nor Windows, so I'll keep you up to date on everything mobile (or stationary).
Previous Huawei Honor 7 release date pegged for June
Next SwiftKey for Android – a new design and improved functionality