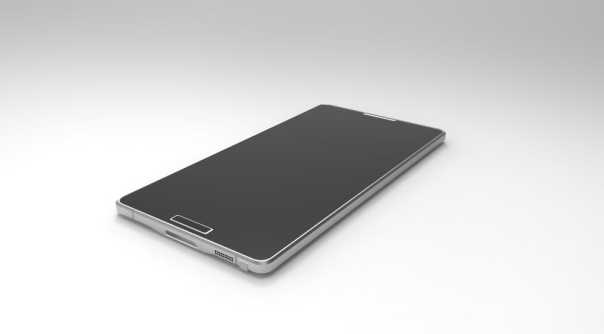 There are few smartphone lines out there that enjoy the steady approval of a very significant mobile-user base, and Samsung‘s top-tier Galaxy Note 5 is certainly on top of that list. That’s probably because the Notes have rarely been regarded as phones, and are more often considered slightly more. After all, the Note is a phablet, and the upcoming Samsung Galaxy Note 5 certainly seems to garner plentiful interest this year too. As we’ve highlighted last week, it isn’t long until we’ll see some solid, official specs for the 2015 Samsung flagship, and this premonition is certainly becoming true.

Well established tech site PhoneArena has recently revealed some very interesting details about the upcoming note, which, as we can expect, will feature top of the line hardware. Nobody was actually worried in that regard, although after the lack of microSD support on the Samsung Galaxy S6, older fans of the Korean tech giant certainly have a few questions that need answering. That being said, we still don’t know the specifics when it comes to the internals of the 2015 flagship phablet, but we’ve seen some extremely interesting features popping up. For one, the phone will benefit from a mammoth battery of 4100mAh, potentially eliminating the assumption that powerful and big phablets come with poor battery life. Considering the Note 5 is rumored to have a 5.9 inch display, that’s likely going to be needed to.

Sadly, the previous rumors about the Note 5 having serious 4K capabilities have been largely discounted by PhoneArena’s inside sources, which claim 4K is still in a highly experimental stage at this point, and thus, is unlikely to appear in any close-future Samsung phones. This isn’t extremely surprising, given that 4K is something even high-end PCs struggle with. What they did however more or less confirm is that the Note 5 will benefit from some great connectivity features, including the highly sought-out Type-C USB port. Wireless charging is pretty much a given at this point, and it seems we’ll also be seeing UFS 2.0-powered internal storage.

Officially though, it’s unreasonable to expect any official reveals about the Samsung Galaxy Note 5 prior to Berlin’s IFA 2015, which is the tech event Samsung likes to reveal its Note phablets. As the event takes place early in September, we still have about 3 months of waiting until that time. However, there’s definitely something to look forward to. What would you like to see in the Galaxy Note 5?

As long-time IT enthusiasts, gamers and gadget fanatics, Mark and I have been working in the industry for a long time and we both have a vast experience in dealing with smartphones, tablets, PC and console hardware and everything tech-related. My list of industry insiders is long-enough to allow me to get insights into what's going on in the technology field and provide my readers with interesting and timely updates. I focus on brief, to-the-point reporting, keeping the "bla bla" to a minimum and making sure my readers get easy access to important information and updates. I mainly specialize in Android-based mobile devices, leaving iOS and Apple devices in Mark's capable hands.
Previous A Release Date Hinted for Google’s Nexus 5 2015
Next Go Eye to Eye with EyeIn: The First Visual Search Engine