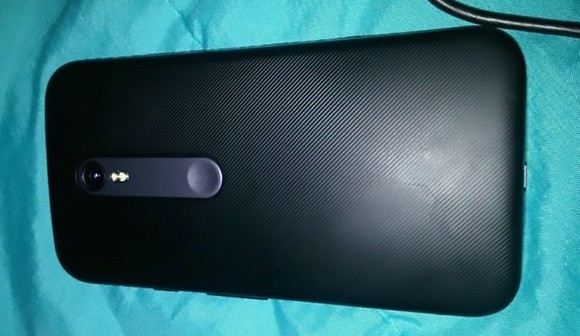 Motorola’s Moto G is the company’s flagship handset and sold over 6.5 million phones in 2014 making it the companies strongest brand by far. The Moto G doesn’t have the features of the iPhone or a lot of other Android devices, but it made up for it by an affordable and reliable piece of hardware. But according to Indian retailer FlipKart, the popular handset may be getting an upgrade soon.

According to listing, which has since been removed, the Moto G 3 is almost identical to the current gen in several import aspects including RAM, screen size and internal storage. These small changes may come as a disappointment to some, but I’m not sure how many changes Motorola could have made if they want to keep the Moto G 3’s price in line with its predecessor.

There are two big changes coming to the Moto G 3: A new processor and an upgraded camera. The Moto G 2’s processor is  the 32-bit Snapdragon 400 and the Moto G 3 will supposedly have a 64-bit processor in the form of the Snapdragon 401. It’s difficult to tell how much of an impact this will have on performance given that most of the other specs are identical.  The camera is also getting a fairly decent upgrade with the rear camera being boosted to 13 megapixels and the front-facing camera going up to five.

Overall, I think the main determining factor in the 3rd gen Moto G’s success will be the price point as the affordability factor is a a major reason for the brand’s success. We’ll have to wait and see what the price will be, but I’d be surprised if it wasn’t comparatively priced to the Moto G 2.

At first researching gadgets and technology was just a hobby, but it quickly became a lifestyle and a full-time job.
Previous Samsung Damages Their PC Community By Disabling Windows Update
Next Microsoft Office now runs on Android phones